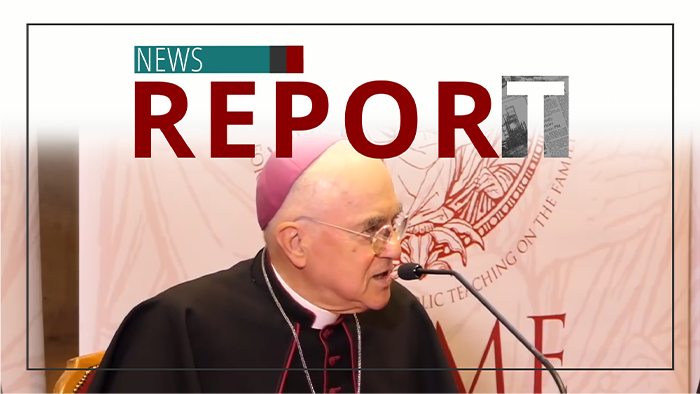 Archbishop Carlo Maria Viganò, a Vatican whistleblower now living in hiding, said this in a recent letter to a cloistered nun.

He accused members of the Church's hierarchy of "openly placing themselves at the service of the prince of this world."

Viganò went on to argue, "What is being created is a single world religion without dogmas or morals, according to the wishes of Freemasonry. It is obvious that Bergoglio — along with those who are behind him and support him — aspires to preside over this infernal parody of the Church of Christ."

Also in the letter, he slammed the abandonment of Tradition that came after the Second Vatican Council as a "conciliar cancer" that afflicts the Church even today.

Archbishop Viganò has been in hiding since August 2018, when he issued a damning testimony about Pope Francis' ties to notorious homosexual abuser Theodore McCarrick — a now-laicized ex-cardinal.

He has issued a number of statements since then, including a May 7 public appeal opposing encroaching government tyranny during the Wuhan virus pandemic.

In the recent letter, Viganò spoke of a spiritual battle to restore Holy Mother Church to her former glory through sound doctrine, prayer and penance.