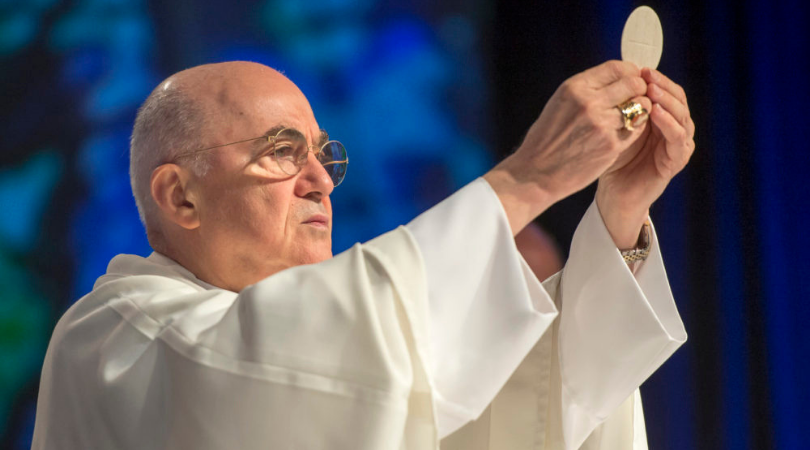 ROME (ChurchMilitant.com) - Creating a so-called "new Church" is a centuries-old project of Freemasons that has accelerated under revolution-minded clerics in the last 60 years, according to Abp. Carlo Maria Viganò.

In an interview published on Monday by Dr. Robert Moynihan, founder and editor-in-chief of Inside the Vatican, Viganò echoed the warnings from Pope Emeritus Benedict XVI published in April affirming that the current crisis of clerical sex abuse stems from a larger crisis involving widespread efforts to refashion the Catholic Church.

In a previous interview with Moynihan in August, Viganò named the "Jesuits" as key players in a "60-year-old plan" to bring a "new sort of thinking" into the "heart of the Church" that was "little interested in Catholic liturgy or morality or theology."

In this new interview, Moynihan asks the archbishop if the plan actually dated back even farther to dissident Jesuit theologians and even to the "French Revolution in 1789."

"I agree fully," Viganò replied. "Certainly it is a project, if you will, that goes back centuries, in particular, to the creation in the middle of the 1700s of freemasonry."

The archbishop then explains how these efforts to change Catholic doctrine and Church practice began to accelerate in the 1960s with Vatican II. The bishops, he said, had decided to keep the Council's original working documents, called schemas, but a Jesuit cardinal helped influence the Pope to replace them with new schemas drafted by liberal theologians:

The maneuver to nullify this decision came especially through the offices of one very prominent member of the Society of Jesus, Cardinal Augustin Bea. He and others were able to convince Pope John XXIII to set aside the prepared schemas and replace them with other schemas prepared by theologians especially from northern Europe, Hans Küng, Karl Rahner, and others.

Viganò added that this was the "beginning of an opening" in the "process of creating a new Church."

He then described how the Jesuits played a prominent role in misinterpreting the 16 documents authored during the Council. He tells of how the Jesuits met after the Council ended in 1965 and again in 1966 to discuss how to present specific "precise amendments" authored by then-Pope Paul VI. The outcome of these efforts by the Jesuits' was devastating, according to the archbishop.

"So what happened after Vatican II ended in 1965," said Viganò, "was absolutely the opposite of a policy of continuity, which would have been the correct interpretation of the Vatican II documents."

A "huge machine of media propaganda" quickly spread the false interpretations of the Vatican II documents, he said. He remarked how "similar media machinery" is currently trying to portray Pope Francis as being in union with his predecessors on Catholic doctrine and discipline.

This phrase 'new paradigm' is a strategy to cover up the true goal.

It's being claimed that "the 'new paradigm' of Pope Francis is in continuity with the teaching of his predecessors," remarked Viganò. "But it is not so, it is a 'new church.'"

"This phrase 'new paradigm' is a strategy to cover up the true goal," attests Viganò. "But it is used to mislead, to deceive, suggesting a continuity without revealing that they are seeking a discontinuity."

The archbishop harkened back to the essay published in April by Pope Emeritus Benedict XVI.

It would be opportune to remind readers "on this subject of the new Church what was published in April by Emeritus Pope Benedict on the project of founding a new church," recalls Viganò. "He said this would be a catastrophe."

In his essay, Benedict XVI writes, "The idea of a better Church, created by ourselves, is in fact a proposal of the devil."

This isn't the first time that Viganò has appealed to the writings of a former pope in warning the faithful about the dangers of a so-called new Church.

In an address to U.S. bishops at their general assembly in November of 2013, Abp. Viganò, then the apostolic nuncio to the United States, brought up a similar theme. Quoting a 1976 address given by Pope John Paul II to U.S. bishops before his election to the papacy, Viganò stated:

We are now standing in the face of the greatest historical confrontation humanity has ever experienced. I do not think that the wide circle of the American Society, or the whole wide circle of the Christian Community realize this fully. We are now facing the final confrontation between the Church and the anti-church, between the gospel and the anti-gospel, between Christ and the antichrist. The confrontation lies within the plans of Divine Providence. It is, therefore, in God's Plan, and it must be a trial which the Church must take up, and face courageously. 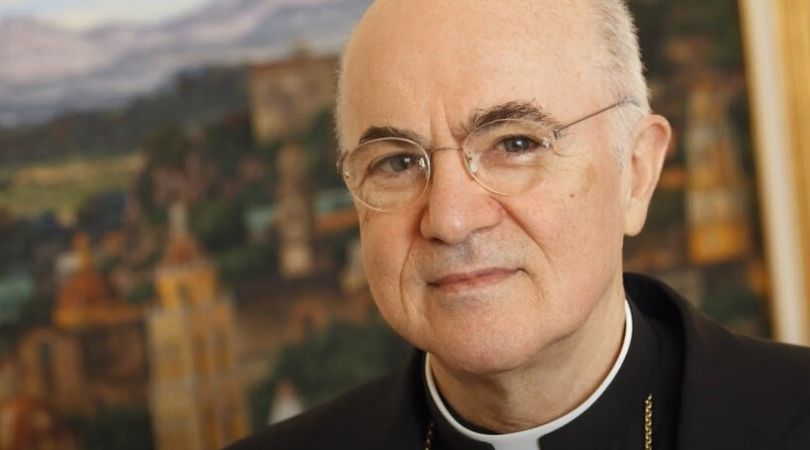