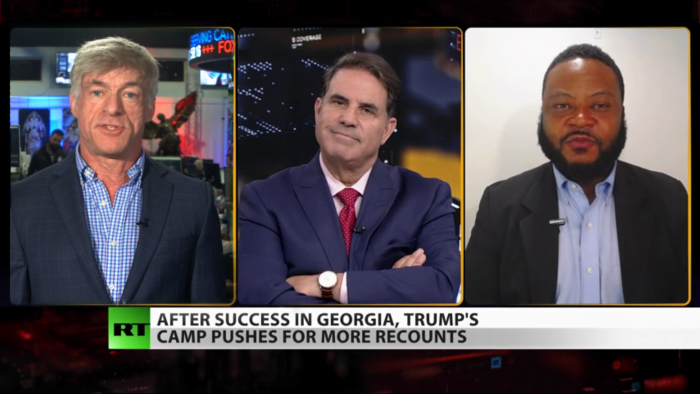 Trump should fight 'to the absolute end'

WASHINGTON (ChurchMilitant.com) - On Thursday, Michael Voris was featured on RT America's The News With Rick Sanchez.

Sanchez began the segment by asking Robert Patillo, a talk radio host and attorney from Atlanta, what he makes of GOP strategist Karl Rove's recent op-ed saying Joe Biden has won the presidency.

I think that would sink the Republicans in Georgia. Look, this is not — has not — been a fair fight. ... We know very good and well what's been going on for four years. The constant maligning and everything else — this was the entire swamp fighting back against Trump even before [Trump] was inaugurated, even before he won. ... This man has fought for the little people, for the whole America First program, which stands in stark contrast to the Democratic socialists. ... There is no way this man, Donald Trump, is going to cede anything to them ... This is a fight. He's doing exactly what he has every legitimate right to do, and he should pursue it to the absolute end.

Sanchez then asked Patillo if he is a socialist. The Georgia Democrat laughed and insisted he is a pro-life, pro-gun, free-market capitalist.

This is a fight. He's doing exactly what he has every legitimate right to do, and he should pursue it to the absolute end.

But Voris held his ground: "I'm not sure calling somebody what they are is name-calling. ... Let's face it, the party leadership is socialist."

Voris noted that whether or not Patillo considers himself a socialist, the talk radio host is supporting a party with those leanings, specifically referring to Rep. Alexandria Ocasio-Cortez as an openly socialist member of the party. 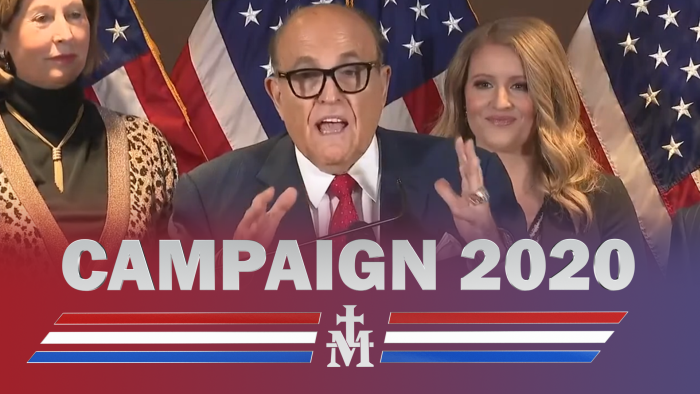