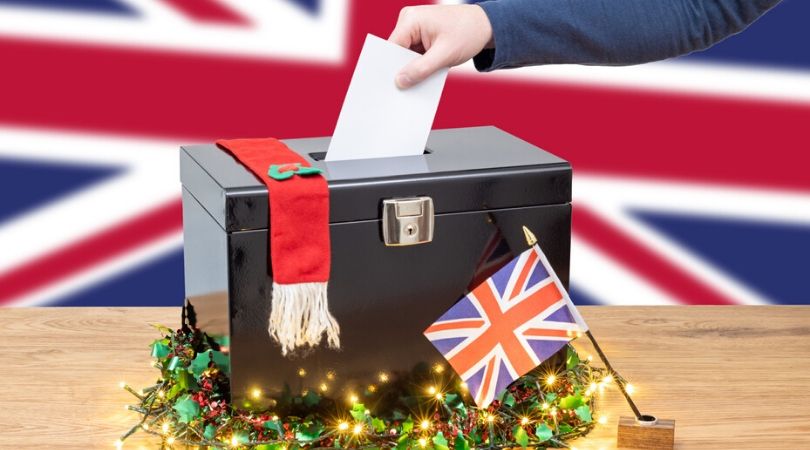 In face of victory, pro-lifers warn against complacency

LONDON (ChurchMilitant.com) - Britain's tectonic plates shifted Thursday as political parties pushing for the full decriminalization of abortion were pulverized in the biggest defeat ever in recent election history.

No prominent pro-life Member of Parliament (MP) in mainland Britain lost their seat, while leading pro-abortion political candidates were defeated by significant majorities, the Society for the Protection of the Unborn Child (SPUC) said in a statement Friday morning.

The leftwing Liberal Democrats who ousted Catholic MP Rob Flello for his opposition to abortion and same-sex marriage suffered the worst defeat, with pro-abortion leader Jo Swinson losing her seat in Scotland.

The Liberal Dems — who promised in their manifesto to decriminalize abortion and introduce abortion up to birth for any reason — were left with only 11 seats, a day after Flello announced that he was suing the party for anti-Catholic bigotry.

SPUC Scotland CEO John Deighan said, "There are many marginal seats in Scotland and the pro-life vote is therefore important. It is very significant that Jo Swinson, the leader of the Lib-Dems with a manifesto commitment to extend abortion, has lost her seat in Scotland."

In 2017, evangelical Christian MP Tim Farron was forced to step down as the leader of the Lib Dems, after coming under fire for calling homosexuality a sin. Deighan also slammed the Labour Party for its radical pro-abortion position in its manifesto.

Out of 650 seats, the Conservatives won a landslide 365 seats.

"Labour now seems to have truly lost swathes of traditional votes that it once relied on in Scotland," he observed.

Pro-abortion Labour MP Dennis Skinner — who mocked traditionalist Catholic politician Jacob Rees-Mogg, saying that his "stupid" comments on abortion and same-sex marriage may have "counted himself out" of any future leadership contest and called President Trump a "fascist" — also lost his seat.

Rees-Mogg won his seat in North East Somerset with 50.4% of the vote and an increased majority of 14,729 over his Labour rival.

The Conservative MP, who has praised the Tridentine Mass and says he tries to pray the Rosary daily, called out anti-Catholic bigotry after progressive politicians challenged his support for Catholic teaching on abortion and sexuality.

"I am asking you, why do you pick on the views of the Catholic Church? I make no criticism of any of my colleagues, but do you believe in religious tolerance?" he asked in a 2018 interview.

Out of 650 seats, the Conservatives won a landslide 365 seats. Labour captured 203 seats, the Scottish Nationalist Party took 48 and the Liberal Democrats hung on to just 11.

Meanwhile, four new MPs who advocate for the decriminalization of abortion have won seats in Northern Ireland. Three of these will take their seats in the House of Commons.

It is a relief for those who care about the rights of unborn children in the U.K. to see Labour and the Lib Dems comprehensively defeated last night. The Labour manifesto contained full decriminalization of abortion — that is abortion up till birth — whilst the Lib Dems wanted to decriminalize up till 24 weeks (this would have legalized sex-selective abortion). Thankfully these extreme proposals which seemed plausible within certain Westminster bubbles have been shunned by the electorate.

"The Democratic Unionist Party also lost two seats and we are yet to see how all the new MPs will vote on life issues," he noted. "What's more, the abortion lobby has never really relied on the government to propose changes in its favor; it has often managed to prevail through private members' bills and amendments to bills, which in recent history the conservative government has been all too quick to allow to pass."

Sadly, in political terms, it was more about finalizing Brexit and repudiating extreme marxist and anti-Semitic Labour leader Jeremy Corbyn.

"The new make-up of Parliament certainly spells some hope for the pro-life agenda, but we still face a long and uphill struggle," he added.

Former chaplain to the Queen and political commentator Dr. Gavin Ashenden also spoke to Church Militant, warning that "it would be comforting to think that their punishing rejection by the British electorate was a conservative response to such bigotry. Sadly, in political terms, it was more about finalizing Brexit and repudiating extreme marxist and anti-Semitic Labour leader Jeremy Corbyn."

"The Catholic Church ... should be leading the fight to preserve both freedom of conscience and freedom of speech in a society that seems to have fallen asleep and taken hard-won privileges for granted," he noted.

The Catholic bishops of England and Wales warned Catholics not to vote for pro-abortion and pro-euthanasia candidates in an unprecedented intervention days before the election.