Wanted: A Justice Who Keeps in Mind Our Nation’s Organic Law

In the wake of Anthony Kennedy's retirement from the U.S. Supreme Court, Mike Lee's name was among those mentioned as one of the candidates considered to replace him (even though Trump ultimately went with Judge Brett Kavanaugh). As a politician, Sen. Lee is said to have a strongly pro-life stance. But, though he professes to believe that Roe v. Wade was wrongly decided, his explanation of error does not deal with the conflict of rights Roe v. Wade purports to decide. When Lee ran for the U.S. Senate in 2010, he presented the following critique of Roe on his campaign website:

The Constitution says nothing that can plausibly be read to suggest — as the Supreme Court concluded in Roe v. Wade — that States are essentially powerless to protect unborn human life. This power to protect the most vulnerable members of society needs to be returned to the States.

Lee's criticism ignores the fact that, in the Roe v. Wade decision, the Supreme Court purported to deduce a "right" to privacy from the enumeration of rights in the Constitution. That privacy right included a mother's "right" to murder the human person in her womb. But the majority asserted that the life growing in the womb is not a human person. Therefore, the nascent child in the womb had no right to life that superseded the mother's personal privacy right. Being no person, the child merits no more consideration than a lamb in the slaughter pen, or an ant on the sidewalk, crushed underfoot.

If the Court's construction of a privacy right is a valid claim of unalienable right, the government's failure to secure it against violation is a fundament dereliction of duty. The Declaration of Independence is one of the documents that comprise the Organic Laws of the United States, which set forth the observations, premises, statements and actions that verify our existence as a sovereign nation. One such observation is that God endows all human being with certain unalienable rights, and that the human beings institute government "to secure these rights."

Having identified such a right among the private belongings of our nature, the Roe v. Wade decision rightly assumes that government is obliged to respect it. This same assumption fueled the movement to abolish slavery in the United States, which President Abraham Lincoln's statesmanship construed as the just cause of the U.S. government's refusal to allow the seceding states to defeat the first two purposes of the U.S. Constitution ("form a more perfect union, establish justice") without a fight.

Even as they compromised with the slave states to allow the formation of the Union, founders like John Adams, Alexander Hamilton, James Madison and Thomas Jefferson recognized the truth that slavery directly contradicted the premises of right and justice from which the people of the United States derived their authority to govern themselves. As Lincoln thoughtfully assumed, the prevalent founders doubtless foresaw that, as the nation's premises of right and justice bore fruit in the character of the American people, their resulting common sense would extinguish an institution that so completely defied them — or else, the union informed by those premises would fail.

Justice Blackmun acknowledged that, if we must recognize the nascent being as a person, the argument of private right collapses.

Put simply, the state governments have no just power to do what vitiates the principles of right and justice on which the people of the United States predicate their existence as one nation, whose national government wields the sovereign power informed and determined (limited by law and in practice) by their united goodwill. With the Declaration as our nation's political creed, this just limitation of government power, at all levels, must logically be accepted. Given Lincoln's statecraft, the Union's victory in the Civil War verified this acceptance. However, these days we have reason to be grateful that God's providence moved Lincoln and other Union leaders to record this verification in our Constitution's Thirteenth, Fourteenth and Fifteenth Amendments.

They made explicit the prohibition against slavery. But they also clarified the duty of the state governments to respect the privileges and immunities of all citizens of the United States, which include the God-endowed unalienable rights arising from God's dispositions for human nature. This — God's endowment of our natural conscience — informs every human person of certain activities and constraints they are obliged to pursue and observe. This obligation to heed "the laws of nature and of Nature's God" authorizes and entitles people to act accordingly, free from all arbitrary interference from any merely human power, however great, except with their consent.

The Roe v. Wade decision asserts that a mother's freedom to kill her nascent offspring in the womb is an instance of this freedom from arbitrary government interference. But this would only be true if it can be shown that the action involved accords with God endowment of right, that is, it conforms to right action according to God's will. But since when is murder justified by some specious claim of privacy? If there can be no private right, by dint of superior power, to appropriate another's labor, surely there can be no such right to extinguish the lives of others, simply to avoid the inconvenience of their existence?

This argument utterly defeats the claim that the right of privacy supersedes the right to life because the privilege asserted utterly disregards the human right of existence itself. This is why, in Roe itself, Justice Blackmun acknowledged that, if we must recognize the nascent being as a person, the argument of private right collapses. But we know now more than ever that the distinctive humanity of the child is recognizable from the moment of its inception. Any mother who denies the objective, positive proof of her child's humanity, denies her own. If she asserts, despite the objective facts, that some arbitrary criterion of development supports her denial, the arbitrary nature of the assertion reduces judgment to a contest of will-power, which is to say, the power to impose one's will.

But if superior human power is the ultimate criterion, America's premises of right and justice collapse.

But if superior human power is the ultimate criterion, America's premises of right and justice collapse. The world returns to the simpler premise that "might makes right" and to the world of oppressive rule by the powerful, elitist few that, over time, inevitably results from it. But without the appeal to God's justice, as discerned by our capacity to reason and enforced by the intrinsic power of God's Word (logic) which it makes manifest, what stands in their way? This means, quite simply, that the nascent child's right to life cannot be secured by "returning the decision to the states." Rather, we must return the decision to God, so that our posterity may live, no longer murdered in the deep shadows of our Constitution — along with the good conscience of our liberty.

Among the names that appeared on the president's list of possible replacements for Anthony Kennedy on the Supreme Court, which one represents this argument, which respects America's Organic Law and the authority of our Creator's Word, on which its lawfulness depends? That is the question. For there is no other Word by which our nation may be saved. 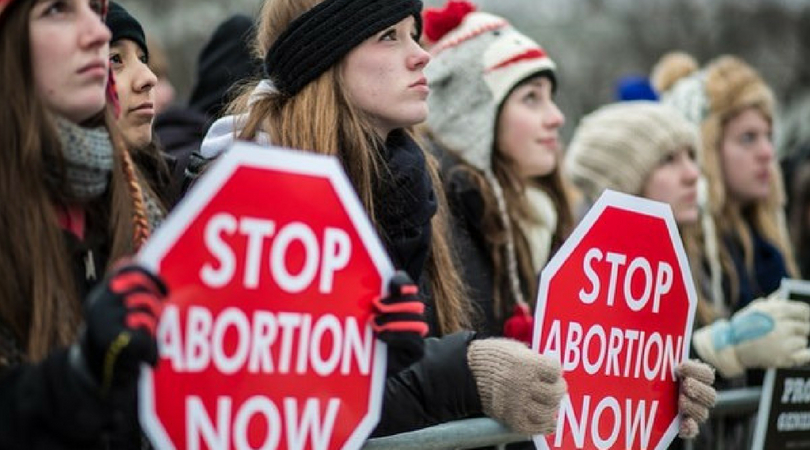