What to Do When the Apocalypse Hasn’t Happened (Yet) 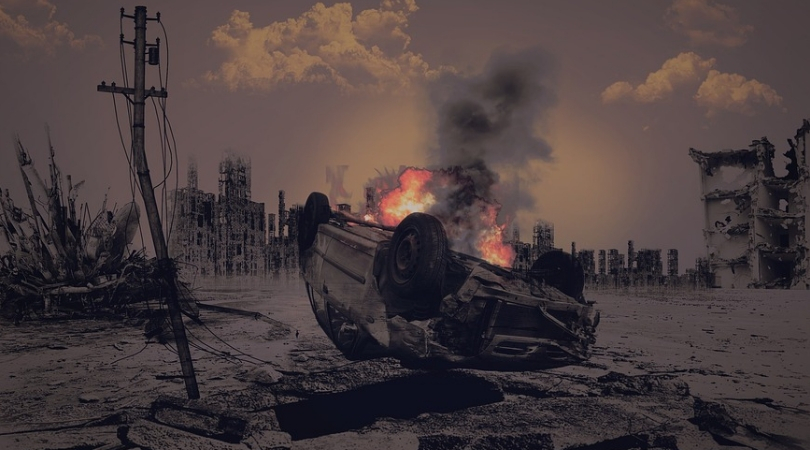 Catholics are living in a time of turmoil and social unrest

The period stretching from 2008–2016 is one of the strangest and most bizarre periods for those who are both Roman Catholics and citizens of the United States of America.

On the American political front, these years, of course, cover the presidency of Barack Hussein Obama, who, although not technically a member of the historic black American community (Obama's alleged father was Kenyan and Barack grew up in a largely privileged and sheltered environment), was the first "black" president of the United States.

Obama's victory was a tremendous shock to much of America, who had expected the first black American to be a candidate like Dr. Alan Keyes, a conservative Christian, whose family had been sewn into the fabric of American life.

Contrary to the claims of many on the Left, Obama unsettled so many Americans not because he was black, but because he was so foreign. A master of affecting the air of being both an astute intellectual and serious politician, Obama also could radiate warmth and sincerity. However, behind this mask — which would slip at times — there was a strong sense that Obama was not one of us.

As Ilhan Omar, Alexandria Ocasio-Cortez and Rashida Tlaib would later be in our own age, Obama was the first post-American national politician, and the first unabashedly globalist American president.

Obama was foreign to so many Americans (even many liberals who voted for him), not because he was black, but because he was not black enough, i.e., he did not share in the historical struggle for the construction of the United States in which Black Americans had played some part.

This alien character of the Obama administration created a sense of abandonment and even panic among Americans who realized they were not living under the presidency of previous liberals like Jimmy Carter, Bill Clinton or Franklin Delano Roosevelt.

Rather, they were living under the reign of a strange man who seemed to slip through easy definitions of ethnicity and identity.

At the same time, Americans were living through the fallout Great Recession, which ignited in April of 2007, burned all the way until 2010 and even continues to smolder in our own day.

Many major banks as well as traditionally powerful American companies such as General Motors and Harley Davidson were threatened with shuttering their doors. More critically, many Americans lost their life savings and retirement as well as a decrease in the value of their homes. Some researchers have totaled the amount of money Americans lost to a tune of $9.8 trillion.

Finally, on the political front, many Americans, witnessing the media distortion as well as the apparent outside funding for rioting following police and civilian shootings of criminals in Baltimore, Ferguson and a host of other venues throughout the Obama era, realized that the social fabric of America was being torn apart by powerful forces and that the police were now being forced to stand down in the face of rioting and looting.

Amidst this political, economic and social chaos, Americans began to believe, with significant justification, that America would soon collapse as a sovereign nation.

A host of individuals and families across America began to stockpile ammunition, food and supplies in order to await the economic, natural and spiritual collapse that would soon envelop the entire country and, possibly, the world. Innumerable blogs, YouTube channels and "prepping" supply companies mushroomed across the internet, selling everything from water filtration devices to storable food to specially made bunkers.

Social unrest not only in America but around the world is the new normal.

The post-apocalyptic genre swept across pop culture, as novels such as Cormac McCarthy's The Road, television programs like The Walking Dead and video games like the Fallout series, revamped the earlier "Mad Max" punk aesthetic of gun-toting gruff men and women trudging through a burnt-out hellscape of a civilization that once was.

For Catholics, the period was especially apocalyptic, for we saw, for the first time since the late Middle Ages, the resignation of a pope. The largely beloved Pope Benedict XVI abdicated the papal throne, making way for the first pope from the New World, Jorge Bergoglio, who took the name "Francis."

While the papacies of John Paul II and Benedict XVI were not without controversy or criticism, Pope Francis' regime has created tremendous confusion and scandal among Catholics and has risked a de facto if not yet de iure schism among Catholics.

The many acts of Pope Francis that have drawn criticism from conservative and traditional Catholics are well documented, and there is no need to rehearse them here.

Nonetheless, as Americans suffered from confusion, a sense of abandonment and alienation in their country, American Catholics quickly felt doubly confused and doubly abandoned.

As in the secular media, a myriad of Catholic blogs and social media accounts blossomed across the internet tolling, if not the end of the world, the imminent approach of a major chastisement. Surely, many argued, in our lifetimes, we would see God send fire from the sky to destroy this awful and degenerate post-millennial world in which we were living.

If anything, in the current Year of Our Lord 2019, the wretched antichrist world system of which we are a part has only grown bolder and more powerful, pushing the envelope of the sexual revolution as well as totalitarian censorship and state control even further.

Was it possible that all of the nail-biting anxiety and concern over meteor strikes and mass starvation and sickness were all for naught?

Neither the minor nor the Great Chastisement has happened (yet), nor has there been a Day the Dollar Died or "fire from the sky" scenario in which everything simply dissolves into chaos in the span of a day.

There are signs, however, that things are continuing to unravel around the world — albeit at a slower pace than that would be affected by something like a Terminator-tier, full-spectrum nuclear strike.

There are a still a lot of people in the West with a lot of money, but the average American — especially the average young American — is drowning in debt and misery and has little or no hope of living at the level of his parents or grandparents.

The Church as well is both literally and figuratively set ablaze.

Througout the world, Catholic churches are regularly looted and set on fire. The hierarchy of the Church has been thoroughly infiltrated and corrupted by homosexuals, leftists and what could only be best understood as active and conscious agents of globalism.

It might be argued, with some justification, that "the collapse" has indeed happened, and we are living through it in real time, as it slowly (possibly over the course of decades) deteriorates into an abyss of misery.

Prepping or having foodstuffs as well as other supplies and, perhaps more importantly, necessary skills (welding, first aide, automotive repair, farming) in one's tool kit is not necessarily a bad idea if done in a reasonable and prudent manner.

Moreover, forming strong bonds with one's immediate community (if possible) is also a good idea. Ideally, for Catholics our parish should be the center of our social life just as it is for most Catholics in non-Western countries, and as it was to our own ancestors in the not-too-distant past.

Getting involved with one's local politics as well as social organizations (volunteer firefighter, scout leader, coach, etc.) is a way to build strong bonds with one's community as well as to be near levels of information and power in an emergency situation.

As Catholics we should always be ready to die.

Finally, and most importantly, as Catholics we should always be ready to die. It is very easy to get caught up in the scandals and gossip of Church politics. What is needed most at this time are Catholics who have deep interior lives, or what has been called "the soul of the apostolate."

What good would it be to have a well-prepped house and a rock-solid and unified community if one dies in the state of mortal sin and loses his soul?

We should be in a state of grace at all times, for even if an apocalypse does not come in our lifetime, we should be ready to meet Our Lord, Who will come, as He Himself said, like a thief in the night. 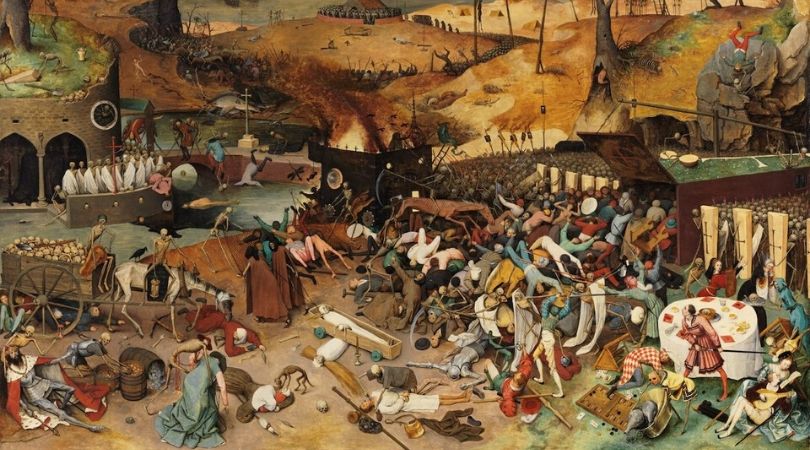