When the Going Gets Tough … Pastors Get Weak 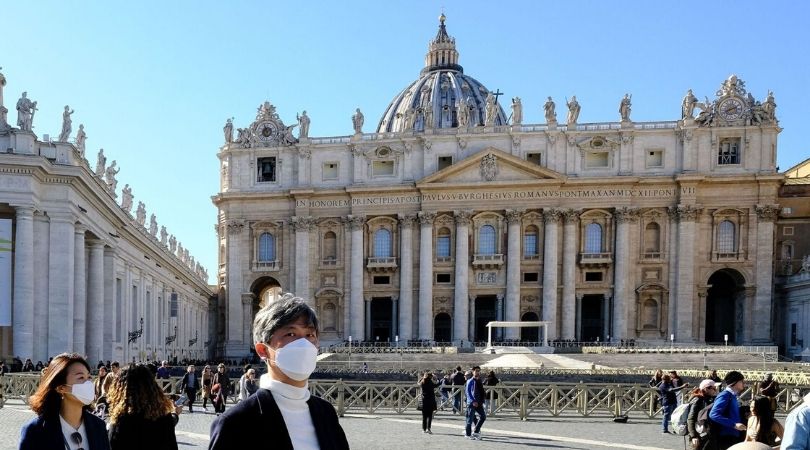 There are no words to describe the uproar caused by the March 12 announcement of church closures throughout the diocese of Rome, with the near-certainty that the ordinance would be universally applied throughout Italy, as was clear from the memo released by the Italian Bishops' Conference president, Cdl. Gualtiero Bassetti. Even if after a few hours the decision was overturned and churches reopened, the fact remains that it was a senseless decision to begin with. Moreover, as we read in the letter issued by the Vicar of Rome, Cdl. Angelo De Donatis, to Roman parish priests, the resolution to shut churches had been made in agreement with Pope Francis.

Words used by Cdl. De Donatis and Cdl. Bassetti left faithful bewildered due to their unreasonable nature in dealing with a growing pandemic and because of their vision of the Church's role during this current crisis.

The fact remains that it was a senseless decision to begin with.

The vicar general's memorandum presumes an uncontrollable situation. His sentences seem written hastily, as if they were composed in total fret and fury just before slamming shut his own apartment door in order to run as far away as possible from the lethal disease.

Let's take a close look at the coronavirus numbers: In the entire region of Latium, as of last night only 200 people have been infected, with 162 in the province of Rome. So far, nine deaths have been attributed to coronavirus in Latium, yet this number must still be confirmed. Eighty-five people have been hospitalized, and 20 are in intensive care. This is a minute number compared to the 4.6 million persons living in metropolitan Rome and 6 million in all of Latium. In other words, infections — infections not deaths — make up 0.003% of the population.

What's more, last week Latium's regional government decided to rapidly increase availability of intensive care units by 157 more facilities specifically for coronavirus patients. This is in addition to the 518 already existing ICUs. Just yesterday, it was announced that within a few days Rome would have 72 more facilities made available. In other words, even if the outbreak potentially creates huge stress on Latium's healthcare facilities, the situation is far from being out of control. In addition, the numbers are so low that there is still the chance to take targeted preventive action, as with testing persons known to have been in contact with infected patients

What is also striking are these words used by Cdl. Bassetti in reference to COVID-19 as "a virus whose nature and propagation is unknown to us." In reality, the virus' nature and means of spreading are quite well known, with news outlets publishing about this all the time. What we don't have yet are vaccines and, no doubt, effective therapies.

Herein lies the real danger. Evidently, in the face of fear, our reason no longer works. Clearly, we are dealing with a frightened episcopate, with bishops lost in the face of a pandemic whose size is not even comparable to the giant pandemics of the past, diseases that decimated entire populations. We have before us bishops making decisions that go against both faith and reason.

Recently, Benedictine monk Fr. Giulio Meiattini wrote an interesting reflection on the widespread panic brought on by the coronavirus: "In reality, we are far too fearful of dying or even just feeling a little ill. And at the moment, the fear is disproportionate to the threat that is underway. Why? Perhaps the deepest reason, or at least one of the main reasons, I think is due to our lack of a future perspective."

Those who fought for our homeland and freedom were willing to sacrifice their lives "because they believed the future was far superior to the present," Fr. Meiattini writes. It is the same for Catholics: "Believers who prefer risking their lives and even losing them to denying their faith, because believe they have an eternal future, something to look forward to beyond this world in paradise."

Today, however, our culture no longer looks to the future while stuck living for today, for what is ephemeral and fleeting. Father Meiattini concludes that people today think "if we lose the present, we lose everything." In general, therefore, "we can say that the ongoing epidemic ... is currently drawing all its strength, not from the number of victims or its objective danger, but from the spiritual weakness of humanity."

Serious damage has already been done to the Universal Church following its suspension of public Masses throughout Italy.

Unfortunately, the Church is no exception, while totally focused on the present. It no longer judges circumstances with a view to eternity. Father Meiattini writes:

The saddest and most worrying thing for the future of humanity is that the Church itself (that is, the men of the Church) have forgotten that God's grace is worth far more than our lives in the present. This is why they close churches in compliance with health and hygiene protocols. The Church has become a health agency, rather than remaining a place to find salvation. The bishops should think carefully about closing our churches and depriving faithful of the sacraments, of the Eucharist which is medicine for both our souls and bodies. Closing church doors to Christians, while believing all we need is human science, is like closing the doors to God's help. It is trusting in man rather than trusting in God.

I agree with everything Fr. Meiattini has written. It should be stated further that even if the situation were far more dramatic and further out of control, this is all the more reason for bishops to keep open our churches and increase the number of Masses. I come from a generation fascinated by the Blues Brothers, who said that "we are on a mission from God" and whose motto was "when the going gets tough, the tough get going." Today, however, when the going gets tough, our pastors prove they are weak and run away. This is depressing.

The vicar of Rome's unfortunate decision seems to have roused the conscience of some bishops and cardinals who had put pressure on the pope to nullify the decree. Unfortunately, serious damage has already been done to the Universal Church following its suspension of public Masses throughout Italy. Now bishops from other countries, as in the United Kingdom and United States, are following their lead. Rather, precisely due to the gravity of the situation, bishops should reinstitute public Masses, even if it means abiding by precautions and conditions suggested by civil authorities. It would be a great witness and great sign of hope for one and all, an indication that a future is still possible. 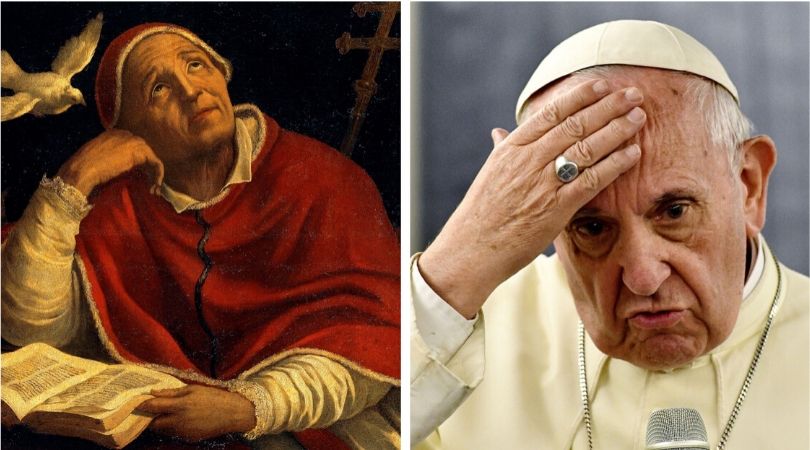 Pope Gregory to Pope Francis: What to Do When a Plague Hits Rome
By Jules Gomes   •   0