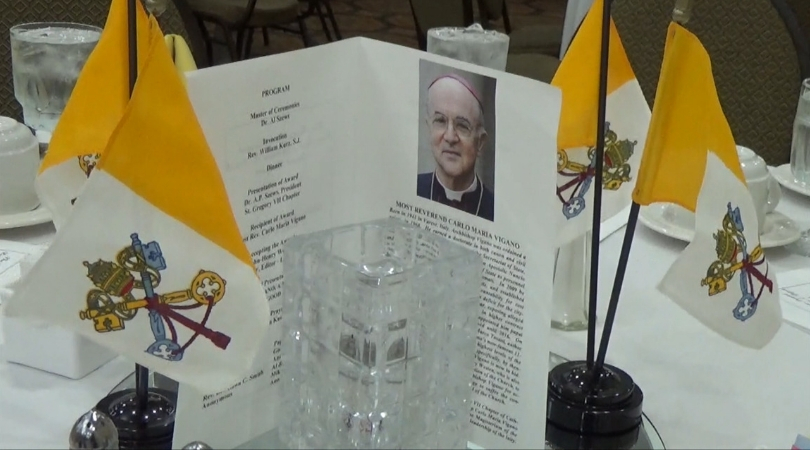 MILWAUKEE (ChurchMilitant.com) - The Milwaukee Chapter of Catholics United for the Faith (CUF) — has given its highest annual award to the Catholic Church's most prominent whistleblower of late: Abp. Carlo Maria Viganò.

Archbishop Viganò, a former papal nuncio to the United States who has accused "the very top of the Church's hierarchy" of covering up systematic sexual predation, was honored Saturday by 100 attendees of the Milwaukee CUF chapter with an award recognizing "zeal for the priesthood, leadership of the laity and fidelity to the Magisterium."

Viganò has been living in hiding since releasing an 11-page testimony in August 2018.

Viganò has been living in hiding since releasing an 11-page testimony in August 2018 that detailed "who knew what when" as part of the Church's sexual predation scandal. The testimony, in part, urged Pope Francis to resign. Viganò is now on a Vatican's most-wanted list of sorts.

Viganò "only stood to lose in a worldly sense from doing what he did," Westen said, adding:

But he did it out of love for the Church and for the Pope because — as Bp. Athanasius Schneider said — the real friends of the Pope are not those giving him adulation, not those encouraging him in the confusion he is causing, but those asking for and demanding clarity.

In a written greeting shared with attendees, Viganò said he considered it his duty to offer his testimony "out of love for the Church and the Pope." He also expressed gratitude for the prayers that have supported him "in this time of terrible trial which is facing our beloved Church, which is reaching its climax in these days in the Amazon Synod."

"Bishops and cardinals and even the one who more than any other would have had to protect the Bride of Christ from the attacks of the Devil have been responsible for abominable acts of profanation and apostasy," he wrote.

"Our faith in the Risen Christ present in our midst, and the protection of Mary Most Holy, at the forefront as an army deployed in battle, reassure us, console us and ask us for our commitment to persevere firm in the faith and do our part to protect the sound doctrine transmitted to us by the apostles and martyrs," Viganò's message continued.

The greeting also urged attendees to intensify prayers, acts of reparation, recitation of the Rosary, prayers for vocations and vigilance over doctrine and discipline in the seminary.

"As people of God, as good Christian fathers and mothers, you have the right to claim from those who are in charge of the formation of your young people to teach them sound doctrine and how to live according to the heart of Jesus, the Good Shepherd," Viganò concluded.

The award is named after Msgr. Alphonse S. Popek, who in 1978 founded the St. Gregory VII (Milwaukee) Chapter of CUF, a lay apostolate whose mission, according to the CUF website, is to support, defend and advance the efforts of the teaching Church.

CUF Chapter President Al Szews, who presented Viganò's award to Westen, explained that it was at Popek's funeral that the celebrant, then-Msgr. Fabian W. Bruskewitz, described Popek's impact, capturing the spirit of the award:

Undeterred by obstacles, unflattered by success, unwed by status, unimpressed with wealth, with an indomitable will and an unconquerable faith and a small stature ... he (Popek) came forward like a contemporary John the Baptist to tell the Herods of Church and State the things they dreaded to hear and hated him to say.

"Viganò — like Popek — called it like he saw it," Szews said. "Viganò decided he had to blow the whistle on what he saw as a lack of spiritual faith that was not only harming vocations but driving lay Catholics from the faith out of disgust and bewilderment."

In June, Viganò said that "a corrupt 'mafia' has taken control of many institutions of the Church, from the top down," and that this mafia has "a shared interest in protecting and advancing one another professionally and in sabotaging every effort to reform the sexual corruption."

Viganò said that 'a corrupt mafia has taken control of many institutions of the Church, from the top down.'

In August, Viganò warned that "Christ is absent" from the Amazon Synod's working document, and in September, he cautioned that the "new paradigm" associated with Pope Francis is a strategy to create a 'new church.'" 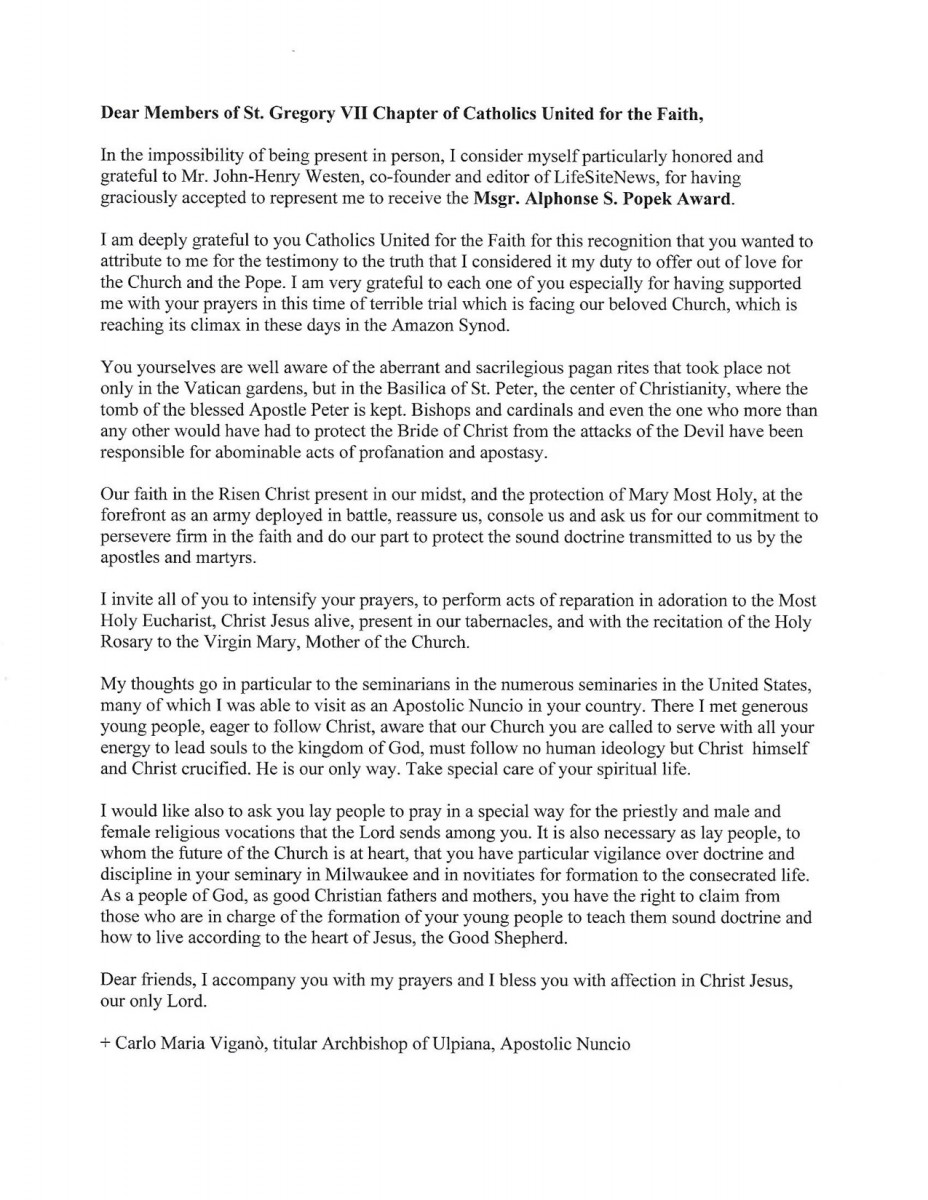 The Vindication of Archbishop Viganò
By Church Militant   •   0 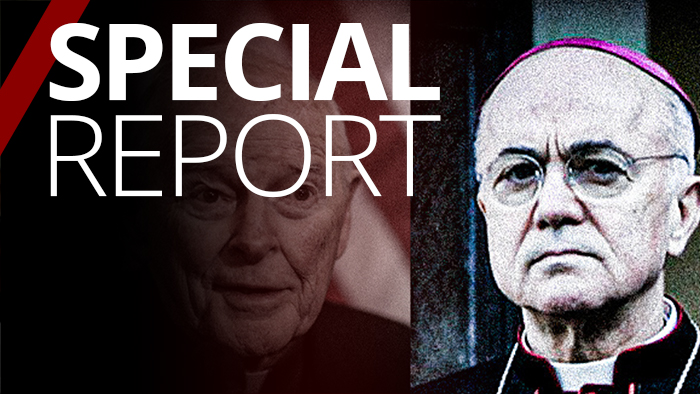