Why Did God Allow Biden-Harris to Prevail? 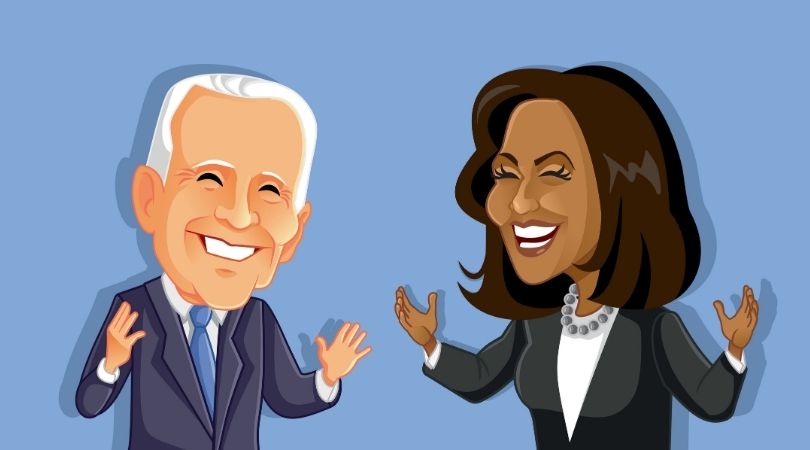 Because your family, friends and neighbors are crooked as hell

The specter of an impending Joe Biden presidency is haunting America's Christian faithful, leaving many wondering why providence would grant the forces of evil such a pivotal political victory. The simple answer is this: America has gotten exactly the type of government that she deserves. She's reaped the poisonous chaff that she's spent decades and decades sowing. America will be governed by a wicked, Culture of Death, homosexualist, socialist shill because the majority of Americans are wicked, Culture of Death, homosexualist socialists (whether expressly or not). After all, the beauty — and horror — of self-governance is that nations always get the government they deserve.

In order to be free, a people must be virtuous and God-fearing. On this, the Founding Fathers were unanimous, with, perhaps, Samuel Adams putting it best: "Neither the wisest constitution nor the wisest laws will secure the liberty and happiness of a people whose manners are universally corrupt." Since most men this side of Eden live vile, bestial lives, the norm for mankind has been to live as serfs underneath brutal, vicious regimes.

America is no exception to this infallible political calculus. A nation is always just one generation from tyranny: All that stands in the way of the degeneration from republic to dystopia, from free people to cattle, is the orientation and vitality of the aggregate conscience of the populace. As Ronald Reagan famously warned:

Freedom is never more than one generation away from extinction. We didn't pass it to our children in the bloodstream. It must be fought for, protected and handed on for them to do the same, or one day we will spend our sunset years telling our children and our children's children what it was once like in the United States where men were free.

The universe naturally inclines from order to disorder. The firewall against political entropy is virtue built upon grace. When virtue degenerates, so does freedom.

Our Founding Fathers — men of honor, nobility and high ideals — gifted us a constitutional republic built from the ground up as a hedge against tyranny, the default condition for the fallen human race. Ours was the unmerited privilege of taking the blank slate of a free nation and making of it what we willed. And we chose our path and chose it clearly. In her collective recklessness spurred on by hedonistic excess, intoxicant-fueled indifference and practical atheism, America has frittered away her freedom posthaste for gold-plated dung. We have assembled our own chains of political bondage "link by link and yard by yard" (as Dickens' Jacob Marley would say), girding them on by our own free will.

Freedom is never more than one generation away from extinction.

We have, since the dawn of the republic, allowed judicial tyrants (beginning with Chief Justice John Marshall) to legislate from the bench, rewriting the Constitution under the guise of interpreting it. So we've been left with an untrammeled Supreme Court drunk on its own power — a judiciary that's blighted us with, inter alia, universal access to contraceptives, a "right" to possess pornography, a "right" to slaughter our own children in utero, and sodomitical faux marriage. We didn't do a thing about it, save offer a token, lip-service resistance so characteristic of the indolent, impotent Right.

We've sat idly by and allowed Congress to become a den of thieves, one that has rapaciously appropriated to itself legislative powers reserved to the states alone under the Constitution. We allowed this wake of vultures — under the pretexts of the Necessary and Proper Clause, the Commerce Clause and the Tax and Spend Clause — to invade with onerous regulations and profligate spending every facet of our daily lives. They've destroyed health care; unduly restricted the right to bear arms; financed child-assassination mills like Planned Parenthood with generous gifts from the public coffers; warped our education system with No Child Left Behind; tanked manufacturing; driven up the price of energy; gutted college sports with Title IX and attacked the nuclear family with insidious, feminist legislation like the Violence Against Women Act.

And the few duties that actually were constitutionally delegated to the congressional circus are carried out with haphazard incompetence by vainglorious career-politician legislative pimps. The postal service is slow, expensive, disgruntled and flighty; the military, while being overextended to the four corners of the world contra the solemn admonition of George Washington in his Farewell Address, is lowering its fitness standards at the expense of public safety so that women can play soldier and treat it like a job-advancement program; the tax code is a fear-inducing labyrinth of asinine complexities where somehow, despite our communist-inspired graduated income tax, the most opulent corporations pay nothing but average citizens fear debtors' prison; and the borders are porous inlets for drug cartels and unvetted undesirables from all of Latin America.

We have an imperial presidency where cult-of-personality strongmen rule by executive fiat, unlawfully bypassing the legislative branch to make policy from on high while at the same time often refusing to enforce the laws that the chief executive is, by definition, charged with enforcing (e.g., President Obama's creation of the "DACA" program to avoid deporting illegal aliens in contravention of extant federal law). And we've done nothing to restore order and justice, because the Center is vulgar and illiterate, the Right is apathetic and the Left is affirmatively evil.

How did American civics devolve to this point? Make no mistake about it: We got here because of the unconstrained moral degeneracy of our good-time-Charlie family members, friends and neighbors. To care about justice in government, you first have to care about truth and goodness. And don't give me the reflexive, warmed-over, regurgitated talking points endemic among gutless conservatives: "I believe in the fundamental decency of the American people"; "I remain hopeful for America's future," yadda yadda. No. I don’t. And you shouldn't either.

Confronted with the bleak prospects of a Marxist doom pock-marked by mob violence and overt anti-Christianity, there's no more room for optimism, not by a long shot. The "aww shucks" whistle-past-the-graveyard contrived cheerfulness that was dishonestly passed off as charity by cowardly preceding generations has to be declared anathema to men of goodwill. I hold my many ignoble countrymen in contempt, and so should you.

Why has God allowed us to escape the natural (and preternatural) consequences of our moral decay for as long as He has?

A brief survey of Americans' moral outlook should suffice to sober up the delirious glass-is-half-full automatons of the nominal Right. So drink in deeply this alarming bevy of statistics:

To put this in perspective, a higher percentage of Americans believe it's immoral to wear fur clothing (37%) than believe embryonic stem cell research is unethical (29%).

Looking at the various bellwethers of America's moral integrity, it's hard to believe that the nation has been as resilient to outright socialistic tyranny as she actually has. By all indicia, we're a nation of acedia-ridden, playboy savages. So the question is not, "Why has God allowed a corrupt Biden-Harris ticket to win (or steal) this election?" The real question is, "Why has God allowed us to escape the natural (and preternatural) consequences of our moral decay for as long as He has?" That we've made it this far without a catastrophic national meltdown is a minor miracle. It's delusional to think that our countrymen are so perverse and backwards that they view almost every major vice as a virtue but that such ignominy will not translate to the polls. Of course it will, and it has. And barring a national religious awakening, things are only going to get worse.

So never again scratch your head and wonder aloud why it is that evil has been allowed to prevail politically in 2020. The answer is as close as your nearest neighbor.

David Gordon holds university degrees in political science, law and theology. He is co-author of Rules for Retrogrades: Forty Tactics to Defeat the Radical Left. Gordon is an associate copy editor at Church Militant and a co-host of the Resistance Podcast with Joe Gallagher.
--- Campaign 31538 --- 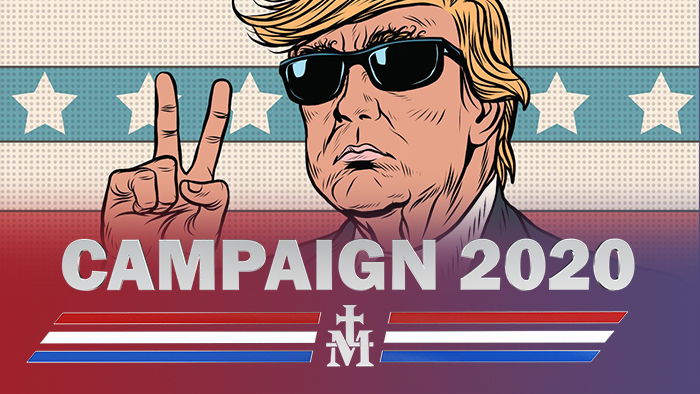