Why I Welcome the COVID Tyranny 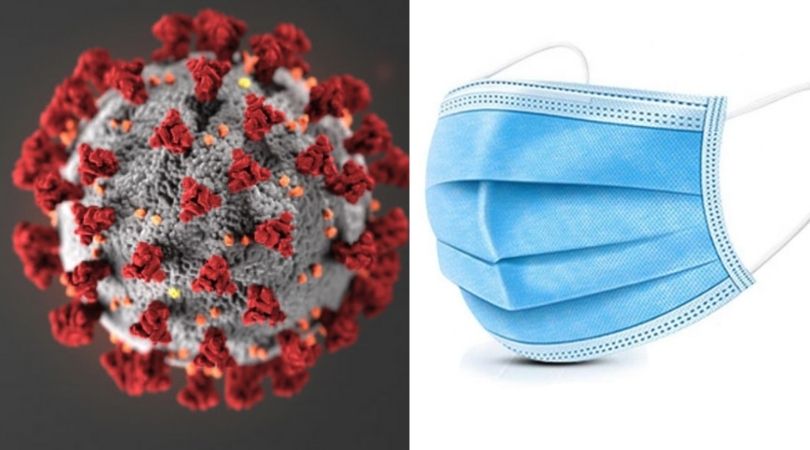 Useful idiots building their own tombs

I keep getting panicky texts from right-leaning friends about Australia, a country whose COVID restrictions have become cartoonishly severe. Australia used to be an independent country, but it is now something akin to a vassal state, since the Chinese bought off its politicians and acquired controlling interests in all its infrastructure and major corporations. Western liberal democratic values are being replaced by child-snatching and a totalitarian surveillance state that is testing the limits of what the global European diaspora will endure.

Thousands of Australian children were recently grabbed from their parents, rounded up in a giant sports stadium and forcibly vaccinated. If you think that's scary, there will shortly be a smartphone app in Southern Australia — compulsory for all citizens — that will randomly ping people and demand that they prove they are in the location they're supposed to be. If you don't reply within 15 minutes, the police will be dispatched to issue fines, and probably custodial sentences for repeat offenders. "What if they do it here?" my Republican friends are asking. "Are they the test case? Are we next? Would we even resist?"

The thing is, I just can't get upset about it. Because the fact of the tyranny doesn't scare me — only that the wrong people are in charge. And it occurs to me that the global police state currently in deployment could be a powerful force for good. We just need different people running it, which, if you look at history, now seems more likely than unlikely, as populations the world over begin to crave populist, nationalist right-wing governments run by charismatic strongmen. It seems to me only a matter of time before the tools "globohomo" has created fall into the wrong hands. Our hands.

Democracy isn't quite dead yet, and the electorate is fed up with conventional politics. In America, particularly, there's a sort of late-1920s-Germany feel to a lot of the right-wing discussions online. Might they do the unthinkable and vote in someone truly toxic? I mean that as a compliment; I'm thinking of an unashamedly Christian, family-values semi-dictator type. The sort of person the media imagines Donald Trump and Viktor Orbán to be, but in real life. Someone blissfully untroubled by the howls of pain from heretics hanging from city hall, and with just the right amount of Inquisition spirit.

And then, once you have a smartphone infrastructure that can demand responses within 15 minutes to ensure COVID compliance, how hard is it to repurpose that for more virtuous ends? Especially when America's most ferocious feminists are leaning into social conservatism all by themselves. If you don't believe me that authoritarian tendencies are ideologically promiscuous and easily untethered from their original belief systems, consider the feminist reaction to Texas' new abortion law.

In response to a viral Twitter inquiry this week from someone called "Erie Siobhan is Vaxxed to the Max" who asked, "What advice would you give to young women in Texas right now?" a respondent wrote, "If it looks like a guy is going to rape you, just shoot him. It's easier and cheaper than an abortion, and Texans seem okay with that form of 'protection.'" Congratulations, sweetheart, you now understand why people want guns. I speak for all conservatives when I say we are totally comfortable with you shooting a rapist's nuts off or capping him in the knee.

If it looks like a guy is going to rape you, just shoot him. It's easier and cheaper than an abortion, and Texans seem okay with that form of "protection."

Androgynous imbecile Rachel Maddow, pontificating on the same subject, stumbled into accidental genius on her MSNBC show when she produced the novel idea of financial consequences for men who knock women up. "If they make abortions illegal," she intoned, "they should make it illegal for men to desert women after getting them pregnant. If women can't back out of pregnancies, men shouldn't be able to either." Well done, dear! You just invented marriage.

Best of all was the Reddit user "walrusgambit," from whose screen name a body mass index of 35 or more can be inferred: "Starting today I refuse to have sex with men. As a person with no control over my reproductive organs, I simply cannot safely engage in sex with men. #IWillNotHaveSex #NoAbortionNoSex." Conservatives everywhere will be weeping tears of joy today at this outbreak of chastity. Poor liberals. They can't seem to catch a break.

I've heard it said that American conservatism is liberalism driving the speed limit. But there are no brakes on this new right-wing strain of frustrated feminist. If it were up to me, children born out of wedlock would be put into foster care and the mothers sent to nunneries. By the looks of things, today's Left isn't far behind me. They're starting to sound positively reactionary. And that is why, as I watch our Western liberal democracies slide into tyranny, I'm not gripped with horror, but rather with excitement.

The ugly truth about human nature is that schoolmarms, scolds and petty administrative tyrants — mostly women, obviously — don't really care what they're enforcing. They just want to enforce. The trick is to replace the godless tyrannies of fascism and communism with a pious theocracy of the kind that is being discussed in right-wing Catholic intellectual circles. Snobs have been scoffing at Thomas Crean's thrilling book Integralism ever since it came out, as though it's utterly inconceivable that we might reorganize society according to the strictures of the Catholic Catechism.

But that, mutatis mutandis, is precisely what is already being done for us by the global elites. Once the mechanisms of authoritarian control are in place, they will be nigh-on impossible to remove. And guess what: Subjected to Weimar levels of elite decadence, people choose fascist remedies over communist ones every time. Socialist regimes have to be installed by force. Hitler was voted in. I'm not a Hitler fan, obviously, I'm just saying! All we want is traditional family values, kiddy-fiddling clergy dunked in hydrofluoric acid and maybe some snazzy uniforms. Is it so much to ask?

So join me, friends, in praying earnestly and eagerly for the future I know we all want — a future that's closer than it might seem and which, by God's grace, will resemble Gilead from The Handmaid's Tale, only with less kindness shown to unruly women. Gilead, wrongly maligned by critics for decades as a hellish misogynistic dystopia, is, in fact, the most perfect vision of the ideal society yet imaged by a novelist. I dream of a land where no matter your race, sex or disordered sexuality, you will be put to death equally for blaspheming Jesus Christ.

Rejoice! For the New Holy Roman Empire is surely nigh! Our enemies are already building it for us — they just don't know it yet. Ladies and gentlemen, boys and girls, we can have a ruthlessly intolerant theocracy, with feminist heads on pikes on the castle ramparts and pedophiles castrated live on national TV every Sunday straight after Latin High Mass, if we want it badly enough. (A note to the doubting and/or terrified architects of Weimerica: We do want it. We really, really do.) I can't figure out what everyone's so upset about. We all agree that limp-wristed Western democracies have been tried and found wanting. Now we have a chance to replace them with something better. Why aren't you all more excited?