Will the Vatican’s Sex Abuse Summit Face Up to the Root of the Crisis?

Highest ranks of the Church infected with sexual sin


The root cause of this evil is disregard for the Sixth Commandment. Without chastity, piety and strict discipline, priestly life cannot succeed. Only he who lives according to the commandments of God can be a good shepherd and a model for the flock. ...

Rather than adaptation to the mainstream of a world without God, the salvation of the world through the return to God in faith and obedience is the way to the New Evangelization and renewal of priests, and especially of bishops. It is not sophisticated managers who are needed, but shepherds who give their lives — and who also have theological formation and deep piety. (Cardinal Gerhard Müller, "The Rotten Fruit of Secularization")

Not all of the essays the National Catholic Register's Symposium on "Abuse and the way to Healing" were as penetrating as the essay it included from Cdl. Gerhard Müller, erstwhile prefect of the Roman Curia's Congregation for the Doctrine of the Faith.

A plethora of evidence suggests that even the highest reaches of the Catholic Church have been infected with sexual sin, in a manner the word of God declares to be abominable in His sight.

Some well-known priests and bishops talk as if the remedy for this infection involves fabricating new doctrines that reject — as harsh, exclusionary and unloving — ancient teachings that condemn as contrary to God's order the self-idolizing manipulation of God's ornaments for procreation — with which He pleasingly graced the fulfillment of His first command to human beings — that they "be fruitful and multiply; and fill and subdue the earth."

Christ followers have preserved God's special commandments in respect of the means of procreation since Christ Himself set the example, He did so in answer to the Pharisees when he said:

[F]rom the beginning of creation, God made them male and female. "For this reason, a man shall leave his father and mother and be joined to his wife, and the two shall become one flesh." So they are no longer two but one flesh. What, therefore, God has joined together, let not man put asunder. (Mark 10: 6–9)

In this emphatic statement conveying the meaning and significance of marriage, Christ repeats the concluding words of the Genesis passage that describes the denouement of God's creation of humankind. It is the moment when Adam — awakening to find himself in the presence of Eve — attains self-consciousness, thereby crossing the threshold into the special domain of human existence.

This moment of knowing oneself in another is portrayed as a moment of self-possession, wherein the mind grasps the moment of being at once within and beyond oneself. This moment represents the indivisible being of God in all creation. So it fulfills the intention of God for human existence in His own image.

For, like God Himself in creation, in the very moment of realizing, in Eve, the distinction of Himself from Himself, the one called Adam overcomes and subsumes it. He preserves, in consequence, the unity of being the perceived distinction thus immediately discovers and reveals (i.e., covered up again).

This explains why, at the beginning of Genesis, Chapter 5, the words of the Hebrew text tell us literally that: "This is the scroll [book] of Adam's generations in the day when God created Adam. In the likeness of God, He made him. Male and female He created them. And He blessed them and called them Adam, in the day when He created them."

Though distinct from one another, God calls both together by the name of Adam, signifying the unity in being that it is their special purpose to realize, understand and represent. They do so first in Adam's spontaneous self-recognition. But by the mutual conformation of their separate and distinct bodies, it is their way to become one, also, in the flesh. In doing so, they extend the existence of humanity as a whole, like as God extends Himself into and throughout the multifarious whole of His creation.

There is thus, in the distinctiveness of man and woman, a deep connection with the fulfillment of the purpose for which God especially devised their common humanity. Clerics who pretend that this distinction can be discarded, in the name of love, for the sake of humanly conceived self-fulfillment, pleasure or convenience, speak as if it can be any part of Christian love to deprecate the purposes of God's heart, whereby He secures the good of the whole in and through His provision of each and every part of it.

Turn away from the alluring deceits of power and false self-satisfaction, and stand again on the solid ground of the word and spirit of God, in Jesus Christ, among us still where two or three are willing to gather in His name.

When He came to us to example the love of God in human form, Christ held fast to the loving purpose of God. He held fast even though it meant enduring humiliation, torture and cruel death. How can clerics teach us to love and follow His example if they encourage us to abandon that example, at the dictates of our own self-serving and self-extinguishing passions?

God did not mold our mind and spirit and flesh in the etiquette of procreation to deny us. He did to exalt our love to the level of Christ's loving heart, which is also the heart of His creation, whose purpose of salvation for us and all the world we profess, as Christians, to be the deepest aim of the Faith that we confide in Him.

The purpose and method of God's provision for human procreation and the wholesome love required to fulfill it are thus deeply related to His intention for our existence, as He created us. Reject God's heart for human procreation, and we reject His will to fashion us in His image and likeness; and His plan, through Christ, to restore to us the perfect peace of being in His presence, undaunted and unashamed, clothed in the exquisite raiment of His love, for our journey through the manifold wonders of lives endlessly renewed by His inexhaustible power and goodwill.

This promise of God's goodwill is what is now at stake in the sad and tragic delusions that move all too many Catholic clerics, at the highest levels of the Church's hierarchy, to propose that we abandon the purposes of God and the teachings that correspond to them, in order to embrace the self-canceling deceptions of our times, falsely arraying as liberty, identity and worth the age-old promise that we shall be as God if only we turn from His way.

In their recent letter addressed to the presidents of the conferences of bishops, Cardinals Raymond Burke and Walter Brandmüller spoke the plain and simple truth:

Sexual abuse is blamed on clericalism. But the first and primary fault of the clergy does not rest in the abuse of power but in having gone away from the truth of the Gospel. The even public denial, by words and by acts, of the divine and natural law, is at the root of the evil that corrupts certain circles in the Church.

The only remedy for the abandonment of God's truth is also plain, simple and preached first by Christ and then by all His faithful followers in the centuries since He fulfilled His mission from God for our salvation: repent.

Turn away from the alluring deceits of power and false self-satisfaction, and stand again on the solid ground of the word and spirit of God, in Jesus Christ, among us still where two or three are willing to gather in His name. What hope is there that the hierarchs meeting for the Vatican's summit on sexual abuse will truly so so?

For, as the words of St. Paul writes, we must "rejoice always, pray constantly, give thanks in all circumstances; for this is the will of God in Christ Jesus for you."

Though "the world is too much with us, late and soon," God's will prevails. 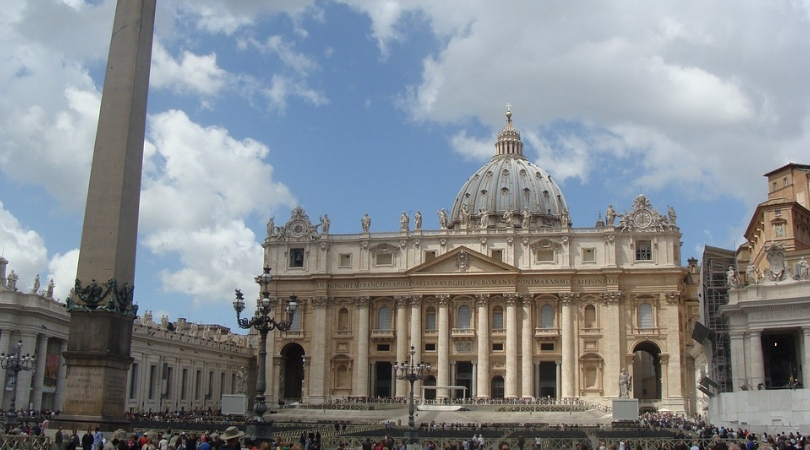 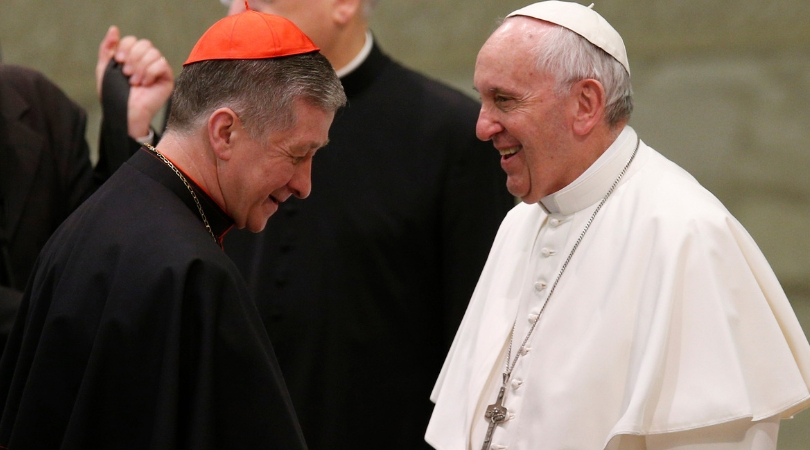