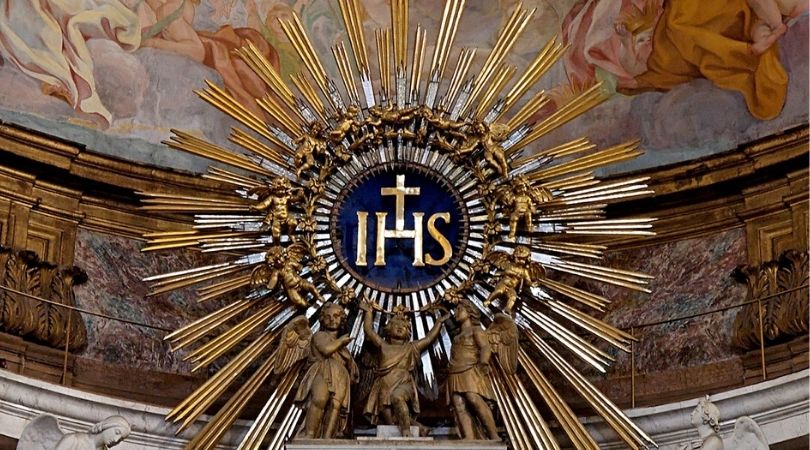 KENOSHA, Wis. (ChurchMilitant.com) - Wisconsin Catholics are praying that violent riots will not again endanger their city.

A new petition inspired by a local Catholic priest is asking Catholics to call upon the Holy Name of Jesus to keep the peace in riot-ridden Kenosha. The petition comes ahead of an impending verdict that would decide an officer's guilt in the Aug. 23 shooting of Jacob Blake.

The petition asks Catholics, along with Kenosha city officials and Mayor John Antaramian, to publicly invoke "the Holy Name of Jesus to protect our city."

"The Holy Name of Jesus is very powerful and has been invoked over cities and towns for centuries, asking for protection from natural and spiritual forces," the petition declares.

Ensuing riots followed last year's shooting that resulted in over $50 million in property damage and destroyed more than 100 businesses with nearly half being permanently closed. A city official described it as "the biggest crisis in the history of Kenosha County."

The petition includes a prayer recalling how the mere prayerful mention of the Holy Name is a weapon that "makes demons flee and sinners tremble, and brings grace to the faithful."

The prayer goes on to ask, "Let the plans of those plotting harm and destruction be uncovered, and let the peace which only You can give reign over the minds and hearts of all in our fair city."

Witnesses heard police warn Blake to 'drop the knife' before one of them shot him.

The idea for the petition originated with Kenosha priest Fr. Dwight Campbell, pastor of Our Lady of Mt. Carmel parish. Campbell was delivering a homily at Mass on Sunday, feast of the Holy Name of Jesus in the traditional Catholic calendar, when he had the idea of asking people to implore God for peace. Historically, devotion to the Holy Name was used to preserve cities from war and violence.

The violence in Kenosha followed an altercation between Blake and police on Aug. 23. Police approached Blake, who had an arrest warrant out for sexual assault, criminal trespass and disorderly conduct. Blake was at his girlfriend's home, the same woman who had earlier filed criminal claims against him.

He brawled with police and ran to his girlfriend's SUV, which had their three children inside. Witnesses heard police warn Blake to "drop the knife" before one of them shot him. Blake afterward admitted to investigators he had a knife in his possession.

There has, so far, been no evidence that police pursued Blake owing to racism. Mainstream media, however, portrayed Blake as an innocent and unarmed black man, who was merely running away from police. The portrayal of innocence fueled outrage against law enforcement and kicked off four days of rioting, looting and burning in Kenosha.

Campbell isn't the only Wisconsinite concerned about civil unrest. On Monday, Antaramian ordered the erection of protective fencing and invoked a curfew. He further designated demonstration spaces to help minimize the impact of potential violence on the city.

The same day, Democrat Wisconsin governor Tony Evers mobilized nearly 500 members of the National Guard to assist local law enforcement and first responders. According to the order, their role is to also support critical infrastructure and cultural institutions.

In August, before all the facts had come out, Evers was quick to blame law enforcement for the violent altercation between police and Blake.

The Church has been outspoken regarding the riots, which were condemned by Milwaukee archbishop, Jerome Listecki.

On Aug. 24 Listecki asserted, "violence can never be the means to attain peace and justice."

Days later, the U.S. Conference of Catholic Bishops called for an end to the violence, especially mentioning violence against unborn children through abortion.

"We reiterate the value of those whose human life and dignity in this country are marginalized through racism and our need to fight for them including the unborn," the document stated.

The bishops called for the recitation of the Rosary and prayer for the intercession of St. Katherine Drexel and St. Peter Claver, who worked to fight racial strife.

January is traditionally dedicated to the devotion of the Holy Name of Jesus, which was formalized and instituted throughout the Roman Church at the end of the 15th century.

The devotion was championed by St. Bernardine of Siena, who preached extensively on the efficacy of the Holy Name of Jesus.

The feast was removed from the liturgical calendar following Vatican II but was reinstated by John Paul II.