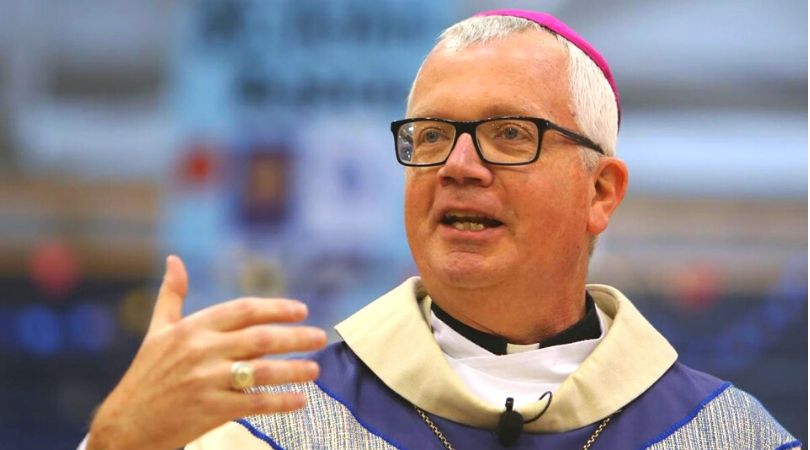 MADISON, Wis. (ChurchMilitant.com) - After the diocese of Madison, Wisconsin pushed back and threatened legal action against the city of Madison and Dane County for unfair treatment of churches, officials acquiesced.

The modification is reflected in the latest local emergency order which applies the same restrictions to religious entities that businesses had already been granted. Now places of worship are able to limit their capacity to 25% for services rather than cap attendance at 50 individuals or less, as was outlined in earlier orders.

Bishop Donald Hying of Madison lauded the changes, saying his apostolic duty is to ensure "Sunday Mass be available as widely as possible to the Catholic faithful while following best practices when it comes to public health."

Madison/Dane County Executive Joe Parisi hedged, saying although the bishop's request "raises a legal gray area," he wants to direct available resources to fighting the pandemic. "Basic life needs — food, shelter, and clothing — are in such high demand in our community given the current pandemic, so it's hard to imagine the best use of parishioner or taxpayer dollars right now is in a courtroom," Parisi said in a press release.

Sunday Mass be available as widely as possible to the Catholic faithful.

A Madison Catholic told Church Militant, "the county threw in the towel, not because the county executive and emergency director concede the point, but because they simply did not want to deal with the expense of a lawsuit."

Lawyers sent a letter to county and city officials on behalf of the diocese of Madison on June 3 explaining that the most recent public health guideline represented "unequal treatment of churches [and] violates the First Amendment and the Wisconsin Constitution," as reported by Church Militant.

Lawyers for the diocese included the Becket Law firm, dedicated to defending the free exercise of all faiths, as well as global law firms Sidley Austin and Troutman Sanders.

The lawyers made clear that "the Church has no particular interest in litigation or in a protracted dispute or an uncooperative relationship with civil authorities." But they pointed out that "the Church is legally and morally entitled to be treated equally with other similarly situated nonreligious associations that have been permitted to reopen up to 25% capacity," the standard used for retail stores.

Before county officials had responded, Bp. Hying had given pastors to the go-ahead to resume planning for 25% occupancy.

"The intent of this order was to reduce the risk of a flare-up of COVID-19 occurring in churches that could quickly overwhelm public health contact tracing and our health care systems," the mayor said. "I am appreciative of the number of religious denominations that are being mindful of the risk of congregating large groups in enclosed spaces right now."

Before county officials had responded, Bp. Hying had given pastors to the go-ahead to resume planning for 25% occupancy.

Referring to the First Amendment, the bishop said, "It is more important than ever for the Church to provide solace and comfort to all in the great tradition of American religious freedom," adding, "We look forward to working together with the county and city to continue the reopening process in a safe, cooperative and responsible manner."