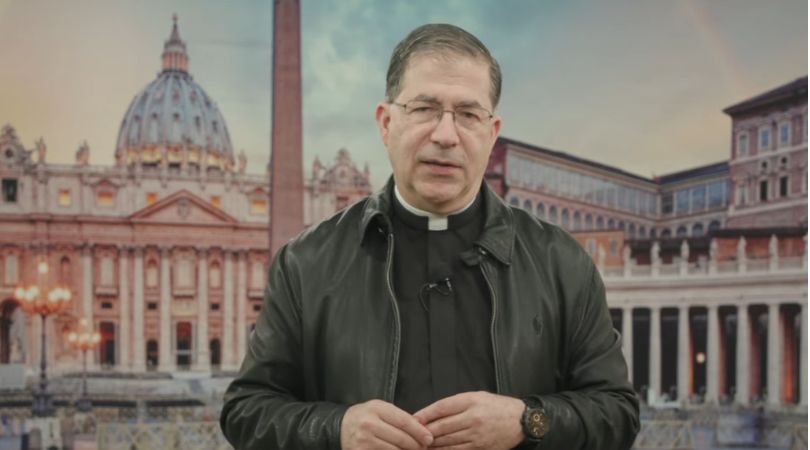 Multiple witnesses, including two priests, are confirming that Frank Pavone, head of Priests for Life, has been accused by multiple women of "boundary violations."

Father Stephen Imbarrato, who has known Pavone for 22 years and who worked at Priests for Life (PFL) from 2015–2018, confirmed with Church Militant that a female employee was the target of inappropriate behavior by Pavone during his time there.

"During my three and a half years at PFL, I counseled a woman who endured harassment from Frank Pavone and eventually left PFL employment over his inappropriate behaviors," he said in comments to Church Militant.

After the woman resigned, Imbarrato demanded that PFL establish a sexual harassment committee to protect potential victims against misconduct, including Pavone's grooming. Only after the board did so did Imbarrato himself leave the organization.

"PFL did not have a human resource department providing recourse to aggrieved employees, nor a safe, independent and confidential harassment committee," Fr. Imbarrato told Church Militant. "Having a general awareness of other victims over the years besides the woman I counseled, I resigned after the board, at my insistence, finally instituted an independent and confidential employee harassment committee to protect all employed at PFL against any future inappropriate behaviors."

He confirmed that "she was subsequently compensated by PFL."

I counseled a woman who endured harassment from Frank Pavone.

The situation raises serious questions about the ethical use of PFL's donations being used to compensate a victim. As one priest who spoke with Church Militant put it, this appeared to be a "pay-off" to secure her silence.

Imbarrato hinted at these allegations in a video he posted immediately after reports of Pavone's laicization in December. While the majority of Catholic commentators and public figures rushed to Pavone's defense and insisted he was being wrongly persecuted by the hierarchy, Imbarrato was among the few orthodox Catholics warning others about Pavone.

According to a report published in the Pillar, another woman during an earlier time period was subjected to harassment and grooming by Pavone, including his pressing against her, stroking her hair, putting his arm around her and touching her back, among other things.

Imbarrato said the woman he counseled "confirms that there were similarities in her experience with the young girl in the Pillar article."'

We are aware that a former member of our Pastoral Team has made many inaccurate statements to Church Militant about the departure of a past employee. Priests for Life did not give an employee any additional or special compensation of any kind, as he's claimed. We always strive to treat employees equitably and with kindness. Sadly, the former team member who spoke to your publication was unhappy with his assigned duties during the few years he spent with us. He has criticized our organization on social media and recently has been very vocal about his disdain for our national director. This vitriol is unfortunate, and his accusations are simply false.

In his own statement to Church Militant, Fr. Imbarrato responded, "I stand on everything I have stated publicly about the victim I counseled and the circumstances involving Frank Pavone, and if there are any falsities or inaccuracies, I would like to know specifically what they are!"

Another priest, who worked with Pavone for a number of years in the early 2000s, independently confirmed that other women were also the target of Pavone's alleged sexual harassment.

"There were several women, actually, who approached me and told me about certain boundary violations," the priest told Church Militant, including rubbing their shoulders or inviting them into his office alone late at night. "It was more than one woman who told me about this."

The priest, a credible source who has asked to remain anonymous, privately counseled two women who complained of Pavone's behavior.

"I think the archdiocese of New York became aware of it and that's probably one of the reasons that led to his leaving New York," the priest confirmed.

Pavone has always claimed he left New York for Amarillo, Texas over clashes caused by Cdl. Edward Egan, who ordered that Pavone spend more time in pastoral ministry. Pavone has never publicly mentioned the allegations of sexual misconduct, nor whether they played a part in Egan's decision to reign him in.

According to the Pillar, the reports of sexual misconduct were later forwarded to Amarillo, where Pavone eventually incardinated.

"He's always avoided [oversight of his] financial dealings, oversight by the bishops," the priest told Church Militant, "and he always claimed Cdl. [John] O'Connor 'released me for this work'" — referring to Pavone's claim that the late New York archbishop gave Pavone permission to dedicate his life to full-time priestly ministry.

"That doesn't mean his successors are bound by that same decision," the priest explained. "You can't decide on your own that you're going to do this forever unless you have the backing of your bishop."

Pavone has admitted to refusing to obey his bishop's order to scale back his work at PFL and devote half of his time to pastoral ministry.

According to PFL spokeswoman Leslie Palma, "Any complaints Fr. Frank was made aware of were handled with respect for all involved and under the supervision of the bishop of Amarillo, and were resolved satisfactorily."

As Church Militant reported on Dec. 17, Rome had laicized Pavone over "persistent disobedience." Pavone claimed to have been blindsided by the news, insisting he never received any notification of his laicization.

The claim led to an outpouring of support and outrage from Pavone's supporters, accusing Rome of targeting a faithful, pro-life priest.

In the ensuing weeks, Pavone gave numerous interviews repeating the claim that he had never received notice of his laicization and that this was the culmination of 21 years of persecution by Amarillo Bp. Patrick Zurek.

In mid-January, after the Amarillo diocese confirmed it had sent physical and electronic notifications to Pavone, as required by canon law, Pavone admitted in a Jan. 12 email, "They may indeed have sent something. I simply did not see it."

Pavone in fact became aware that the laicization process began in 2017. A May 5, 2017 letter from Bp. Zurek confirms this, the bishop basing his decision to defrock Pavone on his "persistent disobedience."

While the bishop suspended Pavone's priestly faculties in 2016, the public remained largely unaware of this fact because Pavone refused to remove his collar or obey other directives:

On December 6, 2016, I stated in a letter to you: "In light of your temporary suspension and the grave and great scandal you have caused through your disobedience, and in order to avoid further scandal, I remind you that you do not have faculties at this time, you can only celebrate Mass in private with no one but clerics present, you are not to wear your clerical garb, especially in public.

You have been in violation of this reasonable directive every day since the directive was given, in that you continue to wear your clerical garb everyday [sic], even on your almost daily Facebook videos.

The bishop denied Fr. Pavone's request to officiate at Norma McCorvey's funeral in 2017, as Pavone was suspended. Pavone ignored the bishop, officiating at the funeral "in direct violation" of Zurek's directive.

"Frank, you are incorrigible," the letter states. "You have no respect for me, my office, my authority, my oversight," adding, "I have been dealing with your disobedience and scandalous behavior for years."

For nearly 10 days following the news of Pavone's laicization by Rome in December 2022, Pavone continued to wear his collar, even as he admitted in interviews that the decree came directly from the pope and could not be appealed.

Pavone eventually acknowledged his laicization, appearing in a Christmas Eve video without his collar, which was laid in front of an image of Padre Pio, surrounded by photos of Pavone with Pope John Paul II and Mother Teresa. Pavone was likening himself to the Italian saint, who was wrongly accused and persecuted by his bishop before eventually being vindicated.

Critics noted, however, that Padre Pio was never accused of disobedience. And unlike Pavone, the Italian wonderworker refused to comment publicly on his persecution, and he discouraged his supporters from directing their anger at his bishop.

1/28/2023: This article was updated with comments from the PFL spokeswoman as well as from Fr. Imbarrato. 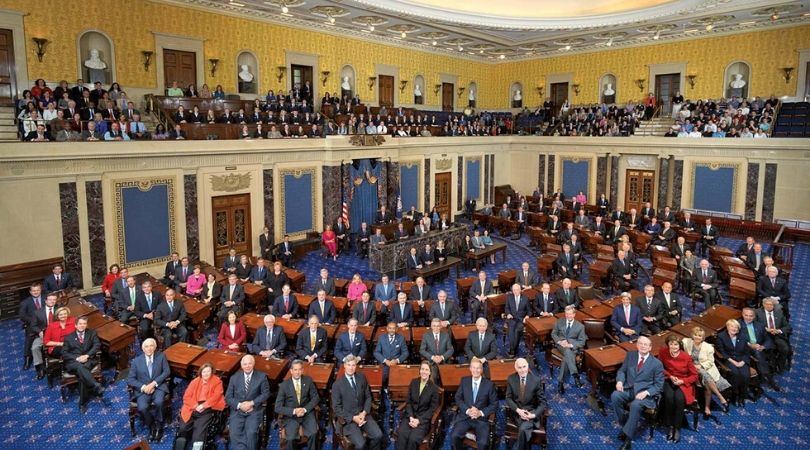 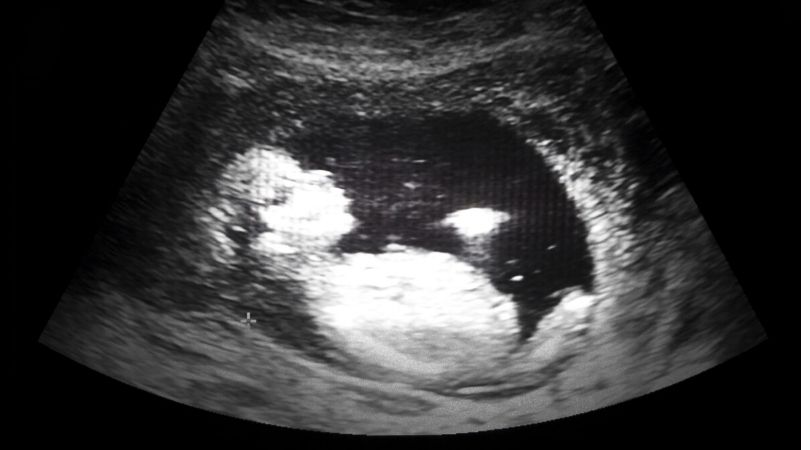 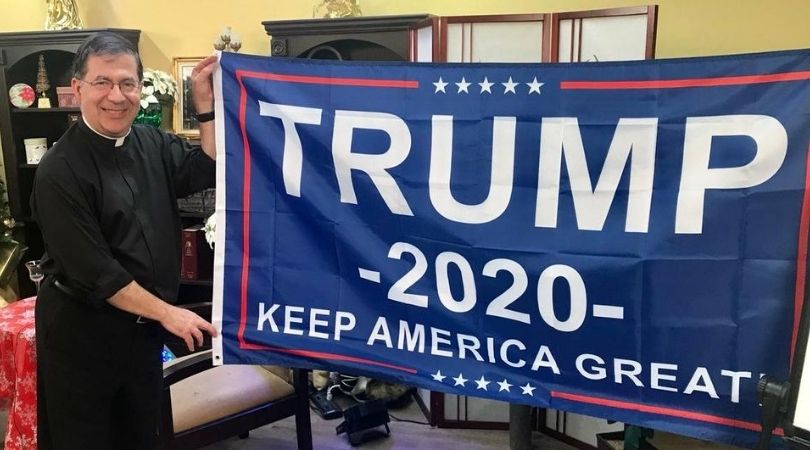