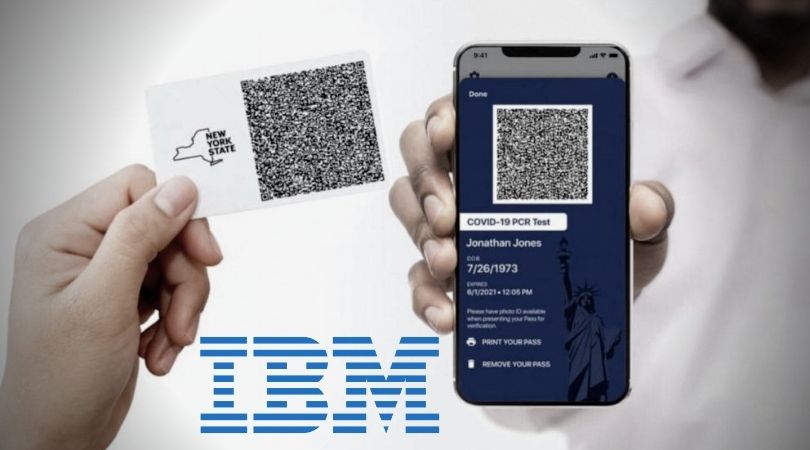 WASHINGTON (ChurchMilitant.com) - Despite disavowals by the Biden administration, IBM and other corporations are moving towards requiring proof of COVID-19 vaccination for employees and patrons. Critics fear this forebodes so-called vaccination passports that track citizens, leading to political and social control.

IBM and COVID-vaccine maker Moderna are now in league to produce a so-called vaccine passport that would share biometric identification and health information through smartphone apps with government authorities, healthcare providers, life-science organizations, global financial systems and allied businesses. On March 28, liberal feminist author Naomi Wolf (a former adviser to the Clinton administration) warned that this digital system will spell the "end of human liberty in the West."

Wolf pointed out IBM used its punch-card technology in the 1930s and 1940s to identify Jews, dissidents and others for extermination in death camps. By marrying vaccination records to biometric data, she said, governments and corporations may soon be able to grant or deny access to services and travel, for instance, while also tracking citizens' buying habits, health and movements. Some legal experts assert, however, businesses may be within their rights to deny admission to their premises.

IBM issued the following statement in a press release:

Digital Health Pass, built on blockchain technology, is a solution designed to help individuals maintain control of their personal health information and share it in a way that is secured, verifiable and trusted. Organizations can use the solution to verify health credentials for employees, customers and travelers based on criteria specified by the organization, such as test results, vaccination records and temperature checks.

The giant tech company further stated its partnership with Moderna will "focus on exploring the utility of IBM capabilities in the United States," which may include a "digital health pass" in New York state. It added the partnership would effectively deputize private businesses to enforce government-imposed health restrictions. Governor Andrew Cuomo recently announced the initiative, dubbed "Excelsior Pass," during his 2021 State of the State address.

Wolf expressed alarm that IBM would create two classes of people as did the Nazis during the Holocaust. No one will have a choice about participating in the system once it is enacted, noted Wolf.

"What people have to understand is that any other functionality can be loaded onto that platform with no problem at all. It can be merged with your Paypal account, with your digital currency. Microsoft is already talking about merging it with payment plans," she explained.

Since the platform would be on a smartphone app, the system would also gather information from users' networks of friends, associates and contacts while being able to geolocate users.

"It is absolutely so much more than a vaccine pass," Wolf cautioned. "I cannot stress enough that it has the power to turn off your life or to turn on your life, to let you engage in society or be marginalized."

"Your credit history can be included. All your medical and health history can be included," the author told viewers. "This has already happened in Israel, and six months later, we're hearing from activists that it's a two-tiered society and that, basically, activists are ostracized and surveilled continually. It is the end of civil society, and they are trying to roll it out around the world."

I cannot stress enough that it has the power to turn off your life or to turn on your life, to let you engage in society or be marginalized.

A number of businesses and government entities are moving toward the vaccine-passport concept. One example is giant retailer Walmart, the country's biggest private employer, which is offering electronic verification apps to customers who are vaccinated in its stores. Its rationale is that it can "easily access [customers'] vaccine status as needed."

Cathay Pacific Airways has requested its pilots and crew use a new mobile app that proves their vaccination status on flights from Hong Kong to Los Angeles. Qatar Airlines recently announced that it had its first fully vaccinated flight. On April 6, Qatar Airlines CEO Akbar Al Baker said that the International Air Transport Association will coordinate the rollout of the vaccination passport system. Universities like Rutgers, Brown and Cornell will require proof of vaccination for students this fall. And Israel has enacted its Green Pass, which proves vaccination status and allows the bearer access to concerts, sporting events and public venues.

White House press secretary Jen Psaki gave assurances that the federal government will soon provide guidance about proof of vaccination for travelers.  At a press conference, she predicted, however, that there "will be no federal vaccinations database" or "federal mandate requiring everyone to obtain a single vaccination credential."

But revealing the power of compliant corporations, Psaki said that "in the private sector" there is a push "to identify ways that they can return to events where there are large swaths of people safely in soccer stadiums or theaters." She further noted, "That's where the idea originated, and we expect that's where it will be concluded." Psaki stated, "Our interest is very simple from the federal government, which is Americans' privacy and rights should be protected, and so that these systems are not used against people unfairly."

Historians recall that IBM provided unique punch-card technology to Nazi Germany in the 1930s and 40s, enabling it to put the Holocaust into motion, murdering millions of European Jews, Poles, Gypsies, handicapped people and others that the regime had dubbed "life unworthy of life." Other companies (such as Ford and GM) have been accused of collaborating with the Nazis.

Edwin Black revealed in his award-winning book IBM and the Holocaust IBM's involvement with Nazi Germany and the regime's extermination program, as well as chronicling the threat posed by technology unbridled by law or morality. Black wrote in a 2012 Huffington Post article that IBM was involved in the Holocaust in "all six phases: identification, expulsion from society, confiscation, ghettoization, deportation and even extermination."

Documents, according to Black, support allegations that IBM president Thomas J. Watson co-organized Hitler's extermination program in Germany, the Netherlands, Romania and Poland. He recounts that Watson personally approved "the 1939 release of special IBM alphabetizing machines to help organize the rape of Poland and the deportation of Polish Jews, as well as the IBM concentration camp codes, including IBM's code for death by gas chamber."

In the New York Times, Black warned the world barely noticed that IBM's "massively organized information" became a means of "social control, a weapon of war and a roadmap for group destruction" in the 1930s and 40s. Since the release of his book, Black and others have since expressed great concern over the growing power of tech companies such as Google, Twitter, Microsoft and YouTube, not only in shaping the news but also in politics and the ordering of society. On April 8, Black warned during his weekly videocast that IBM is "now poised to track everyone with COVID-19 passports and even run our cities with a technology named for the sociopathic Thomas J. Watson. Punchcards are no longer necessary: Artificial intelligence will punch everyone's card."

Vaccination passports could be used to track Americans in much the same way as communist China uses its 'social credit' surveillance system.

On the same show, noted tech journalist John Dvorak expressed hope that vaccination passports will not come to fruition, noting that, for example, Florida governor Ron DeSantis has vowed to make them illegal in Florida. He warned that vaccination passports could be used to track Americans in much the same way as communist China uses its "social credit" surveillance system. China links social networks, cell phones, surveillance cameras, citizens' movements, their opinions and religious affiliations all for the purpose of awarding so-called social credits to those who embody the values of the Chinese Communist Party. Corporations and the government will be able to similarly track and identify Americans and their associates and friends, Dvorak said, as well as their political and religious affiliations. "This is a mechanism to keep tabs on the voting public and keep them voting Democrat," he averred. 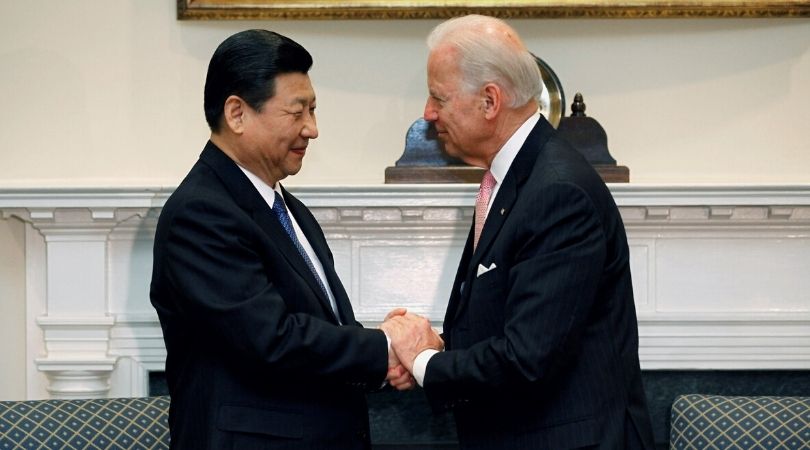