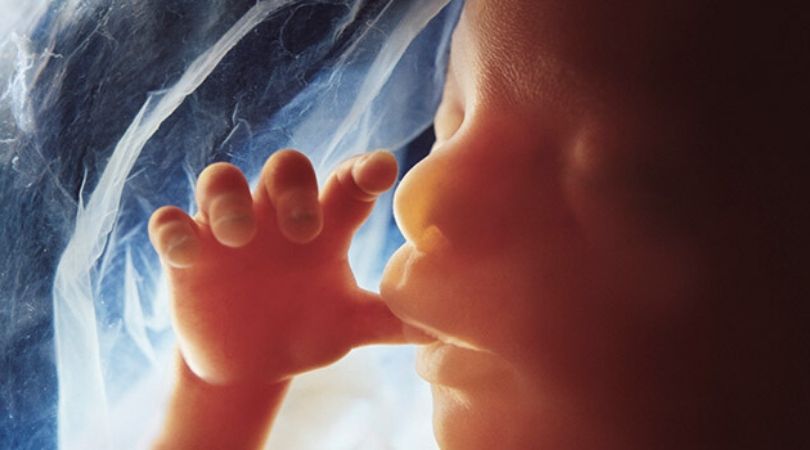 Thirty-two-year-old Ana-Maria Tudor is taking legal action against British Pregnancy Advisory Service (BPAS), the abortion provider that killed her 23-week-old preborn child. The reason — they did not inform her that her baby was able to feel pain.

"I did not find out a baby at 23 weeks might be able to feel pain until afterwards. It made me feel awful and I now deeply regret my decision," she said, continuing "Women should be able to decide what they want to do, but they must be told the truth of what is involved."

Tudor's lawyers claim that preborn children can feel pain as early as 18 weeks after conception. Deeply regretful, Tudor claims she had not given fully informed consent and blames the clinic for not informing her.

Official guidelines of the BPAS, however, begin with the premise that a preborn child is incapable of feeling pain before 24 weeks' gestation. Hence, clinics are not instructed to administer pain relief to fetuses before this time.

The absence of any mention of fetal pain in the National Institute for Health and Care Excellence (NICE) guidelines follows a 2010 study by the Royal College of Obstetricians and Gynecologists (RCOG), which concluded: "The fetus cannot experience pain in any sense before 24 weeks." Tudor's lawyers claim the abortion guidelines are out of date and need revision.

According to Carlotte Lozier Institute (CLI), a group dedicated to the latest scientific research and information on human life issues, preborn children can feel pain at 20 weeks or earlier.

Women should be able to decide what they want to do, but they must be told the truth of what is involved.

A comprehensive review of the scientific literature including neural development, psychology of pain sensation and moral implications of fetal pain concludes that preborn babies may experience pain as early as 12 weeks gestation, claims CLI. Neural connections from periphery to the brain are functionally complete after 18 weeks, and the basic anatomical organization of the human nervous system is established by six weeks, says the site.

In its fact sheet, "Science of Fetal Pain," CLI writes:

Two authors (one of whom was "pro-choice") came together to write [a] paper through a shared sense that the neuroscientific data, especially more recent data, could not support a categorical rejection of fetal pain. However, what they found in their unbiased assessments was that a review of the scientific evidence points to the existence of fetal pain as early as 12 weeks and certainly after 18 weeks.

Maureen Condic, Ph.D., an expert on human embryonic development and Associate Professor of Neurobiology and Anatomy at the University of Utah, told a congressional committee in 2013 that unborn babies have the capacity to feel pain as early as eight weeks.

How many women have chosen abortions only to find out that they weren't merely carrying a blob of tissue but a real human being, that could even feel pain?

"The earliest 'rudiment' of the human nervous system forms by 28 days (four weeks) after sperm–egg fusion. At this stage, the primitive brain is already 'patterned'; i.e., cells in different regions are specified to produce structures appropriate to their location in the nervous system as a whole," she told lawmakers.

Andrea Minichiello Williams, chief executive of Christian Concern and Christian Legal Center, which is a British evangelical advocacy group for a Christian voice in law, the media and government, told Church Militant that she is glad to see the deception of abortion practitioners challenged in this case:

The abortion debate is centered around the question of whether the not-yet-born baby is a person or not. It's more obvious to many people that the unborn baby is a person when they know he or she can feel pain. How many women have chosen abortions only to find out that they weren't merely carrying a blob of tissue but a real human being, that could even feel pain?

However, Williams claims, "abortion at any stage of development is a disaster, but the very least we should be able to do in a civilized society is to lower the [fetal age] limit [when abortion can be performed]."

John Smeaton, director of the Society for the Protection of Unborn Children (SPUC), also reached out to Church Militant with this statement:

SPUC has always argued that women should be told the truth about abortion. ... This British woman is rightly outraged that she was denied information that would have convinced her of the humanity of her unborn child and led her to refuse an abortion. Of course, in the event of making death painless for the one killed does not mean that taking life is thereby justified. Women who are rightly concerned not to cause pain to their baby ... should be offered ... support to allow their child to live.

To clarify, Smeaton added, "Neither should abortion law be made on the basis of such an arbitrary consideration as the fact that an unborn baby can feel pain. That would be an unjust law and therefore no law at all," he told Church Militant.

"Abortion is wrong and must be made completely unlawful because it involves the killing of a living human being at any time between conception until natural birth," he emphasized.

This British woman is rightly outraged that she was denied information that would have convinced her of the humanity of her unborn child and led her to refuse an abortion.

Abby Johnson, former director of Planned Parenthood, current pro-life advocate and inspiration for the movie Unplanned, said her conversion was due, in part, to realizing that Planned Parenthood told pregnant mothers a lie. "The one thing all experts agree on is that at this stage the fetus can't feel anything," she said.

Tudor hopes that her legal bid will force clinics in the United Kingdom to be honest and tell their patients that a living fetus may feel pain early on during their pregnancies.