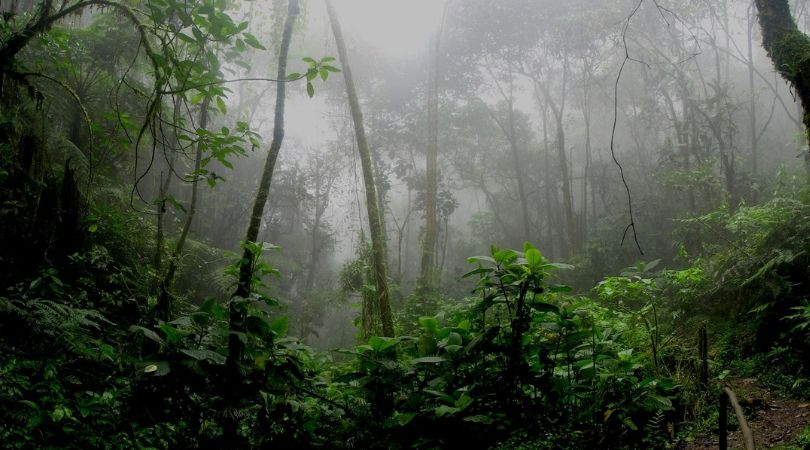 A possible foot in the door for married priests elsewhere

VATICAN CITY (ChurchMilitant.com) - The working document for the upcoming Amazon synod suggests studying the possibility of ordaining elderly married men in that region.

On Monday, the Vatican released its instrumentum laboris (working document) for the Special Assembly of the Synod of Bishops for the Pan-Amazon Region that will take place Oct. 6–27, 2019 and include bishops from Bolivia, Brazil, Colombia, Ecuador, French Guiana, Guyana, Peru, Suriname and Venezuela.

The working document, "Amazonia: New paths for the Church and for an integral ecology," offers various suggestions for discussion.

Affirming that celibacy is a gift for the Church, it is requested that, for the most remote areas of the region, the possibility be studied for the priestly ordination of elderly people, preferably indigenous ones, respected and accepted by their community, even if they already have an established and stable family, in order to ensure the [availability of the] Sacraments that accompany and sustain the Christian life.

Some see this official proposal to discuss married priests in the Amazon as another step in damaging the Church.

Some see this official proposal to discuss married priests in the Amazon as another step in damaging the Church.

Responding to Fr. James Martin's tweet on this subject, one user going by the moniker "Faithful Catholic" said, "Seems like the Vatican is attempting to dismantle the Catholic Church."

Seems like the Vatican is attempting to dismantle the Catholic Church. 1. divorced & remarried allowed to receive the Eucharist. 2. Chineese Catholics thrown to the Communist wolves. 3. Bishops to investigate themselves in abuse cases. Now married priests. Prayer & sacrifice.

Others see this proposal as a great first step.

I think this a great first step. I was worried about the impasse that the church has been at on this subject for a long time. It’s not just about sex. It’s about being able to love, and having children, also to love and to raise. That still leaves an awful lot for God.

Writing for Crux, John Allen said that "the debate is not over whether the Catholic Church can have married priests. It already does, and plenty of them."

He is referring to the Eastern churches in communion with Rome and married converts who are permitted to become Catholic priests such as those Anglicans allowed in virtue of a pastoral provision.

Allen also says that "this discussion will be very different from debate over married priests in the U.S. or Western Europe, because it's basically not ideological."

The upcoming Amazon synod might be used as a foot in the door for introducing married priests elsewhere.

Before the release of this working document, however, Alexandre Sandor suggested in May that the upcoming synod might be used as a foot in the door for introducing married priests elsewhere:

If the ordination of married men is approved as an exception for areas in the Amazon where there is a shortage of priests and no regular celebration of Masses, one can't help thinking about other "exceptions" that became the norm, such as Communion in the hand or the presence of "extraordinary" lay eucharistic ministers at Masses, among other novelties.

Though not a believer, the "Friendly Atheist" (Hemant Mehta writing for Patheos) also sees an approval of married priests in the Amazon as a foot in the door for married priests elsewhere down the road.

"The proposed change to the priesthood would only apply to those parts of the Amazon where enough celibate male priests can't be found, but it opens the door to allowed married priests in other parts of the world down the line," said Mehta.