Washington (ChurchMilitant.com) - Cardinal Donald Wuerl is no longer the reigning archbishop of Washington, D.C. Pope Francis made it official today in a letter where he accepts Wuerl's resignation. This marks the second powerful cardinal in the United States claimed by the widening homosexual clergy predator scandal.

In August, Pennsylvania Attorney General Josh Shapiro released his grand jury report and with the revelations of Wuerl’s involvement (mentioned more than 160 times) in covering up for and transferring various homosexual predator clergy, the clock began ticking on his departure.

Wuerl did everything he could to hold onto power — first, acting behind the scenes to stall the release of the grand jury report through intermediary priests also named in the report; then by hiring the expensive Jones Day law firm/PR firm to create a website extolling Wuerl's record in an effort to deflect what he knew was going to be a wave of criticism; then going on what amounted to a "speaking tour" disguised as interviews, where he pushed narratives such as that the bishops should investigate themselves, and claiming this isn’t a "massive, massive crisis" — comments that garnered intense criticism. Those ill-conceived plans completely back-fired as public scorn increased and calls for his resignation mounted.

A website demanding that he step down eventually garnered more than 100,000 signatures in just a couple of weeks and everywhere Wuerl went, he was beginning to lose support. A high school he allowed to be named after him in Pittsburgh, where he was bishop for 18 years, had its sign vandalized, his name spray-painted over. His own priests in Washington, D.C. expressed their concerns that he was no longer able to govern effectively in such a climate. And on Labor Day, at a gathering for priests and seminarians of the archdiocese, seminarians even refused to pose for a picture with him.

In what some are seeing as a slap in the face to those who wanted Wuerl gone, Pope Francis has kept him on as apostolic administrator in Washington, D.C. until a successor is named.

On September 21st I received your request that I accept your resignation from the pastoral government of the Archdiocese of Washington.I am aware that this request rests on two pillars that have marked and continue to mark your ministry: to seek in all things the greater glory of God and to procure the good of the people entrusted to your care. The shepherd knows that the wellbeing and the unity of the People of God are precious gifts that the Lord has implored and for which he gave his life. He paid a very high price for this unity and our mission is to take care that the people not only remain united, but become witnesses of the Gospel "That they may all be one, as you, Father, are in me and I in you, that they also may be in us, that the world may believe that you sent me" (John 17:21). This is the horizon from which we are continually invited to discern all our actions.

I recognize in your request the heart of the shepherd who, by widening his vision to recognize a greater good that can benefit the whole body (cf. Apostolic Exhortation Evangelii gaudium, 235), prioritizes actions that support, stimulate and make the unity and mission of the Church grow above every kind of sterile division sown by the father of lies who, trying to hurt the shepherd, wants nothing more than that the sheep be dispersed (cf. Matthew 26:31).

You have sufficient elements to "justify" your actions and distinguish between what it means to cover up crimes or not to deal with problems, and to commit some mistakes. However, your nobility has led you not to choose this way of defense. Of this, I am proud and thank you.

In this way, you make clear the intent to put God's Project first, before any kind of personal project, including what could be considered as good for the Church. Your renunciation is a sign of your availability and docility to the Spirit who continues to act in his Church.

In accepting your resignation, I ask you to remain as Apostolic Administrator of the Archdiocese until the appointment of your successor.Dear brother, I make my own the words of Sirach: "You who fear the Lord, trust in him, and your reward will not be lost" (2:8). May the Virgin Mary protect you with her mantle and may the strength of the Holy Spirit give you the grace to know how to continue to serve him in this new time that the Lord gives you. 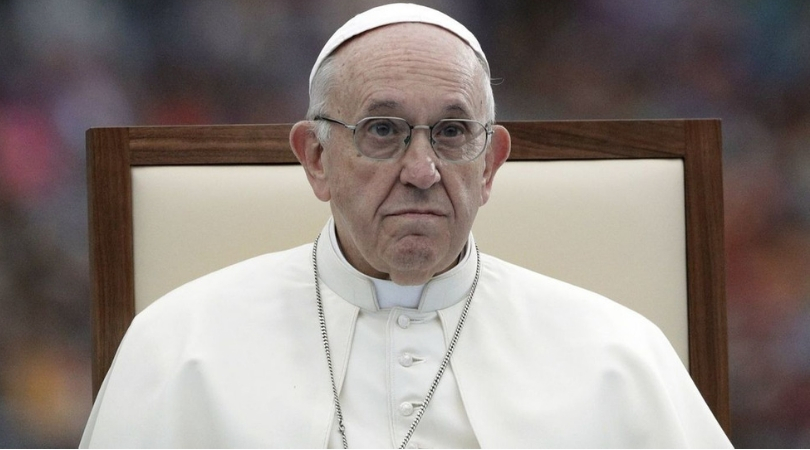