A Disgrace to the Chair of Peter

The Church belongs to Almighty God, not to the shepherds.

At exactly 4:49 p.m. Rome time, February 12,1931, a remarkable thing happened. For the first time in history, a mass audience actually was able to audibly hear with their own ears the actual voice of the Holy Father — less than a hundred years ago in a 2000-year-old Church. The very first radio broadcast, invented by Italian scientist Guglielmo Marconi, went out over the airwaves with the voice coming from the mouth of Pope Pius XI. Things were about to change forever.

Fifty years earlier in 1870, the Church had officially announced the dogma of papal infallibility at Vatican I. The dogmatic announcement was a source of some concern — and not just by enemies of the Church.

Before he died 20 years after Vatican I and 30 years before that first radio broadcast, Bd. John Henry Newman looked down the road and worried that regular Catholics would misconstrue the dogmatic pronouncement and begin to assign, in their minds, an authority to the Pope that he does not possess: common infallibility.

After the radio broadcast, a potential dangerous mix could now form in the minds of regular faithful. The mix was that everything any Pope said was held as infallible, and because of technology, we would now be able to actually hear everything the Pope said.

We have arrived at that point in the Church's history. Too many Catholics, as well as enemies of the Church, have in their minds that whatever issues from the mouth of the Pope enjoys an air of infallibility, or near infallibility. The fact that a Pope could say something wrong or be misinformed simply doesn't occur to them.

This also relates to the pious but wrongheaded idea that whoever steps out onto the loggia after being elected Pope was chosen by the Holy Spirit. That's not even close to correct.

The Holy Spirit is invoked and prayed to to supply the grace to elect the Pope He wills to be elected, but the individual cardinals in conclave are free to conform themselves to that grace, reject it or fail to see it. That applies to every one of us in our daily lives. The Holy Spirit does not choose the Pope. The Holy Spirit protects the office from binding the consciences of the faithful to error — but He does not choose the Pope. The cardinals sitting in conclave might conform themselves to His grace and choose whom He wants — but then again, may not.

Another trip down history is helpful here. In 1032, teenager Benedict IX was elected to the papacy. This was during the height of one of the most scandalous times in the Church, when Roman families were buying and selling the papacy, selecting friends as political payoff, etc. Now, Benedict is never accused of altering doctrine or making heretical statements — that's true. But he was called "a disgrace to the chair of Peter" in the 1913 Catholic Encyclopedia.

He was suspected of being the first homosexual Pope, and 50 years after his reign, a successor Pope wrote of his "rapes and murders." A hundred years earlier, during this same long-lasting period of scandal, an 18-year-old was elected to the papacy: John XII. Again, no official heresy, but an extremely dissolute life.

Before John XII, there was 20-year-old John XI, who may have been fathered by a previous Pope. These popes, who were practically children, have never been accused of heresy, but then again, from their extremely slim number of writings, decrees and promulgations, it's difficult to know what they were saying in their non-official capacities. Can you imagine what the headlines would have been if there was conventional and social media in the 10th century?

Imagine: a 20-year-old rapist, homosexual murderer — who is also the Pope — flying back to Rome when an unbelieving reporter pops a question at him about "gay rights" or any other sexual proclivity. For that fact, imagine what almost any teenager would answer to any question. There's a reason the expression developed that children should be seen and not heard.

But this problem of what a man (or boy) who also happens to be Pope thinks has only become a problem in the past 50 years, for the simple reason that there was no real opportunity in centuries past for his private ruminations to be aired.

Men in the office of Pope can be wrong. That shouldn't be a headline to Catholics — but it is. Popes can be wrong; not every word that falls from the lips of a Pope is full of grace. It's not Catholic to hang on every utterance of the Pope as though it is divinely inspired.

It absolutely depends on the time, place and circumstances of what he's saying and how he's intending it, and a press conference has zero magisterial weight — even if the Pope himself says something.

But everyone — friend and enemies — are willing to respond to it like it is magisterial. Did you hear what the Pope said? Referring to Donald Trump as not Christian has no magisterial weight.

Jorge Bergoglio can easily misspeak, especially if he's conflating his thoughts with what amounts to a hypothetical theological discussion point about nuns in the Congo — which no one can find any actual evidence of — and even if they did, it was before the issuance of "Humanae Vitae," which dealt primarily with the pill, which was a whole new thing at the time.

Every papal word is not full of grace, and no authentic Catholic has ever approached the Pope that way  even back to St. Paul when he had to challenge Peter about how he was treating the Gentile converts. The Church belongs to Jesus Christ — not popes, not bishops, not you, not me. None of this happens without the permission of the Lord of history. We must suffer as He did — even if that suffering comes at the hands of His shepherds.

It is absurd to think that the men who are popes are perfect in their understandings, thoughts and so forth. The problem today is they express these thoughts out loud in front of cameras and microphones.

It has become, since really the papacy of Pope St. John Paul II, a cult of the Pope, driven by media, which turns into a feeding frenzy from every side when this Pope or any future Pope says or will say anything off the top of his head that turns out to be wrong, misinformed and the like.

This is the danger of a media-driven papacy: It can be manipulated by those who control the media and those in the Church who want to exploit it. They want the impression to exist that everything a Pope says is Catholic dogma so that when the man who is Pope misspeaks or is wrong, they can pounce on it and capitalize on it.

Think of the international uproar that occurred when Pope Benedict was trying to make a point about moral theology during an interview and he used the example of condom use in preventing AIDS. Very imprudent example, and the headlines went nuts.

Popes make mistakes. They have private thoughts that are simply wrong, not well thought out, a result of poor misunderstanding of some theological point, even badly informed about history.

The Pope's comments about Congo nuns being allowed to take the pill seem to have no basis in reality whatsoever, because no one, repeat no one, can find any reference whatsoever that Pope Paul VI — or more accurately, even Pope St. John XXIII — ever did this.

It is a well-established non-history — so that alone shows that a Pope can be wrong if he starts quoting non-history to back up a poorly thought out answer to a reporter's shotgun question on a plane.

But the point is: No Catholic can or should be surprised by this. It is we with our poor understanding of the office of Pope who need to break this pattern of errant thought or approach to the successor of St. Peter.

Again, imagine what would come out of the mouth of teenage popes a thousand years ago who were raping and sodomizing and murdering, if they were standing in front of a microphone and were asked some random question. For the first 1900 years, we were spared. From here on out, we are on notice. 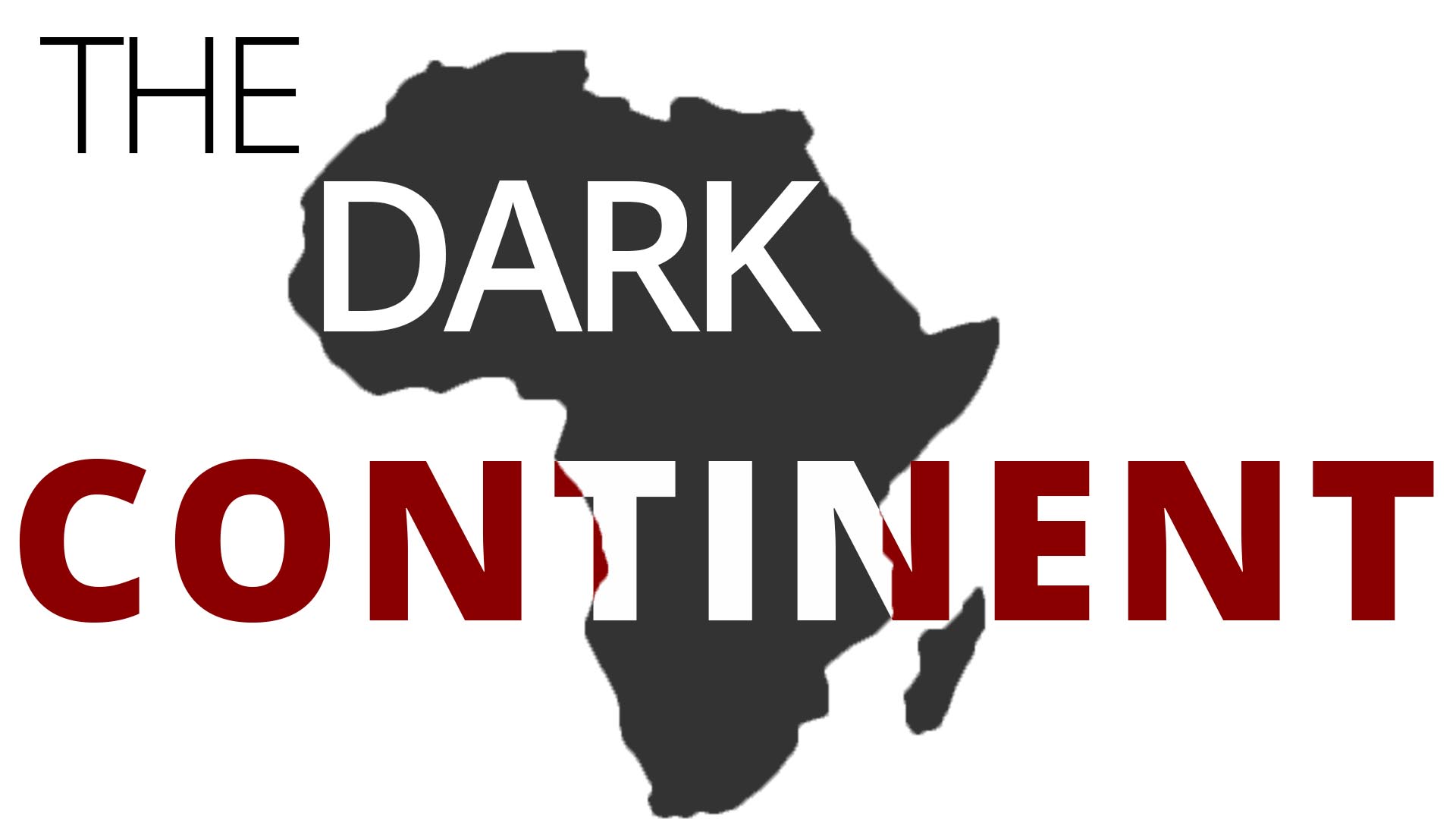 The Dark Continent
Obama and liberal bishops need to keep their hands off Africa.