The Church is in shambles. This isn't a game. This is about eternal life or death.

When the very men who are supposed to care the most about this exhibit virtually no inclination to seldom or ever speak in these terms, then they need to be questioned, both for the good of their own souls as well as of the sheep.

A Catholic so-called press that will not ask the hard questions isn't worth reading or listening to. You can't report on the people who are the problem when they are your bosses or your sponsors.

St. Michael's Media, our sister organization, is now in its 10th year, and when we began this effort back in 2006, it was aimed at telling the truths of the Catholic faith to a culture that did not want to especially hear the truths — at least the hard truths.

What we didn't realize back then was that there are many people in the Church, among the clergy, who do not want to hear the hard truths, either — and don't want you to hear them. And because many of those in the clergy also happen to be in powerful positions within the Church, it became clear to us that these leaders and their allies are even more of a danger to Catholics than the world.

That's why an independent press has to arise and make sure people, everyday Catholics, understand this point. Much of what passes for the Catholic "press" is little else than the public relations department of the U.S. bishops.

For example, Catholic News Service (CNS) is fully owned, operated and run by the U.S. Bishops Conference (USCCB). CNS is even in the same building in Washington, D.C. How on earth can the CNS in any way be considered a "news" outfit?

Any news outfit worth its value must be free and independent of the entities it reports on. Anything else is called a conflict of interest. No editor, no reporter is going to do an unflattering exposé on the guys (or bishops) who sign their paychecks. Ain't. Gonna'. Happen.

So if you want to know where the Pope is going next week, tune in to the bishops' news service. If you want to know why your family members have abandoned the Faith, don't tune in to CNS or Catholic News Agency or EWTN and all its affiliates, or the National Catholic Register. They are all simply forbidden from talking about those types of topics because that discussion reflects badly on their bosses.

Tune in to us here at Church Militant, because we will tell you like it is.

Calling them "news" is a big stretch because "news" implies something other than just reeling off information. It means exploring, digging, asking tough questions of those who don't want to answer them, contextualizing and being totally free to report your findings, beholden to no one — most especially the people you are reporting on.

It means, in short, holding people accountable — and a reporter cannot hold his own boss accountable and expect to have a job the next day.

The Church is in shambles. There's a reason why, an overriding reason with many supporting reasons. These reasons or causes need to be explored, talked about, exposed and so forth.

That's the purpose of this all-new Premium program "The Download," where each day, Monday through Friday, you will hear provocative, thoughtful discussion from five of our staff here at Church Militant who know a heck of a lot about a heck of a lot going on in the Church — things others in the Church don't want being talked about. Too bad!

This is is all very simple, really: Souls are at stake. The Catholic Church was established by the Son of God to extend His work until the end of time. When the men who have charge of the Church, stewardship over Her, are failing at their task for which they have been given an abundance of supernatural assistance, then those to whom they are both servant and shepherd have every right to ask why they keep doing things as well as not doing things which expose the souls of their loved ones to eternal damnation.

There needs to be a free and independent Catholic media with a strong voice, motivated out of charity for souls, not a gang of professional Catholics who call themselves "press" but don't really know the first thing about it.

Any outfit profiting directly or indirectly from association with the bishops simply cannot be trusted to give you the whole truth. Not. Gonna'. Happen.

That's precisely why Church Militant has been able to expand to a show like "The Download" — because concerned Catholics, authentically faithful Catholics, know something is seriously wrong, and they aren't going to get any discussion from a bought-and-paid-for gang of yes men.

The problem is inside the Church, and that needs to be downloaded, dissected, discussed and disseminated.

Starting this Monday, Church Militant's "Download" will begin that very task, and we hope you tune in each day and tell your friends. Tell them to get their download. 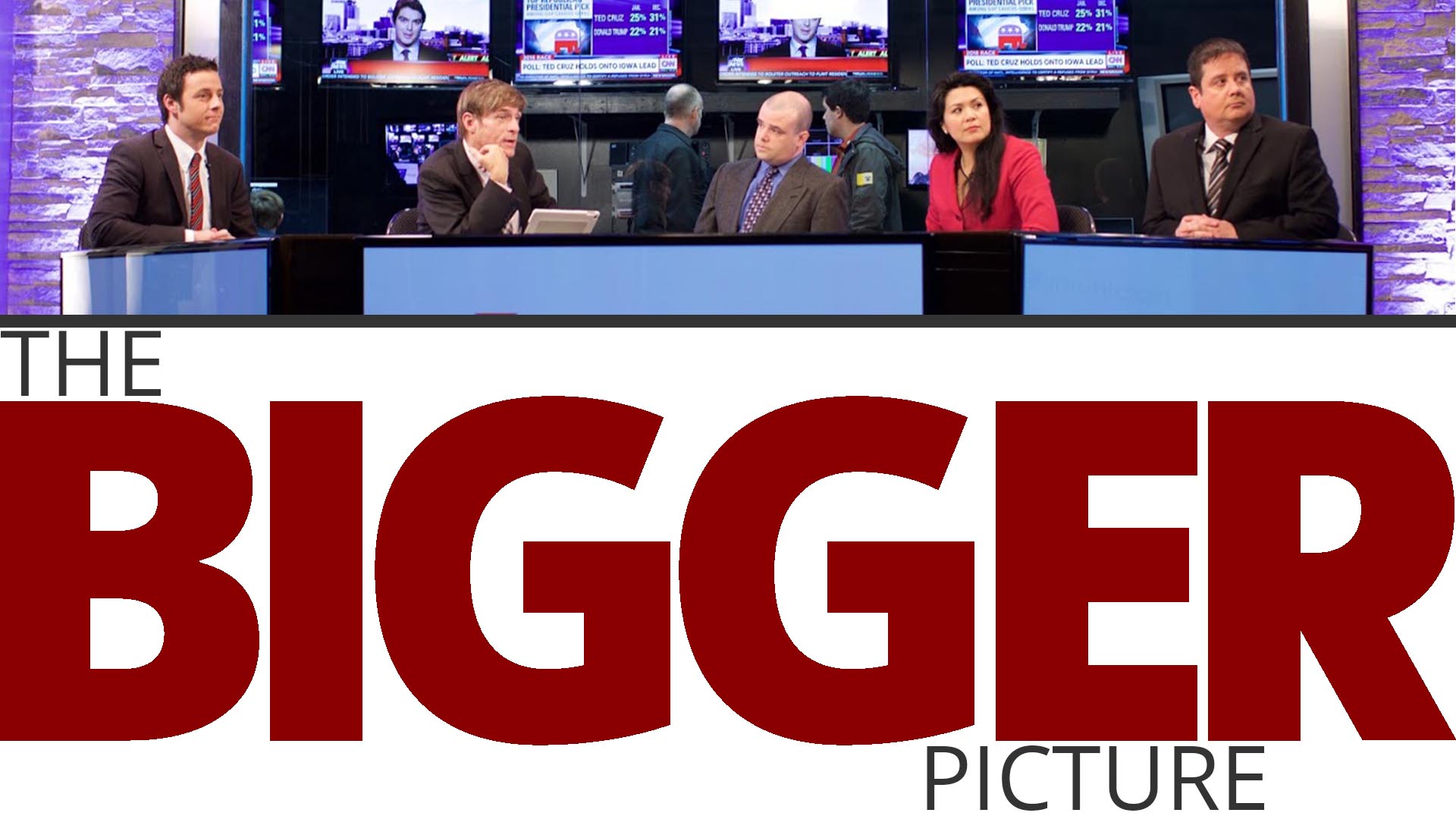 The Bigger Picture
In just a few days, the big picture will come into focus.