New Jersey Governor Chris Christie will be 53 years old in less than a month and as such is in that perfect zone of Catholics who had some touchstone to the Faith, just as liberal and homoxexual clergy were getting into high gear dismantling the Church across America. Christie is one of seven Catholic politicians running for president and a prime example of what has gone so wrong in the Church in America.

Take a quick listen to this brief clip of his understanding of Catholic theology with regard to birth control.

I can relate to Christie quite well. He and I are just one year apart. We both grew up in a Church coming apart at the seams. He knows enough to know that the Church teaches contraception is intrinsically evil and sinful, but not enough to understand why or what the nature of the Church is. He treats the teachings dismissively, as if they don't matter unless he agrees with them. He sees the Church not as a divine Institution but as an amorphous operation with spiritual trappings from which a person can agree to all, some, or not really any of its teachings.

First, he obviously got that idea in his head somewhere the first time. Was it placed there by wicked clerics who used him, as they used so many, to try and gin up rebellion against the authentic teaching of the Church? These types of clerics pursue their evil designs because they themselves are disobedient and want as many as possible to join them in the revolt.

Or did the idea get into his head all on its own — from Christie’s own imagination — and was just never corrected by clerics who failed him in a different way than the first bunch we just spoke about? And more importantly and just as condemning, how is he able to still hold this errant opinion? Has no one ever said anything to him, meaning a priest or bishop?

You don't have to be pro-abortion or pro-same-sex "marriage" to be out of touch with the Church, to have placed your soul in immortal danger. Dissenting from any Church teaching which you are bound to hold is flirting with Hellfire. If you die in such a state, the odds would be good that you would be separated from Our Blessed Lord for all eternity.

Christie is a walking, talking parody of how so many in Church leadership view the Church: as something other than the Mystical Body of Christ that can teach no error because She is uniquely guided by the Holy Spirit which preserves Her in the truth. This truth therefore reveals other truths, such as: to dissent from Church teaching is to involve oneself in error and jeopardize one's soul; such as: all other religions are false, no matter how well-intentioned their members may be. They are operating on some false principles which lead them into error because they do not enjoy the divine protection that the Holy Catholic Church enjoys.

When these truths are not proclaimed, not taught, and error is not corrected and is allowed to fester, then you get a man like Catholic Chris Christie who asks the question "Does rejecting the birth control teaching make me an awful Catholic?"

The answer that the Church of Nice doesn't want to say is the truthful answer: Yes. It does make you an awful Catholic because you have rejected truth, Governor.

And even more, your personal rejection points to an even greater rejection of the truth on the part of leaders who will not say it either out of fear or malice. Like Cdl. Timothy Dolan said in a Wall Street Journal interview in 2013, "We got gun-shy" about preaching the moral teachings. And their getting gun-shy has jeopardized their own souls, the governor's soul and the souls of a nation. 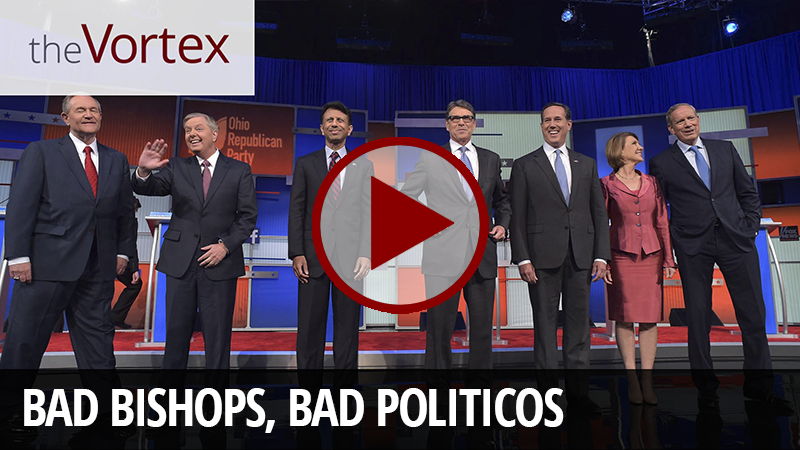