Bishops in ‘Must Win’ Pennsylvania

Election analysts have identified Pennsylvania as a must win state. "Pennsylvania, obviously, is the gateway to the re-elect," noted The Daily Beast Politics Editor, Sam Stein.

Trump won the state by a little more than 44,000 votes, less than 1% of all votes cast — the narrowest margin for Pennsylvania in nearly 200 years. In 2016, Trump was battling wildly unpopular Hilary Clinton, and he barely won. In 2020, Trump is battling Joe Biden, the state's hometown boy from Scranton.

A home-field advantage can make a difference, and Biden is doing everything he can to play up his Pennsylvania roots (a state he hasn't lived in for 65 years). And in a state with a greater-than-average Catholic population, Biden is also playing up his Catholic heritage.

The battle for the Catholic vote in Pennsylvania will be fierce because it will likely make or break the results. The bishops of Pennsylvania are in a position to make a difference in either direction. Two bishops of particular concern are Scanton's Joseph Bambera  — from Biden's childhood hometown — and Erie's Lawrence Persico. Both bishops are registered Democrats.

There are half a million Catholics in the two dioceses. In a close race, these two bishops could have a disproportionate amount of influence. While neither bishop has come out and endorsed Biden, there is evidence at least one of them has been feeding his flock ideas that support a Biden presidency.

Bambera, in particular, has a history of using his office to undermine the Faith with bad teaching. A vicar in the diocese of Scranton — a priest appointed by the bishop for a leadership position — used his homily to make the deliberately confusing suggestion that people on both sides of the abortion issue had missed the point.

"Unfortunately, neither side is really understanding the motive for life itself," said Fr. John Polenack. Bambera's own views on abortion have been questioned. He is a "seamless garment" Catholic who refuses to prioritize the horror of abortion over other social evils.

"We cannot rank one of these groups above the others," he said.

Bambera's promotion of homosexualist priest Fr. James Martin goes back at least to 2016 when he invited Martin to give the keynote address to his priests at the annual diocesan congress.

In 2017, when 18,000 Catholics signed a petition expressing their concern that Fr. Martin would be speaking at Misericordia University, Bambera was quick to come to his defense. These actions have an effect on people's lives and influence their decisions in the voting booth.

All things being equal, these bishops have the potential to singlehandedly wipe out the narrow margin of votes Trump had in 2016 and usher in a Biden victory.

Between the two dioceses of Scranton and Erie, there are approximately 1.3 million registered voters; 28% of these voters are Catholic. If these bishops and their priests are able to influence even 1% of them, that puts 36,000 votes on the Joe Biden side. 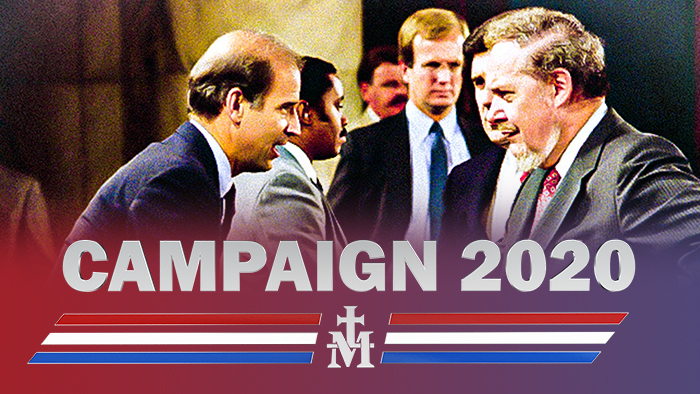