Host of the first presidential debate

Chris Wallace of Fox News Sunday is the host of tonight's first presidential debate, causing worry among liberals because of Fox, and concern among conservatives because of Chris Wallace.

A registered Democrat for at least three decades, Wallace hosted the third presidential debate in 2016 between Trump and Hillary Clinton.

Leftist media outlets like CNN, The New York Times and Huffington Post gave Wallace rave reviews for his performance moderating that debate. The far-left publication Slate published a piece on the debate titled "Imagine That — a Fox News Anchor Moderated the Best Debate of the Election."

But critics of his performance in that debate spotlighted subtle bias in some of his questions. For example, based on the erroneous premise that abortion is a right, Wallace asked Trump if he wanted to take away that assumed right.

Wallace: "Mr. Trump, you're pro-life. But I want to ask you specifically: Do you want the [Supreme] Court, including the justices that you will name, to overturn Roe v. Wade, which includes — in fact, states — a woman's right to abortion?"

But he asked Clinton how late into pregnancy she thinks the assumed right goes.

Wallace: "Secretary Clinton, I want to explore how far you believe the right to abortion goes. You have been quoted as saying that the fetus has no constitutional rights. You also voted against a ban on late-term, partial-birth abortions. Why?"

In 2018, Wallace participated in covering the Brett Kavanaugh hearings.

After Christine Blasey Ford testified before the U.S. Senate that Kavanaugh sexually abused her 36 years prior, Wallace weighed in: "This was extremely emotional, extremely raw and extremely credible. ... This is a disaster for the Republicans ... meanwhile, the Democrats are landing haymakers."

Son of famous media personality Mike Wallace from CBS News' 60 Minutes program, Chris Wallace has worked for liberal establishment news giants his entire career. He began at NBC in 1975, moved to ABC in 1989 and Fox in 2003.

Wallace has publicized six topics for tonight's debate: the Trump and Biden records, the Supreme Court, COVID-19, the economy, race and violence in our cities and the integrity of the election.

A Breitbart article, which notes the absence of topics like abortion, foreign policy and health care, is leading some to suspect liberal bias.

One comment, with nearly 400 thumbs-up votes, reads Wallace is "admitting before our eyes here that he's going to go easy on Joe Biden. ... Could Chris Walrus have proven himself to be any more a LIBERAL than this?!" 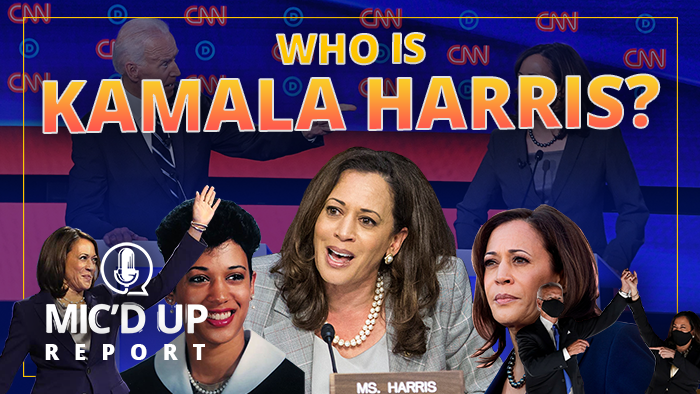 Who is Kamala Harris?
Democratic VP nominee: a Catholic take