Kamala Harris, a thread in the spiderweb

The son of billionaire progressive George Soros is highly supportive of Kamala Harris for vice president.

Also a billionaire, with an estimated net worth of nearly $25 billion, Alexander Soros posted a picture of him shaking Harris' hand — taken in early August.

The caption reads "Congratulations to our future vice president, Kamala Harris! History in the making!"

In 2016, Soros expressed similar sentiments for Hilary Clinton's running mate, Sen. Tim Kaine, saying, "Love this man! Was great to have dinner with a man we need to call one day #vicepresident."

Soros was fully behind Clinton, calling her a "passionate and committed leader."

He was also a big fan of former president Barack Obama, whom he hosted at his New York City home in 2016, saying at the time Obama "continues to truly bring out the best in the United States of America."

His father, George Soros, has dumped tons of his wealth into liberal politicians and causes — largely through his Open Society Foundations — which number in the dozens.

Alexander, as deputy chair of the Open Society Foundations, is now following suit.

Alexander Soros has a doctorate in history and an affinity for philosophers like Friedrich Nietzsche and Martin Heidegger.

He gave a seminar in 2017 titled "Heine's Pantheism: The Gay Science and the Death of God."

Soros first hit the scene as a financial contributor with a donation to the Jewish Funds for Justice, which merged with the Progressive Jewish Alliance to become Bend the Arc.

Soros sits on the board of directors for Bend the Arc, a progressive lobby group that's "rising up to defeat white nationalism," with "everyone threatened by the Trump agenda."

Alexander Soros' activism in politics extends to Democratic members of Congress, governors and mayors like Senators Elizabeth Warren, Chuck Schumer, Cory Booker and even Al Franken, who resigned in 2018, owing to sexual misconduct.

And like his father, whom Abp. Carlo Maria Viganò says funded Pope Francis' 2015 trip to the United States, Alexander Soros is heavily involved in working to shape foreign affairs.

While mainstream media dismisses any suspicion about George Soros and his network as "conspiracy theories," there's nothing theoretical about that network using its wealth to bring down Trump and push extreme liberal agendas worldwide.

George Soros sits at the hub of the Soros web. His son Alexander is now a main line, and Kamala Harris, along with Joe Biden, are woven in. 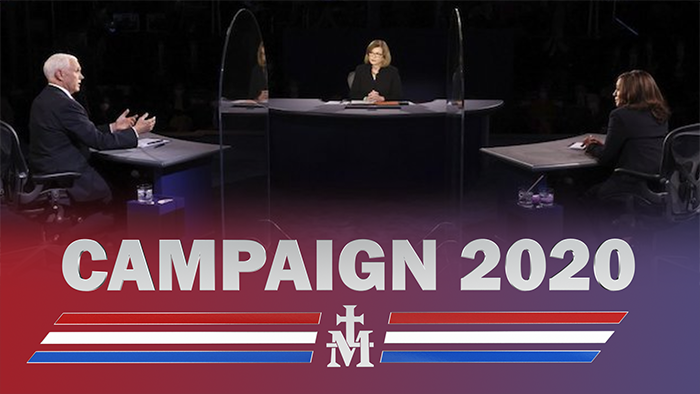