The Economy and Families

Larry Kudlow: "It raises the capital gains tax for investment by 80%. It raises the corporate tax by 35% which will make us uncompetitive. It will eliminate the benefits!"

A disaster for America's economy — that's what some experts are saying about a Joe Biden presidency.

A study of Joe Biden's tax plan determined it would stifle economic growth — and take more money from the pockets of taxpayers and small businesses.

Biden: "Here’s how my plan works. I'm not gonna raise taxes on a single solitary American making less than $400,000 a year."

Joe Biden and Kamala Harris claim their plan would only raise taxes on higher incomes.

But the research from Stanford's conservative Hoover Institution determined Biden's plan, if left in place till 2030, would reduce the median household income by $6,500.

Kudlow: "They estimate taxes will blow sky-high. The individual income tax goes up. The social security tax goes up."

In contrast, the Trump administration has raised the average household income by more than $4,000 and gives tax cuts to the middle class.

Biden's goals — like Medicare for all, expanding Obamacare and shifting away from fossil fuels for climate change reasons — will cost the federal government trillions necessitating massive tax increases.

Furthermore, it's predicted the GDP (Gross Domestic Product), one of the indicators of the size and growth of an economy, would fall by $2.6 trillion by 2030, and there would be almost 5 million fewer Americans employed — all as a result of Biden's agenda.

In traditional Catholic morality, the four sins that cry to Heaven for vengeance are: murder of the innocents, sodomy, oppression of the poor and depriving laborers of their just wages.

It could be said an oppressive taxation policy falls under the fourth one (depriving laborers of their just wages), since it separates family breadwinners from the fruits of their labor.

Already, the average American household loses more than 40% of its gross income through taxation — between property tax, sales tax, income tax and more. 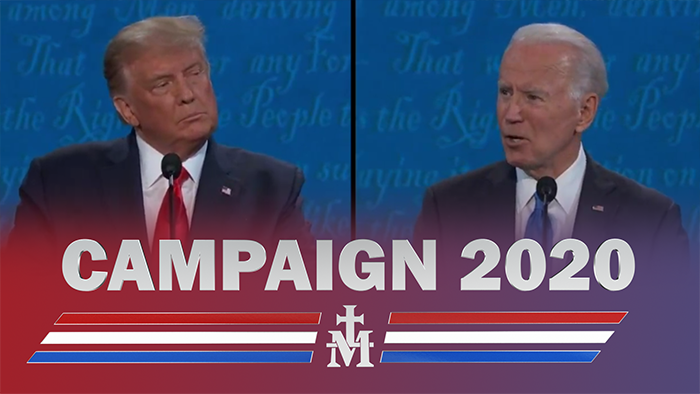