Crying in the Wilderness

We are in a new age of the icon.

The secular media has been a powerful weapon of the diabolical in destroying intellects and wills. Father John Hardon, a holy Jesuit priest who died here in Detroit 16 years ago, actually called it the Luciferian media. 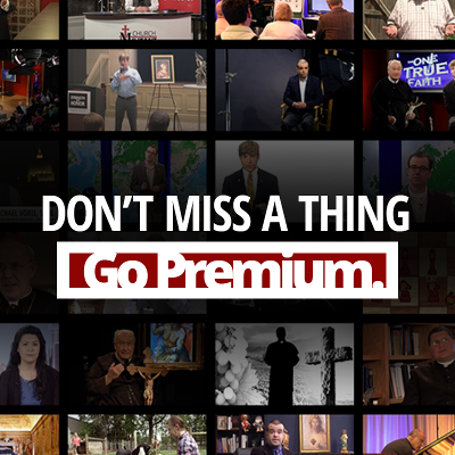 It should not come as a surprise that it was when the television became commonplace in the American home that morals hit the dumper. There was a convergence of personal immorality with public glorification of it through the media, most especially the electronic media. The human face and the human voice are powerful messengers, so powerful that it's almost impossible to overstate the power they have for conveying a message.

Not for nothing are famous people in movies and on TV called "stars" and "icons." We are in a new age of the icon. It's precisely the reason MTV — Music Television — exploded onto the scene in 1981. When people see another human excusing sin, making a joke out of it, downplaying it and marginalizing it as some outdated medieval reality, something happens in the quiet of their souls, in the back of their minds  — especially when they see this a million times over.

Since we are all victims of concupiscence, of the attraction to sin, seeing so many others giving in to sin by making fun of it, or just ignoring it, has a knock-on effect of making it easier for all of us to do the same. A mob mentality or groupthink sets in.

This was the very point that Vice President Dan Quayle was making back in the 1992 presidential campaign when he attacked the CBS sitcom character Murphy Brown, played by Candice Bergen, for celebrating having a child out of wedlock. The entire cast of the hit sitcom shot back in various episodes as America watched intently; and because of the power of the image, Americans agreed that the fictional Murphy Brown was right, and the real Dan Quayle was wrong.

If you stop to consider the thousands and tens of thousands of hours that Americans, including Catholics, have been exposed to through the television (and movies to a lesser degree), you have to admit the devastating impact that kind of saturation has had on people. Just on the more benign level, think of all the advertisement jingles you can sing: "Coke — It's the Real Thing"; McDonald's "two all-beef patties, special sauce, lettuce, cheese, pickles, onions on a sesame seed bun"; Chevy "Like a Rock" — or how about the Brady Bunch theme song, or Gilligan's Island, and so on.

It is impossible to deny these things get in your head and stay there. And while they are communicated by the audio, they create a visual image in the imagination — the imagination.

Those things, as we said, are relatively benign; but when it comes to the malignant, especially the spiritually malignant, the consequences are demonic. For Catholics, our drinking in of the culture through the electronic medium, through the visual image, has rotted the Faith of many. It's why from the very first conception of this apostolate, we dedicated ourselves to the defense of the Faith as well as its advance through the visual image — through the human face and human voice, a counterbalance needed to be presented to the other human faces telling or suggesting to you to give up the Faith.

You may have noticed that in the past few months, we have dedicated more and more of our resources to bringing you interviews — human faces and human voices of faithful Catholics who need to be heard and seen — showcased. To date, we've brought you the moving testimony and down-to-earth truth preached by Mother Miriam, who sees the destruction the Faith has undergone at the hands of various leaders and is stepping forward to do her part.

You've heard from the wonderful Dr. Alice von Hildebrand, who with her own touching story of faith warns of the dangerous waters the Church is in right now and offers a perspective of many decades. From across the Atlantic, Bp. Anthony Borwah's interview was able to convey the deep need for a stepped-up effort at evangelization in Africa, with Western threats starting to become entrenched.

Springfield, Illinois bishop Thomas Paprocki reflected on findings from his own diocesan study of Catholics and the very great challenges facing the Church in America. We also brought you Dr. Charles Rice (God rest his soul), who committed his life to holding the line at Notre Dame against the tide of modernism that has engulfed Our Lady’s University.

Then there's Bp. Athanasius Schneider, who takes a 30-thousand foot view of the crisis the Church now finds Herself in and offers his thoughts on ways to address it. We've brought you the quiet, yet still-like faith of the three sisters in San Antonio who are daughters of Mother Angelica and who likewise understand the crisis the Church is presently in, and are determined, resolved to weather this spiritual tsunami by declaring the truth.

This coming week, we will be presenting an impressive, sweeping interview with Bp. Rene Gracida, retired bishop of Corpus Christi, Texas, who has many things to say tabout the current catastrophe — how we got here so we don't repeat the mistakes.

Now we know. Compared to the Luciferian media, it's not much, we admit — but it is something.

These interviews have relatively low production costs, but they still cost — approximately $2500 each if we were to attach a dollar figure to it — some a little more, others a little less. And it is a shoe-string budget. But they present a powerful faith message that we think needs to be seen by you and then disseminated to your friends and family.

We show various portions of the interviews — usually in "The Vortex" — to encourage you to want to see more by becoming Premium members. We always have the audio available for free for those unable to pay the $10 a month, but always hope we can trust on your support to become Premium subscribers and watch these interviews in their completed form.

In short, the more you support us, the more we can ramp up our in-the-field productions and continue bringing you these interviews. I'd like to stress again the power of the visual medium. This medium has been my life's work, first in the secular realm, now in the service of Holy Mother Church.

There are some things it does poorly, things better suited to another medium. But there are things that can be best, and sometimes only conveyed, through the visual, accompanied by the spoken word. Even St. Paul recognized this fundamental truth when he said, "Faith comes through hearing."

The Faith is, after all things considered, intensely personal, oriented to the person. The human face, the human voice, has the intrinsic power to communicate in a way the written word does not. Archbishop Fulton Sheen understood this in his day. Mother Angelica understood this in her day.

And now with the institutionalization of the Internet on computers, cell phones, tablets and every other device known to man, the visual has never been more important. It's why almost 10 years ago, we set foot on this path. We are happy to bring you all these faces and voices crying in the wilderness — and with your continued support, we will bring you more. Thank you for all you have done so far and will do in the future.

Remember, next week: Bishop Rene Gracida in an interview that cannot be missed. 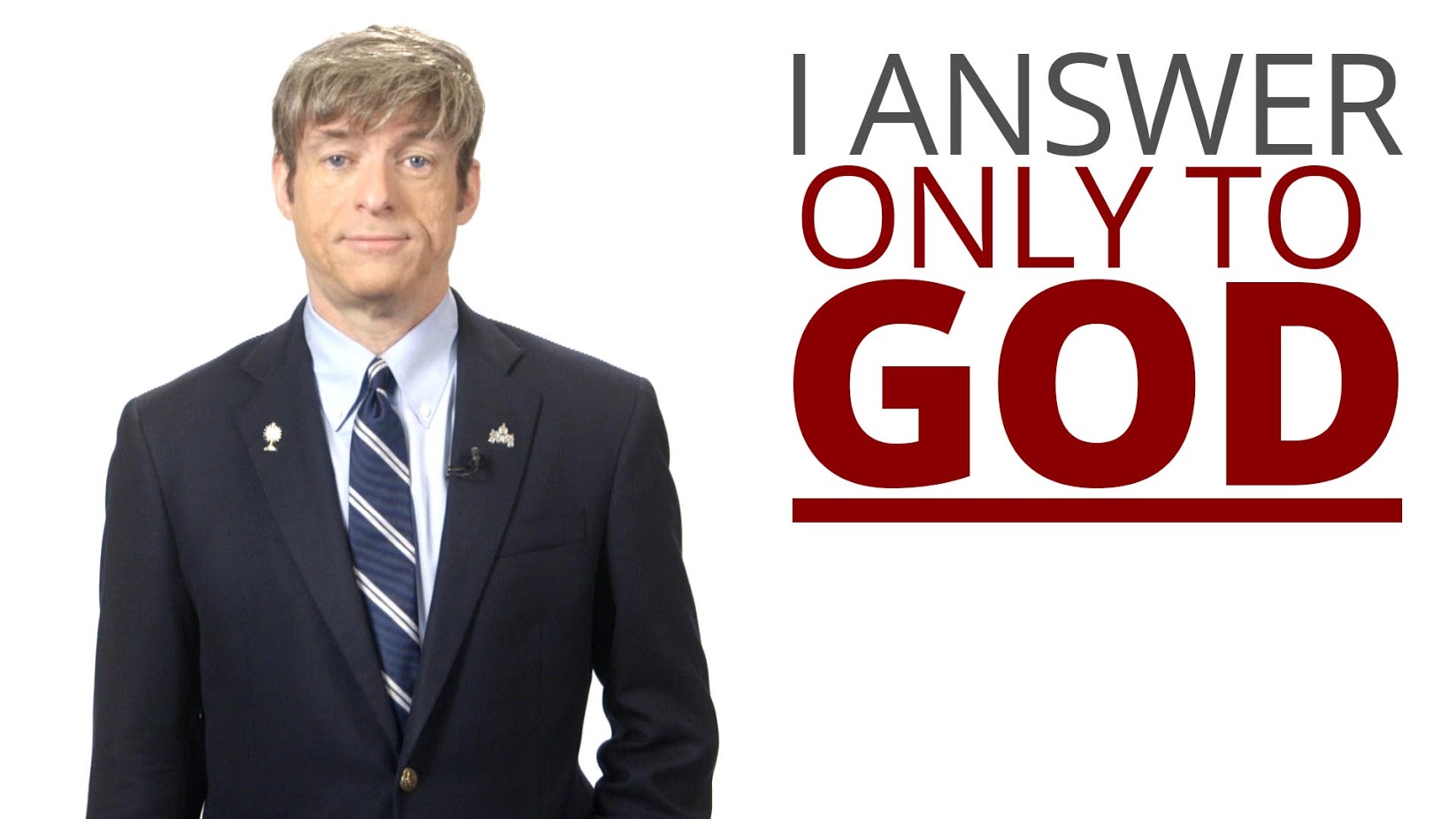 I Answer Only to God
A new culture is forming in the Church.