This isn’t evangelization; it’s a fraud.

Yesterday we introduced you to the goings on in the archdiocese of Detroit regarding its attempts in the area of evangelization by resorting to a Protestant-inspired catechism program called ALPHA, or more specifically "ALPHA From a Catholic Perspective," sometimes called "ALPHA in a Catholic Context."

ALPHA is a series of classes and videos and lectures presented over the period of about 10 weeks produced by a man by the name of Nicky Gumbel from England, who comes from an Evangelical Protestant background and makes a lot of money peddling his watered-down, barely Christian course. His program is so insulting to the Catholic faith, by manner of omission, that Catholics have had to try to reconstitute it and make it sound more Catholic, even by changing its name.

The lectures and videos that are read or presented to Catholics are written by an Evangelical Protestant who rejects the notion of the Catholic Church being instituted by Christ, rejects a Catholic understanding of the sacraments, rejects a Catholic understanding of the Scripture, never breathes a word about the Queen of Heaven, the Blessed Sacrament, the hierarchy of the Church, the devotional life, sanctifying grace, actual grace, the need for sacramental confession, the Sacrifice of the Mass, mortal sin — we could go on and on, but you get the idea.

The archbishop of Detroit, Allen Vigneron, had gotten such conflicting views about the program that he actually had a theological critique commissioned by a significant local theologian. That critique ran out to 38 pages in length — 38 pages of critique which concluded that ALPHA presents an Evangelical Protestant perspective, especially in its ecclesiology, its understanding of the Church.

The question is "How could a Catholic archdiocese put its seal of approval on a full course of this deficient material aimed at re-evangelizing Catholics?" If you want to evangelize Catholics, then teach them Catholic material from Catholic material. It's not like there's nothing else out there. This is not brain surgery.

Church Militant has learned that various people inside the archdiocese, including high-ranking clergy, are fully supportive of the Protestant program because they freely admit they themselves can't evangelize very well. They are also very sympathetic to ALPHA solely because they have a personal emotional predilection for it. It corresponds to many of their own subjective personal experiences, so they give it their seal of approval and ram it down the throats of unsuspecting Catholics.

But don't take our word for "ALPHA in a Catholic Context," or "ALPHA from a Catholic Perspective," being poison for your soul. Here is an evaluation from His Eminence Cdl. Raymond Burke of the ALPHA program written to all of the people in the authentically Catholic Marian Catechist program, which the archdiocese of Detroit and Abp. Allen Vigneron should switch to immediately.

It has come to my attention that a program called "ALPHA in a Catholic Context" has been recommended to some Marian Catechists. Having studied the program, both from the perspective of doctrine and methodology, I must make it clear that the program may not be used, in any form, in the Marian Catechist Apostolate and that Marian Catechists are not to become involved with it. While, like so many similar programs, ALPHA may seem to offer a more attractive and effective form of evangelization and catechesis, it does not have the doctrinal and methodological foundations required for the teaching of the Catholic Faith.

In the language of theologians: BAM!

This has been the evaluation of every solid Catholic who has looked over, reviewed or studied the material in the ALPHA program — up to and including the archbishop of Detroit Allen Vigneron's own local theologian he commissioned to review it.

The whole reason there is even a need in the first place to re-evangelize Catholics is because leaders have done such a horrible job at catechizing them at all. Does the leadership of the archdiocese of Detroit really think that the way to catechize Catholics after all these years of dissident theology and confusion is to have them sit down and listen to a Protestant-originated catechism and become even more confused? And isn't it bordering on false advertising to call something Catholic when it really isn't?

Bottom line: ALPHA is loved by the Church of Nice crowd because they have no foundation of authentic Catholicism from which to teach because they are so deficient themselves and confused about the Faith. So they appeal to emotions and personal experience instead of solid Catholic teaching.

The way you have a personal experience with Jesus Christ is through His Church, His Holy Bride, the Holy Catholic Church. And the way you communicate that to people is not from material produced by people who do not believe it and actually reject it.

This is what they call the New Evangelization? C'mon. A homeschooled 10-year-old could pick this apart. 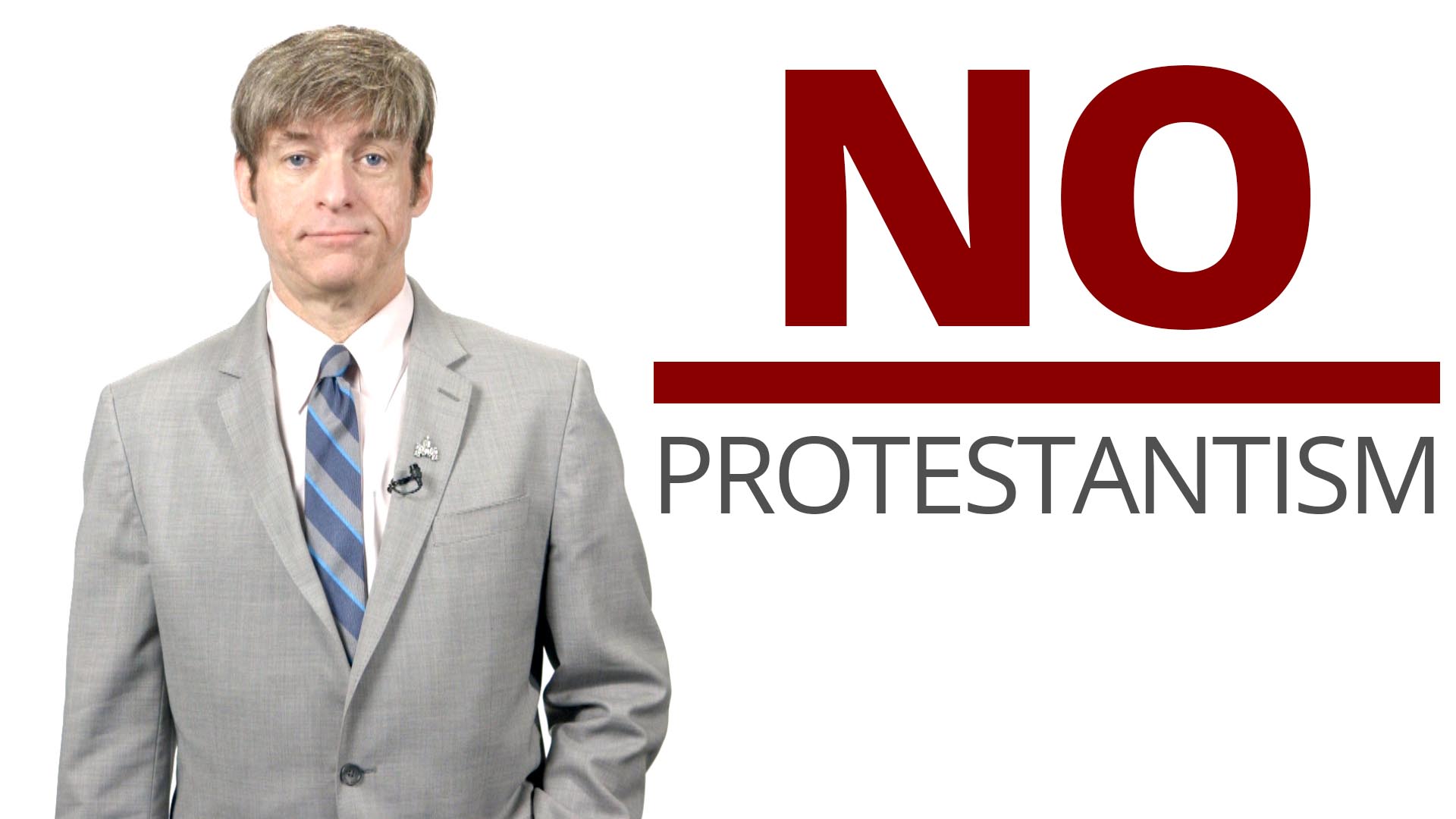 No Protestantism
The anniversary of the Protestant Reformation is a day of mourning.