Half of Priests and Bishops Are Gay

As much as half of priests and bishops are homosexual.

Here’s the headline: As much as half of priests and bishops in the U.S. may be homosexual. Now the details.

Back in 2000, just as news of the homosexual priest sex abuse crisis was beginning to break, the  Kansas City Star did an in-depth exposé on a horrible topic: the large number of  homosexual priests dying of AIDS. The newspaper's reporting brought to public light, for the first time on this kind of scale, the issue of homosexuality in the priesthood — albeit through the tragic lens of AIDS.

The newspaper conducted extensive research into the related issues of AIDS and homosexuality within clerical ranks and religious communities. Far from denying the paper's stories, the bishop of Kansas City at the time, Raymond Boland, admitted the findings were true and said, "Much as we would regret it, it shows that human nature is human nature."

The issue of the AIDS death aside (God rest their souls), it reveals the reality of homosexuality in the ranks of the ordained — and not just its presence, but its overwhelming presence.

The same time the KC Star was publishing its series of reports, another report, much less known, was also being circulated, this time in private meetings in the Church. It was prepared by the National Federation of Priests' Councils, a group born from the liberal days of the Sexual Revolution in the wake of Vatican II.

In its 34 pages is a very vivid discussion of the AIDS crisis at the time among priests owing to the large number of homosexual men in the presbyterate. Its contents contain discussions of how each diocese and religious order should go about preparing for the financial strain of caring for so many priests with AIDS. It makes recommendations about whether to screen seminarians for HIV, a policy eventually adopted across the country. Experts in the field talk about the arrested psychosexual development of homosexual men in the seminary and the priesthood.

The research and investigations being conducted back in 2000, both from the clerical organization and secular media outlets, began unearthing disturbing parallels. Priests and even bishops were dying from AIDS at an alarming rate. In 1995, New York auxiliary bishop Emerson Moore died of AIDS in a Minnesota hospice. Across the country, estimates from assorted experts put the number of Catholic priests dying from the disease at as high as 1,000 in roughly a 10–15 year span. Numbers were showing that priests were becoming infected and dying at a rate of as high as 10 times the national average.

All this strongly suggested that the number of homosexual men in the Catholic priesthood was much higher than even the most suspicious had guessed. It wasn't long before the truth started coming out, tied as it was to the AIDS death news.

Numerous independent sources inside the Church began polling and interviewing and questioning and researching. Their results were jaw-dropping. One survey done by a New Jersey Franciscan priest and researcher revealed that 45 percent of 500 priests surveyed volunteered that they were gaym and that one in four of them had AIDS — proving a rampant promiscuity.

Over the years, a large number of surveys, polls and research have produced a wide range of estimates of the percentage of men in the ranks of the ordained who are homosexual: as low as 15 percent all the way up to 58 percent. That compares to the overall national percentage of about 1.5 percent.

Where are we going with all this? Underscoring some of our reports from last week that the Church in America and other countries of the West is controlled by a homosexual collective — the most in-your-face example of which is the recent outlandish scandal and alleged cover-up in the archdiocese of New York.

The destruction rained down on innocent souls in the care of  Cdl. Timothy Dolan and his New York archdiocese chancery is shameful, scandalous and sinful — and it has happened as a result of one accused homosexual priest and the extensive cover-up and excusing of his actions by influential and high-ranking officials in the chancery and even inRome.

This week's "Mic'd Up" begins to unravel the cover-up and peer more closely at the civil case, ecclesiastical case as well as a potential criminal case which could bring this whole sordid mess crashing to a conclusion.

Here is the situation in a nutshell: The American Catholic Church is largely controlled by homosexual clergy and their allies. Those not in the network are powerless to confront it owing to its vast influence and fear factor, as well as not really understanding how it operates. The Catholic establishment media won't get within a million miles of this issue of the homosexual collective because they too are scared.

But you lay faithful and independent Catholic media outlets like Church Militant, as well as others, don't suffer from being wedded to the establishment. It's why we can pour resources into a story like the New York scandal and use it as a springboard to help you understand the even larger stakes involved. The power of this homosexual collective must be broken and the first step in that is exposing it.

We invite you to view this week's "Mic'd Up" and watch the anatomy of a cover-up. Over the past half century, tens of thousands of homosexul men have been recruited and admitted into the priesthood. Many of them went on to be serial abusers. But others, large numbers of them, have used the Church as a means to deal with their own pyschosexual drama and laid waste to the faith of tens of millions in the process.

This evil must be dragged into the light and those responsible dealt with. 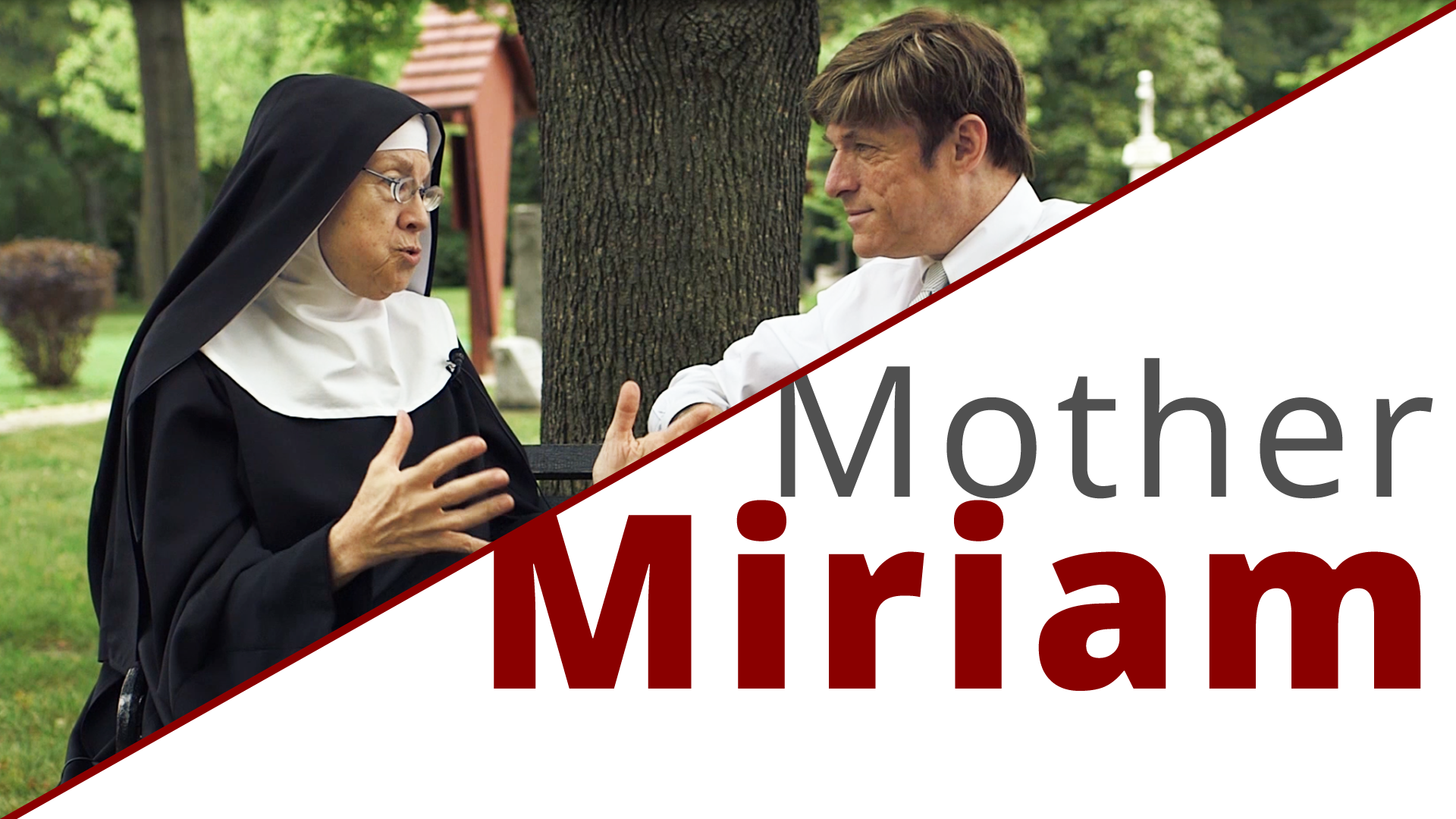 Mother Miriam
Michael Voris and Mother Miriam discuss the beauty of religious life and the family.