I Answer Only to God

A new culture is forming in the Church.

The horrific story coming out of central Pennsylvania in the past couple of weeks is almost beyond words — the sexual abuse of hundreds of boys at the hands of priests and religious covered up not just by various bishops and religious superiors, but done actually in collusion with local government authorities.

It's all spilling out now in not just one, but two grand jury reports, convened to investigate this very issue. The scope of the original investigation was somewhat narrow, but, as happens quite often, one thing led to another, each covered-up fact led to the revelation of many more, and suddenly, you have not only the crime, but the larger cover-up.

We’ll leave the details of the original stories and the growing list of subsequent ones aside for the moment, but they can be read about and viewed here on Church Militant. The focus of this Vortex is how this all came about — and the how really gets down to a who.

His name is George Foster, a 55-year-old advertising man who is a devout Catholic, completely dedicated to the Church and Her teachings — all of them. For years, he had been gathering information on not just the abusers but those covering it all up, the broad, overarching network of cover-up involving bishops, religious superiors and government officials.

This activity went on for decades, and Foster could no longer sit back idly. Foster, a father of six, comes from a long history of devout Catholics: His uncle and brother are priests, and his mother was a devout Catholic pro-lifer, and his father led the family Rosary every night.

Abuse victims, after being shunted off by religious authorities, started coming to Foster after reading his letters to the editors of local newspapers saying this homosexual priest problem had to be addressed — and the only way to address it was to expose it. State investigators eventually stumbled across Foster's name while doing their work, and when they came to him, he provided boxes of well-organized, detailed files he had been keeping for years.

They were stunned. What Foster had amassed was practically their entire case, which resulted in the two grand jury reports handed down at the beginning of March implicating two successive bishops of covering up the cases in cooperation with various police chiefs and other law enforcement, as well as elected officials. 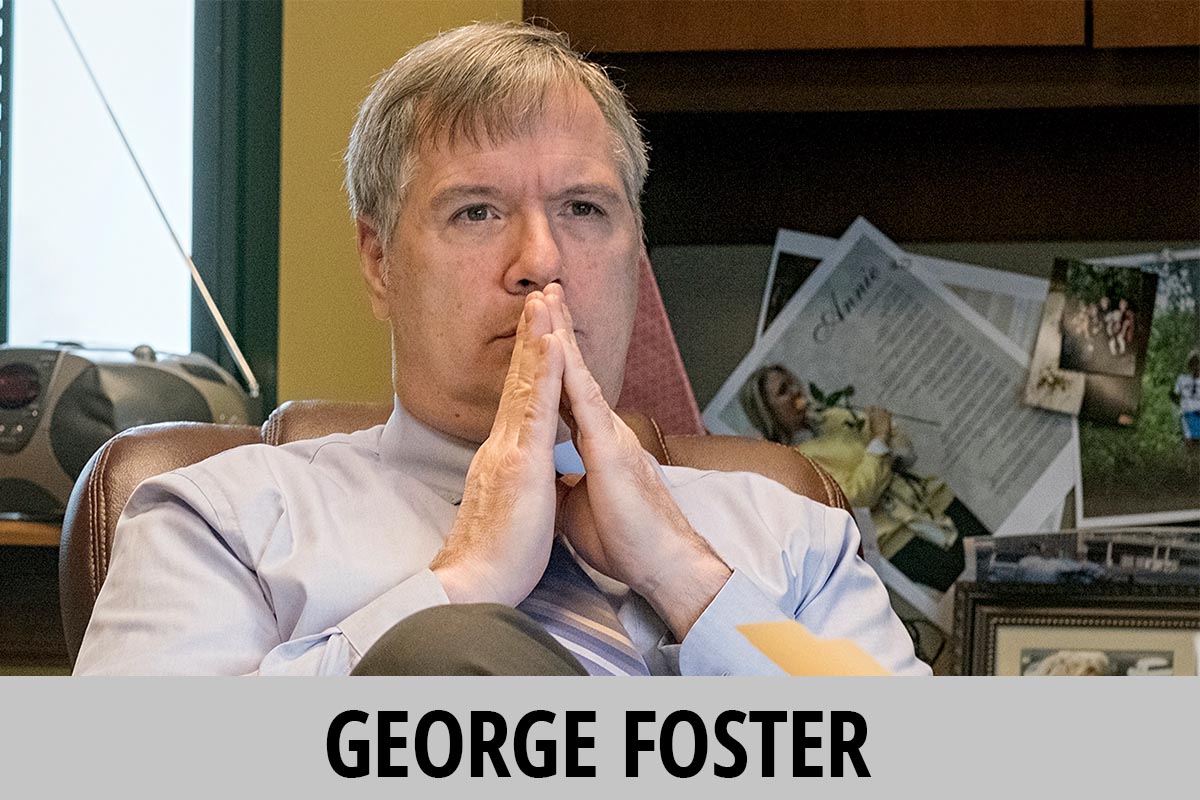 Church Militant spoke with the intrepid Foster, and he said flat out: This was his duty before God because the Church wasn't doing anything about it. In fact, they were obstructing justice. He has taken grief from the establishment Church, but says flatly, "I only answer to God. Bishops don't bother me."

And before anyone runs wild accusing Foster of being some liberal ecclesial anarchist, his comments are in reference to the sins of bishops and religious who are committing horrible deeds, not the more general aspects of a bishop's teaching role.

Here is a layman who saw evil and sin and wickedness and said "Game over. Someone has got to do something." And given his deep faith and lineage and devotion to Our Lord's Bride, he decided that someone needed to be him. So he started writing letters — and the rest is history.

Owing to his lone-ranger efforts, a couple of weeks ago, the portraits of the two bishops involved in all this filth were removed from the cathedral: Bp. James Hogan and Bp. Joseph Adamec. They were ordered taken down by the new bishop Mark Bartchak. Those two men conspired for nearly 40 years with police and others to keep hundreds of cases of sexual abuse and the 50 homosexual priests and religious protecting them under wraps. Meanwhile, the abuse continued, and the Faith was wiped out in the area.

Foster's case points to an increasing trend among the laity, in which Church Militant is involved as well, of faithful, committed Catholics taking things into their own hands and exposing the moral corruption to the secular world because they get shut down by the ecclesiastical world.

The nightmare case of a homosexual ring of priests running the show in the archdiocese of New York is also a case of faithful parishioners in the Bronx having to file a lawsuit about enormous sums of money allegedly being embezzled by a homosexual priest to pay for years of association with a male prostitute. Only after their action became public with the filing did the archdiocese finally take action, after at least two years of skirting the facts and engaging in a cover-up.

More and more, faithful Catholics are being forced to look deeper into various situations and sniff out corruption and infidelity. Only when the case involves some lurid details does the secular media report it — but there are many more cases and instances of damage to the Faith than just lurid cases.

All over the country, the Faith has been damaged by pastors and bishops who will not heed the pleas of their sheep about the acceptance of homosexuality being forced on them in schools, parishes, clubs, ministries and so forth. In a huge number of dioceses, the Faith is being betrayed by leaders who are more interested in anything but the advancement of the Faith. And still, even the simplest expressions of regret over past failures is elusive.

In Milwaukee, Wisconsin, for example, former archbishop Rembert Weakland resigned in disgrace when a man with whom he had an ongoing sexual relationship went public with news that Weakland had paid him almost a half million dollars to keep quiet. Years later, the archdiocesan headquarters still bore the name of the dissident bishop Weakland emblazoned across it, who openly challenged Church teachings on homosexuality, contraception and the all-male priesthood.

He ran Milwaukee for 25 years, was president of the U.S. Bishops Conference, and all the while was a practicing homosexual who has since written a book saying the Church is wrong on this subject. Again, another lurid story making headlines and forcing a change, but only after being made public by a layman in the secular press.

Pope Benedict called all this "filth" — his word — but apparently bishops worldwide don't seem to agree it’s filthy enough to put a stop to it. So laymen like George Foster and many more beginning to emerge into the open are saying, "Bishops don't bother us. We answer to God only."

This is becoming a runaway train, and the bishops had better do what they have to do to end it all. We need to pray for them every day for fortitude. 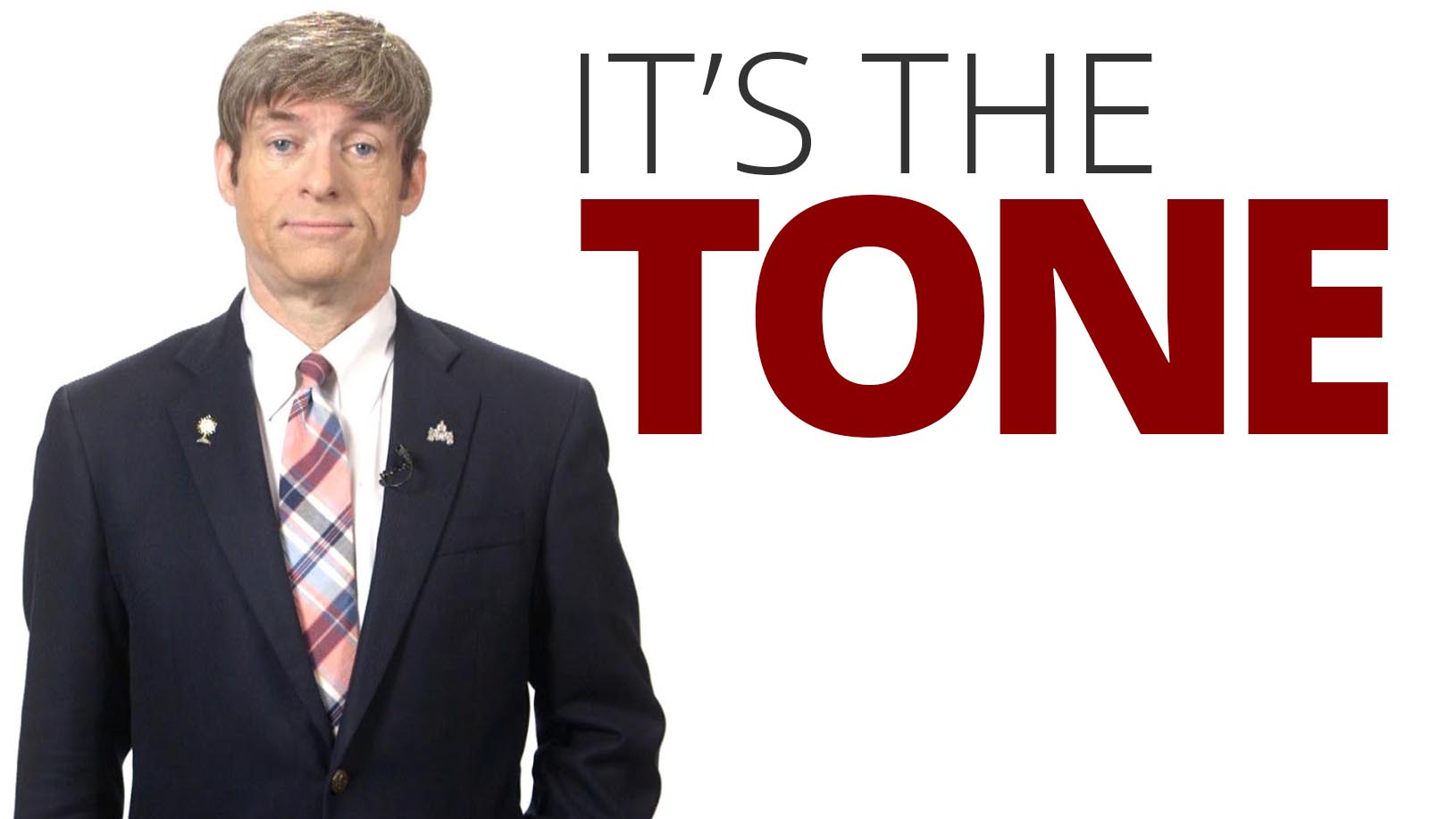 It’s the Tone
Your "tone" is unacceptable.