Your "tone" is unacceptable.

Perhaps the most common weapon used by the Church of Nice when confronted by the naked truth of its abysmal failure is the calling out of the "tone" of faithful Catholics.

The "tone" excuse is really a pathetic excuse when you think about it. It's a last-ditch effort to try and cancel out the reality of what's being said by accusing faithful Catholics of not being nice about how they are saying something.

And why is it a lame approach? Let us count the ways. First, it is intended to completely distract from the truth of what is being said, what the real topic at hand is. It's a sideshow issue. It has nothing to do with the point. It's an attempt to seize the argument and redirect it.

Secondly, to accuse someone of not having the right tone, while appearing to be concerned about niceties and politeness, is really a proud, superior attitude. Whoever said the Church of Nice is the moral arbiter of what is the appropriate "tone" for a discussion on some crisis or disaster in the Church? Who died and made them "tone king"?

But faithful Catholics have been smashed over the head for so long now about their "tone" that too many have come to accept that we must always dial it back, soften the approach, speak in the appropriate tone. Who says so? Really?

How about faithful Catholics hitting back at the Church of Nice and its many-tentacled establishment saying we don't think your tone is appropriate. Your tone is condescending and demonstrates nothing of the quality of leadership. You aren't  the tone-meisters, the judges of what is the correct tone.

In fact, the tone that the Church of Nice speaks in is entirely insufficient to the emergency at hand. You don't witness a burning building with people inside and stand on the street corner politely saying, "Um, pardon me. We seem to have a bit of a conflagration that someone should address."

The correct tone is: "Get out of the building now, before you and your loved ones die!!"

But to the genteel crowd of sophisticants and establishment types, it would be horribly undignified to speak in anything other than hushed tones, regardless of the situation.

Who do these people think they are? Bishops and chancery personnel, Catholic media hacks who think they are the masters of the universe and can dictate everything right down to the tone that faithful Catholics can express their deep concern over affairs in the Church. It's galling that the Church of Nice has assumed unto itself the role of proper tone determiner. Well, you ain't.

You hear it all the time from them: "It's not so much what you say; it's how you say it." Really? Says who? You? You who have sat atop the great meltdown of the Faith in the Church's 2000-year history? It seems a little more listening and a little less mouth is in order for all you establishment types.

Here's something the Church of Nice needs to hear: You don't speak in the right tone. You issue no sense of urgency in your speech. You express zero sense of alarm as Catholics desert the Church by tens of millions. Your tone is, frankly,completely wrong. You are ill equipped to address the current crisis. You are judgmental of faithful Catholics, and apologetic to dissidents and heretics and poorly formed layers in the Church who are bringing down ruination on the flock.

You are the ones with the wrong tone. And in your specific case, it is not just the tone, as you accuse us of, it is both what you say and how you say it. Moreover, your sins of omission — the what you don't say — is what's caused so much damage.

What you say is deplorable. What you don't say is even worse. And you need to drop your pompous tone of saying the tone of others is inappropriate. You do not get to decide what tone is acceptable and what tone is not. Your tone is unacceptable because it has not measured up to the crisis, and the reason you don't want others running around pointing out the burning building is because you are one ones with the matches in your hands.

Faithful Catholics: When anyone brings up the tone argument. go all philosophical on them and ask: Who are you to determine what the tone should be? Based on what standard? Measured against what objective rule? And then hit them right between the eyes and say: "Shouldn't the tone be appropriate to the circumstance? That is, after all, the underlying notion of prudence, which St. Thomas calls the Queen of all virtues.

Ask them this: What tone exactly should the Church of Nice use when it comes to the continual revelation that huge numbers of the clergy are homosxuals, many of them active? What tone should be the right tone when it comes to discussions of failed leadership, which has cost millions of souls? Is there a correct tone that we should be using when it comes a discussion of various clerics and prelates who present the notion that we have a reasonable hope that all men are saved? Or what tone, pray tell, should we be speaking in when the discussion arises that all religions essentially lead to God?

Use of this hackneyed and discredited approach of "your tone" to try and change the substance of the discussion to one of style has gotten us nowhere. It has, in fact, caused us much suffering. It doesn't matter if people like you when you talk. It doesn't matter if they can't get past your tone, however subjectively they may interpret it.

What matters, the only thing that matters, is the truthfulness of your points, how much what you say corresponds to reality. There isn't one person on earth who will speak in a tone acceptable to everyone. So stop the tone charade. Speak the truth and stop subordinating the truth to the tone. That's what wimps and bullies do. 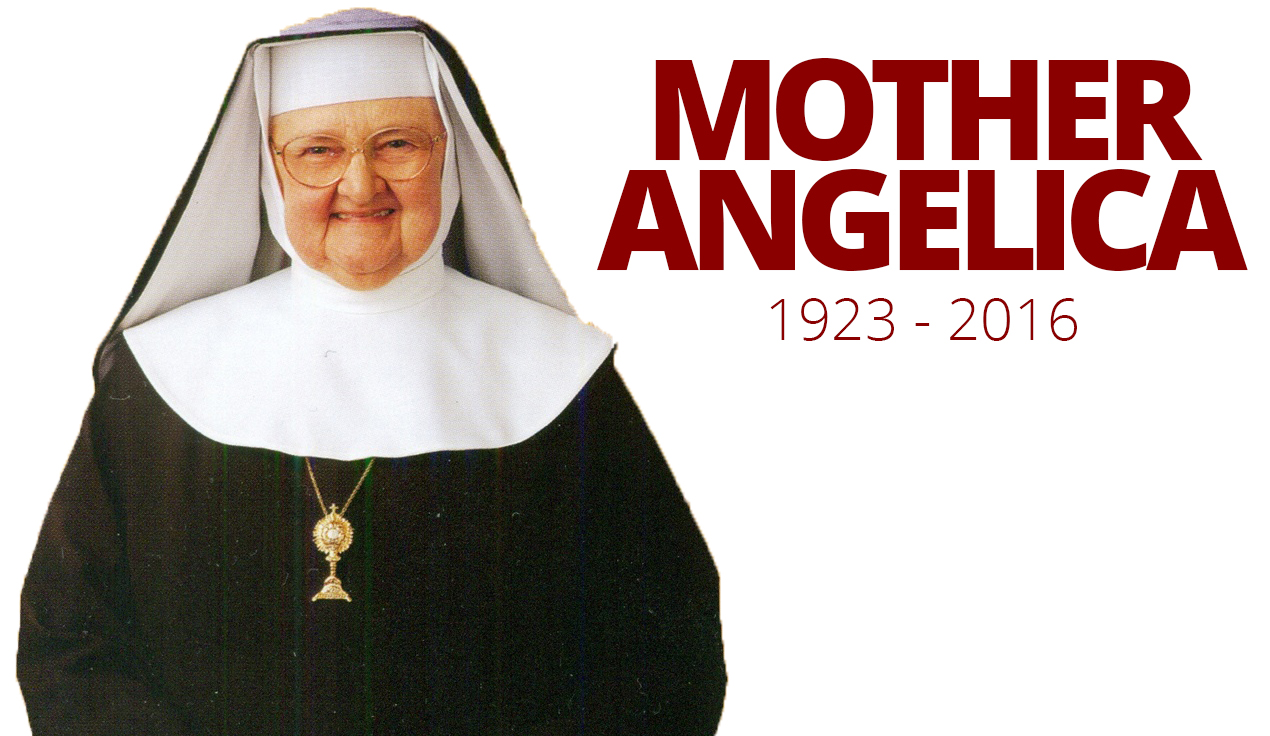 Mother Angelica, 1923–2016
A giant has passed from the scene. May she guide us in our actions.