We must not seek to limit God.

If you have children around, you may want to view this first before them.

As you probably know, the apostolate has been somewhat silent this week publicly.  That’s because a situation has developed that I must fill you in on. It involves the sins of my past life all committed prior to my reversion to the Catholic faith. We have on very good authority from various sources that the New York archdiocese is collecting and preparing to quietly filter out details of my past life with the aim of publicly discrediting me, this apostolate and the work here.

I have never made a secret that my life prior to my reversion was extremely sinful. I have said many times — in public — that I was in a state of mortal sin, and had I died, I would have been damned. I also revealed these sins were of a sexual nature and that they occurred over a prolonged period of time. I did not reveal the specific nature or details of the sins, because when I returned home to the Church, I did not think that a full public confession of details was necessary in order to start proclaiming the great mercy of God.

Perhaps that was a wrong assessment. I don't seriously know. Perhaps along these years I should have been revealing of greater detail. That, I now think so, but more on that in a moment.

Whatever the matter, I will now reveal that for most of my years in my thirties, confused about my own sexuality, I lived a life of live-in relationships with homosexual men. From the outside, I lived the lifestyle and contributed to scandal in addition to the sexual sins. On the inside, I was deeply conflicted about all of it. In a large portion of my twenties, I also had frequent sexual liaisons with both adult men and adult women.

These are the sins of my past life in this area which are all now publicly admitted and owned by me. That was before my reversion to the Faith.

Since my reversion, I abhor all these sins, especially in the world of the many many other sins I have committed having nothing to do with sexuality. I gave in to deep pains from my youth by seeking solace in lust, and in the process, surrendered my masculinity.

Many of you know the story of my mother's prayers and sacrifices and pleading to God on my behalf that I give up my sinful life and return home to the Church. As a last resort, she prayed to be given whatever suffering needed so that I would be granted sufficient grace to revert. It was shortly after that prayer that her very early stage stomach cancer was detected, which she died from a few years later.

During the last year of her life, I began to change by beginning to frequent the sacraments more often. When my mom died, I pledged at her coffin that I would change. I said, "Mom, what you went through for me, you will not have gone through in vain." I returned fully and completely to the Faith and close to two years later, I began this apostolate.

I was thrilled, over the top with gratitude for what God had done for me through my mom and her suffering. He had rescued me from a miserable, horrible spiritual darkness where I lost almost all understanding of myself. And in order to understand the great mercy of God here, you must realize the corresponding great depths of evil into which I had plunged myself. Those were dreadful days, years.

I had great pain to overcome from childhood and my youth and instead of recommending myself to God in my youth, I gave in to the flesh and died spiritually. I shudder every time I think what would now be my lot had I died in a traffic accident or something.

I gave up myself — my masculinity, my identity, my self-understanding, my own dignity as a baptized Catholic. As I have said publicly, without the details, I lived a horrible life and would be in Hell had I been killed before returning to the Faith.

I want to take a moment to apologize to anyone who is wounded in any way by this. I did not intend to deceive. I just didn't see the need to provide up-close detail of past sins in order to inform people of the Faith. I thought it sufficient to simply state the true and overriding fact that I had led a horrible life, and through my mother's efforts, been given sufficient grace to come home as a prodigal son.

From the time of my return to the Faith, I have wanted nothing than for others to experience the joy and life-giving truth of the Catholic Church, to know that the dead can be raised, to deeply consider what is truly meant by "With God all things are possible."

All things are possible. "Though your sins be as scarlet, I shall make them white as wool." Even the most seemingly difficult, never-can-happen, not-in-a-million-attempts kind of things. All things are possible. No thing is impossible for God. He can even restore your formerly shattered, confused sexuality. It does not matter — whatever the issue, whatever the sin, whatever the depth of the deepest darkness, there is nowhere God can not come to you and rescue you.

He did it for countless men and women with horrible, horrible lives who became saints: Paul, Augustine, Francis, Ignatius, Margaret of Cortona, the patron saint of reformed prostitutes.

There is real power in the Cross. It isn't just nice poetry and stuff of Church songs. "Lift High the Cross of Christ" indeed. Saint Paul saw that when he was done murdering the first Catholics. I'm not portraying myself as a saint, but I am here today telling you that everything about the transformative stuff of the Faith is real. It's true. I know it's true.

Through the teachings of this Holy Catholic Church established personally by the Son of God on St. Peter for my salvation, your salvation, through Her sacraments, through Her intrinsic power, I was given back my masculinity that I had squandered.

I was restored to life. It is real, every last bit of it. And when you know it, you know it — and you want everyone else to know it. And you want to make sure nothing stops them from knowing it like you know it.

It is freedom. It is joyful.

Since our earliest days, what we do here has been a target of the diabolical. He has put forth too many traps for me to even recall. The goal has been to shut us down and end this mission because we constantly speak about the glory of the Catholic Church and its life-giving power. He doesn't want that message being heard. He wants people being ensnared.

I have made many mistakes and missteps as the leader here, but in regard to this specific point, it was a mistake to not bring this forth earlier. I did not do it to deceive, but because I did not understand the necessity.

Now I do. I was limiting God. I was restricting, putting limitations on the good news of His saving power. He did not just save me from a bad life — that is far too general. In much more concrete terms, He reached down into the mighty dark waters, the tempest, a sea of sin, and drew me out — for nothing is impossible with God. Nothing.

I do not know what the result of all of this will be. It is difficult to speak of, beyond unpleasant to recall. But those sins are the past. This is a new life, a new man, as St. Paul says.

This is why when I was in Fatima in person five years ago, I took advantage of the moment and I consecrated specifically my chastity to Our Blessed Mother. That virtue which I had desecrated, I now asked to be consecrated, protected by Her.

We will never cease declaring these truths, the glories of the Catholic faith, regardless of what happens. If this is all threatened because of revelations of my past sins, then please pray that the will of God be done.

Thank you for your prayers, your support and your understanding, as well as the measure of forgiveness you are ready to extend. 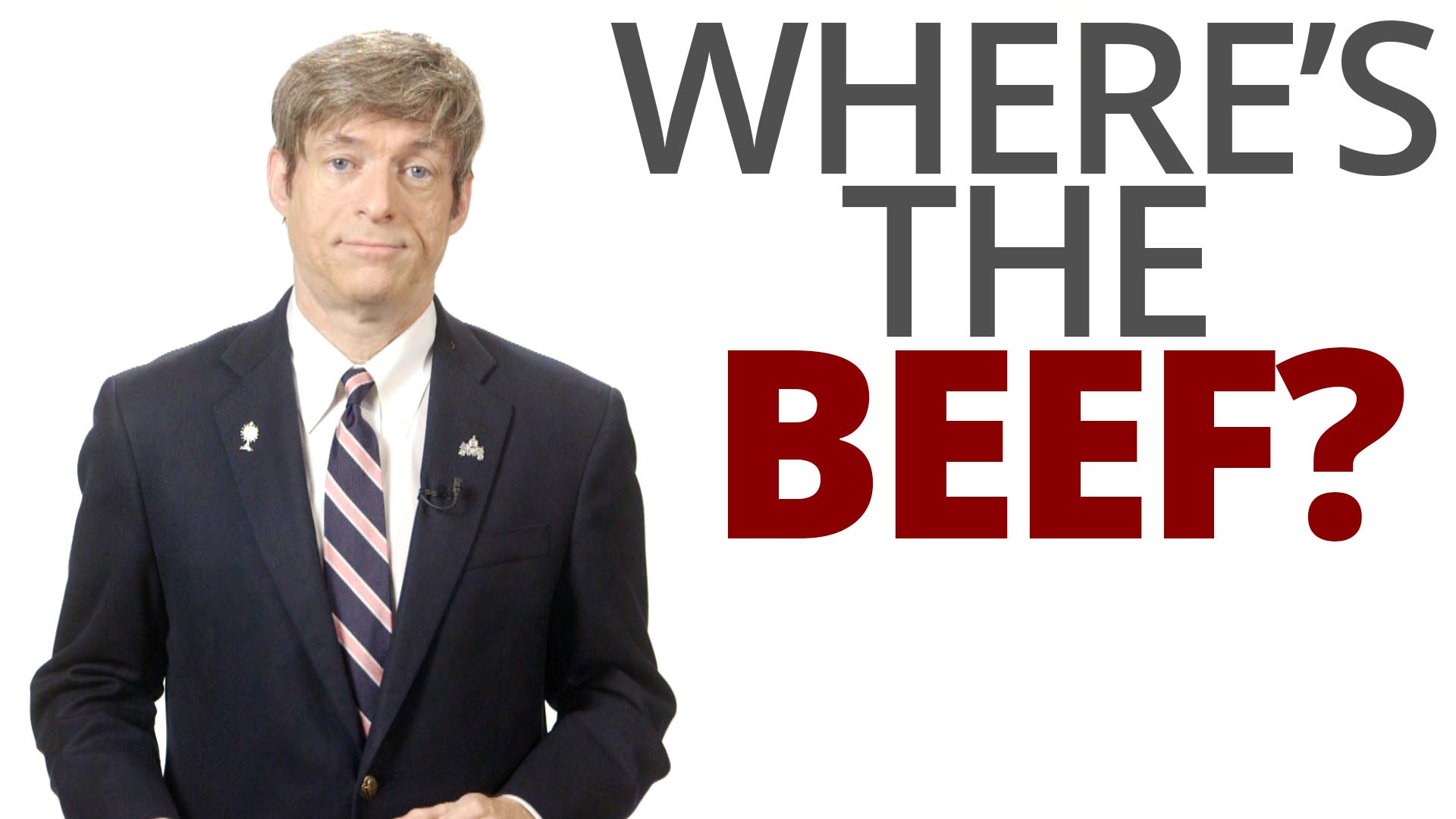 Where’s the Beef?
When it comes to bad evangelization, the question must be asked: "Where's the beef?”