On this week's extra-length edition of Mic'd Up, Michael Voris sets the record straight in a no-holds-barred examination of homosexuality in the seminaries. Guests include former seminarian Brendan Kelly, Father Richard Perozich of San Diego, and Congressman Robert K. Dornan.

Michael also interviews Executive Producer Matthew Pearson and Show Producer Peter O'Dwyer about their experiences on the ground at the satanic statue unveiling. 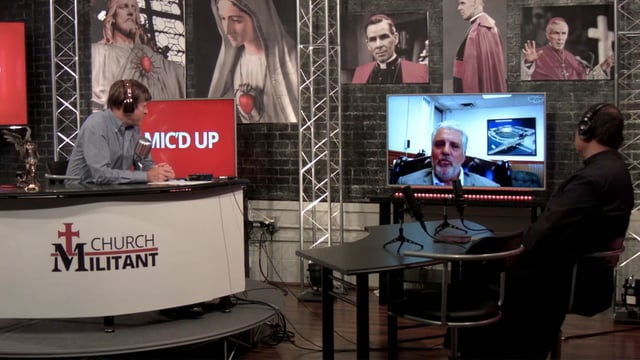