A giant has passed from the scene. May she guide us in our actions.

She was revered and despised. She saw the Church in the United States falling apart, the Faith being demolished — and determined to do something about it.

She started out with the belief that the Church was being defeated by the culture and set her sights on challenging the culture and trying to educate Catholics about the glories of the Faith. But she came to realize that more than accentuating the positive was needed.

She saw the Faith not only being challenged by the culture, but at the same time being undermined from within. She grew more bold in her challenges to the establishment, which was dominated by liberal, modernist, progressive, dissident bishops. This crowd hated her and made no bones about it. They worked behind the scenes to destroy her and her fledgling network.

Liberal bishops had tried their best to set up their own TV network so they could expand their dissident influence over the Church in America. They failed miserably — in spectacular fashion, actually. With all the money, authority, influence and experts, their efforts amounted to nothing.

Meanwhile, the feisty nun was able to introduce herself to a growing audience on cable TV owing to God's grace and her savvy — with a little moxie mixed in. She soon became the face for authentic Catholicism, staring down the liberals. It worked.

Enraged that she was able to succeed where they couldn't, and blunting their dissent with a down-home folksiness, the campaign by various bishops to destroy her and her growing network was stepped up.

Mother Angelica’s presence on the air showed the already-existing faultlines in the Church in America. EWTN went live in 1981, and over the next 10 years, Mother saw more clearly the devastating effects of dissent by leaders.

A turning point came in 1993 when World Youth Day organizers in Denver had a woman portray the part of Jesus during a Stations of the Cross enactment. She went on the air and excoriated what she called the liberal Church. She vowed publicly to face down the dissent and began calling out leaders of dissent by name, like Cdl. Roger Mahony of Los Angeles.

Her more confrontational approach added fuel to the fire that was already burning high. Some bishops had already despised her for her orthodoxy; now that increased even more owing to her outing them for their disobedience to the Church.

One bishop actually informed her privately that other bishops were trying to destroy her. She was a thorn in their side for her insistence on authentic Catholicism. She became intolerable for them for her relentless pounding on their modernist agenda.

She was a professed religious, answerable to superiors, even ill-intentioned superiors, and these were working feverishly to silence her. Feeling the noose tightening, she eventually made the painful decision to turn her network over to a lay-controlled board to remove it from their direct grasp.

Shortly after that, she had a stroke and suffered with its effects for the next 15 years before being called home by her Heavenly Father on Easter Sunday.

Mother was a role model for all those involved in Catholic media to not allow the Faith to be undermined by a liberal establishment. It would be a horrible disservice to her memory to think that things are better in the Church than back in the 1980s and 1990s, and as a result we can take our foot off the gas.

Things are different, but it would be a hard case to argue that they have actually improved across the board. Much of what the openly liberal bishops she opposed, like Cdl. Bernardin in Chicago, Weakland in Milwaukee and Mahony in Los Angeles, introduced into the Church has now become institutionalized by those mens' successors. Their earlier efforts have today borne the rotten fruit they had planned and hoped for.

The depth of horrible formation, the horrendous state of catechetical programs like ALPHA and JustFaith, with their watered-down Catholicism promoted in many dioceses, the constant obeisance to the social justice agenda, the widespread acceptance of or indifference to an aggressive homosexual agenda in the Church, the massive display of liturgical abuses, the lack of reverence for and solid teaching on the Blessed Sacrament, the pandering to false ecumenism — all of these are proof that the dissent Mother rightly railed against in her time, all of this and much more, is winning the day.

True, the out-and-out modernist, directly dissenting bishops are largely gone or quickly moving off stage. But in their place have arisen "do nothing" bishops, ones who let the dissent their predecessors implanted flourish. The liberals came and almost demolished authentic Catholicism and created a climate of faux Catholicism, and when they were done, "moderate" bishops appeared and did little to reverse course.

The evils present in the Church today, institutionally speaking, were brought in by liberals; but they have been allowed to stay around and expand owing to today's bishops, collectively speaking.

God bless Mother for her tenacity, truth-telling, calling out of everything wrong in the Church in her day. But as she came to realize, challenging poor or indifferent leadership by people under obedience can only go so far, can only accomplish so much before the establishment hits back.

In turning control of EWTN over to a lay board, Mother anticipated the next phase of the battle. What she, a woman religious, had started would have to be carried on by faithful, committed laity. The cause of reform in the Church would have to be championed by laymen. An institution that is sick cannot cure itself without structural, institutional changes. Those must be brought about either from the top down, like in the ninth and tenth centuries, or from the bottom up, like in the fourth and fifth centuries. The middle has no desire, will or competence to effect change because they are the preservers of the status quo and actually benefit from it.

Mother has left this earth, but she has not left us. We must pray for her, and for her guidance in this next phase of battle, of war for the Church. 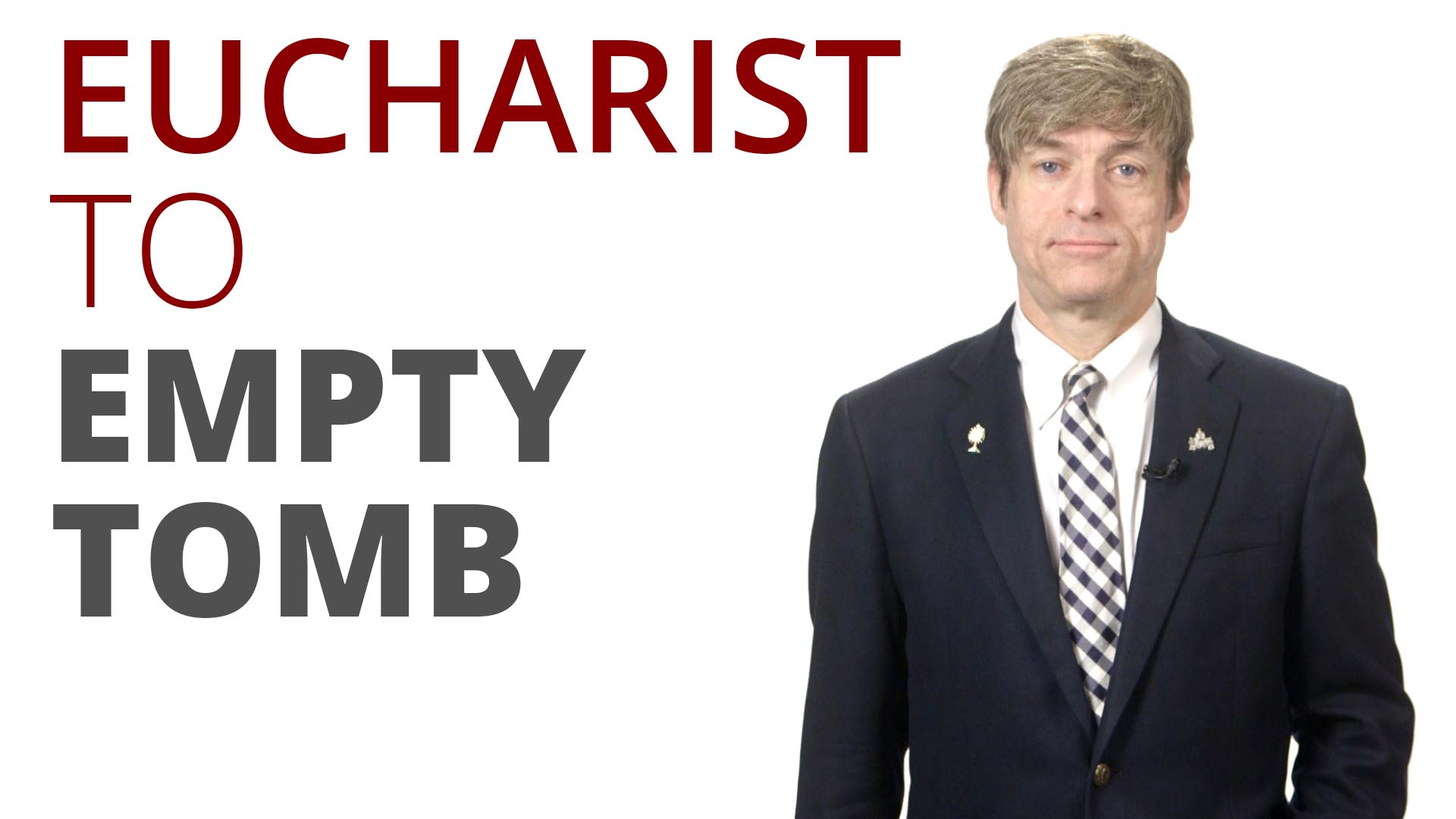 Eucharist to Empty Tomb
What's the connection between Holy Thursday and Easter Sunday?