Abortion Mills Are Back Alleys

Abortion facilities are breaking the law to exploit women. Americans United for Life, or AUL, released this month a groundbreaking report on the extent of harm done to women by abortionists.

In 21 states, abortionists failed or refused to provide legally mandated informed consent to the vulnerable women in their care, according to AUL.

In one documented case, a young girl was asked: "Do you think having this abortion is in your best interest?"

Clinic: "Are you sure you want to have an abortion?"

Clinic: "Why do you want to have the abortion?"

The vulnerable girl responded, "Because my mother want[ed] me to."

The abortionist proceeded with the murder of the preborn child with no indication further counseling was provided to the coerced patient.

Fifteen states do not even inspect or license their facilities, leaving operating standards up to the discretion of each abortionist. And another 15, while imposing regulations, are either unable or unwilling to inspect facilities to provide meaningful data.

Advocates of child-murder often argue the abolition of abortion will lead to back-alley procedures.

Counsel of Government Affairs Katie Glenn for AUL begs to differ: The thousands of back-alley abortion deaths numbers from the 1970s were falsified. That was never true. What we do know from the research that AUL has done in creating UNSAFE [report] from getting information from all 50 states is that women are harmed in legal main-street abortions."

In many states, the lack of oversight has resulted in injury and death for thousands of women.

What we got back was a patchwork of information from 39 states and D.C. We know there is tons of information missing. In our publication, UNSAFE, we categorize states by full data, partial data and no data. In those 11 "no data" states we know that the same problems are happening, we just aren't able to get the information.

Organizations like Planned Parenthood state they do more than just abortions.

Glenn: "Much of what they do that is considered 'more than abortion' is abortion-related services — things like blood-typing and ultrasounds — so the 3% number [suggesting that only that percentage of service is killing-related] has been debunked."

The abortion industry preys on the prevalent sin of lust by pushing contraception and radical sex ed on school-age children. They till the soil to create the culture and then harvest the rewards. 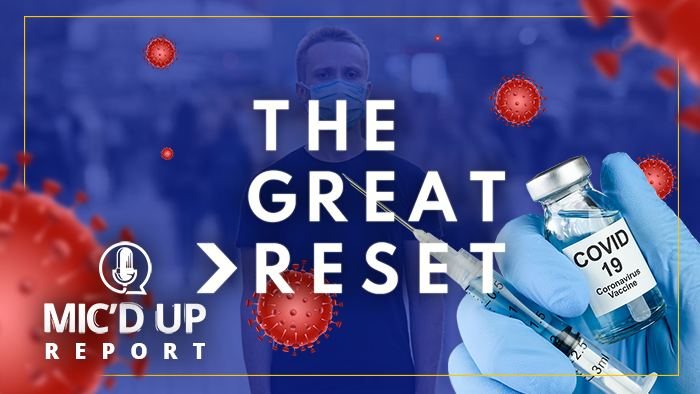 The Great Reset
Ushering in a new world order