Petition for political pressure on Pakistan to save captive, Catholic teenager

Last November, a 14-year-old Catholic, Huma Younus, in Pakistan was abducted from her home, taken over 300 miles away, forcibly married to Abdul Jabbar and, supposedly, converted to Islam.

A February poll shows concern for Christian persecution has gone down last year with fewer than half of American Catholics viewing persecution as "severe."

The McLaughlin & Associates poll cites a rise in concern over human trafficking, poverty, climate change and the global refugee crisis as reasons for the diminishing concern.

Asia Bibi: "These are the hardships I managed to overcome."

Asia Bibi is speaking out against Pakistan's Christian persecution after having survived eight years in a Pakistani prison for "violating" Islamic blasphemy laws. Bibi just wants to be able to return home and be safe.

In the case of 14-year-old Huma, the courts have disregarded the law and baptismal records indicating her age, and have fallen back on Sharia Law to claim a woman can be forced to marry if she has had her first menstrual cycle.

Huma's captor, Jabbar, has gone so far as to threaten her family and lawyer with violating blasphemy laws if they persist with the lawsuit.

Follow the links below the video to sign our petition and then contact your Congressman, asking them to pressure the Pakistani High Court before their next hearing on March 29. 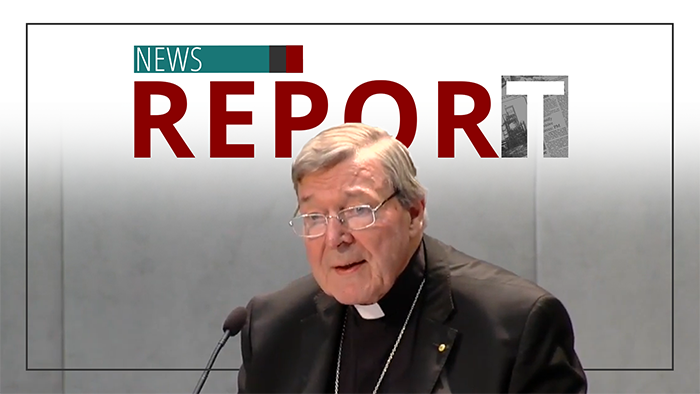 Many Difficulties for Catholics Down Under
Cdl. Pell trial just one of many controversies