Bad Times for the Faithful

May 3, 2021  0
Podcast Available for Premium Subscribers

Joe Biden: "After 100 days of rescue and renewal, America is ready for takeoff, in my view."

Addressing Congress Wednesday night, Biden gave a message of hope to his liberal base — claiming his administration is leading the country out of a crisis.

Biden: "We came together. We united. With light and hope we summoned a new strength."

But for faithful Catholics, his track record the past few months is offering little cause for hope. Most recently, the administration defended experimenting on body parts of babies killed in abortion.

Jen Psaki: "Look, I think the White House respectfully disagrees. And we believe that it's important to invest in science."

On Jan. 20, hours after taking the oath of office, one of Biden's first executive orders promoted transgenderism — redefining "sex discrimination" to mean not just biological sex, but also sexual orientation and gender identity.

Michael Hichborn: "This executive order is the first step in an all-out war against faithful Christians."

On Jan. 28, he overturned the pro-life Mexico City Policy — renewing the flow of taxpayer dollars to pro-abortion activist groups overseas.

On March 31, he issued a proclamation on Transgender Day of Visibility supporting the so-called Equality Act — a pro-LGBT bill that could ruin the religious freedoms of doctors, Christian schools and more.

Shawn Hyland: "We oppose the equality act because it endangers the minds, the bodies and the health of children and violates parental rights."

On April 13, the Food and Drug Administration announced it was making chemical abortion pills easier to obtain, dropping a safety requirement for dispensing them in person.

Though presenting himself as a Catholic in good standing, Biden has a long history of promoting abortion, homosexuality and transgenderism.

Biden in 2012: "I am absolutely comfortable with the fact that men marrying men, women marrying women, and heterosexual men and women are entitled to the same exact rights."

Over the years, he's officiated at least two gay weddings.

Despite all this, the U.S. bishops are still dragging their feet on the issue of letting Biden receive Holy Communion.

At a meeting in June, the U.S. bishops' conference will finally consider pressing Biden to refrain from the Eucharist over his defiance of Church teaching. But Biden's views on dead babies and sodomy have been known for years — leading faithful Catholics to feel the bishops are doing too little too late. 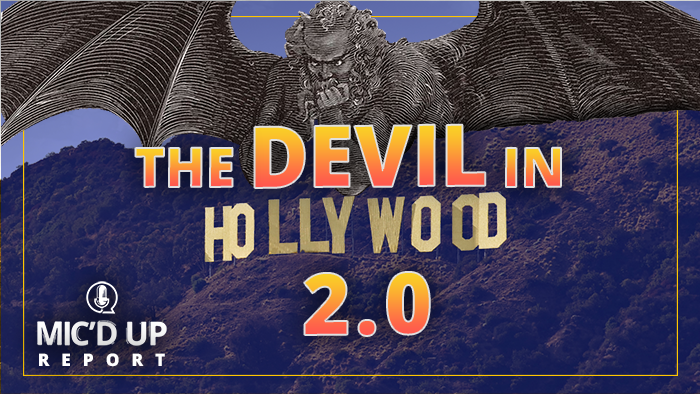 The Devil in Hollywood 2.0
The anti-God entertainment industry