A year older, none the wiser

The second year of unelected Joseph Robinette Biden's presidency is coming to a close, and the geriatric commander in chief — for better or for worse — has made history.

As 2022 ends, Americans will not easily forget another tumultuous year under the leadership of sham-Catholic Joe Biden.

To begin the year, the U.S. Supreme Court shot down Biden's overreaching vaccine mandate for businesses.

In March, Biden gave his first official State of the Union address, promising to continue his radical agenda.

President Biden: "Especially to our younger transgender Americans, I'll always have your back as your president, so you can be yourself and reach your God-given potential."

And true to his word, Biden signed an executive order pushing transgender ideology on Americans.

Biden also made good on his promise to nominate a black woman to the U.S. Supreme Court, as Ketanji Brown Jackson was subsequently confirmed to the nation's highest court.

In response, Biden's Department of Justice idly stood by while radical leftists threatened and intimidated the conservative justices.

All the while, tensions escalated between Russia and Ukraine.

The conflict erupted into war, and under Biden's leadership, the United States has shipped countless weapons and over 50 billion tax dollars to Ukraine.

Meanwhile, the commander in chief continued to wage war on the American oil industry.

Supply shortages of baby formula resulted in Americans finding themselves at a loss as to how to feed their babies.

But as the midterm elections approached, Biden continued to peddle a leftist agenda, attempting to forgive trillions of dollars of student debt and trying to ban assault weapons.

Despite pollsters' predictions and the expected response of suffering Americans, Republicans only gained a slim majority in the House, while Biden's party gained one seat in the U.S. Senate.

After receiving a thumbs-up from American voters, Biden went on to sign a bill attacking marriage and endangering religious freedom. Now, he is setting his eyes on another presidential run.

Perhaps the most troubling aspect of Biden's year in office was that he continued to receive Our Lord's Body and Blood with the overwhelming approval of the Catholic hierarchy, despite his clear support for abortion. 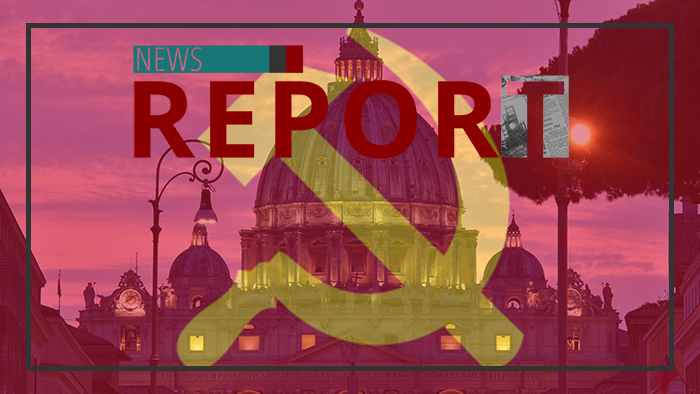 Marxist Persecution in China
China–Vatican accord is a renewed disaster