Joe Biden: "One of my avocations is theology"

Joe Biden is claiming to be an expert in theology.

On Tuesday, at the "Million Muslim Votes" virtual summit, he used the platform to say this about Islam and Christianity: "We all come from the same root here in terms of our fundamental, basic beliefs."

The claim comes despite him having no formal education, degrees or certificates in any theological fields.

His claim is also false, as Islam, rooted in the Quran, fundamentally denies Christ's divinity.

For instance, chapter 4, verse 171 says: "O People of the Book! Commit no excesses in your religion: Nor say of God aught but the truth. Christ Jesus the son of Mary was (no more than) an apostle of God."

Biden has a history of embellishing his academic accomplishments, as was exposed during his first presidential bid in 1987.

Biden: "I went to law school on a full academic scholarship. The only one in my class to have a full academic scholarship, went back to law school, and in fact ended up in the top half of my class. I was the outstanding student in the political science department at the end of my year. I graduated with three degrees from undergraduate school and 165 credits — only need 123 credits."

TV anchor: "Biden now concedes he did not graduate in the top half of his law school class, that he does not have three degrees from college and that he was not named outstanding political science student in college."

Biden also supports abortion: "I support a woman's right to choose under that constitutional guaranteed provision, and quite frankly I always will."

That's an unacceptable belief according to Catholic teaching.

Despite the lies told by the Democratic frontrunner, 46% of Americans view Biden as a religious Catholic, even when spreading faulty theology to stump for Muslim support in 2020.

Biden: "I'll be a president who seeks out, listens to and incorporates the ideas and concerns of Muslim Americans." 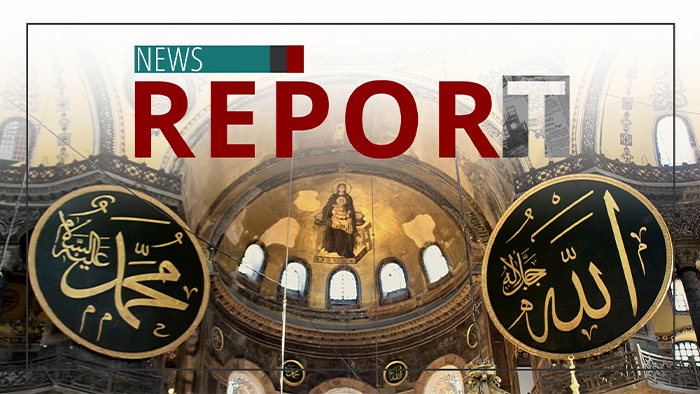