The U.S. Catholic bishops are responding to the election of the so-called second Catholic president of the United States.

The head of U.S. bishops' conference, Los Angeles' archbishop José Gómez, created a working group in November to deal with Joe Biden as 46th president. Detroit's Abp. Allen Vigneron, the number two man of the conference, was asked to chair this working group.

Archbishop Vigneron: "This is an unprecedented time in our world."

The first was to write an open letter outlining Biden's policies that coincide with, and contradict, Church teaching. The letter, released on Inauguration Day, stated that while Biden holds some good policies, others threaten human life and dignity. Abortion, contraception, same-sex "marriage" and gender ideology were named as posing a serious threat to the common good.

Archbishop Gómez: "What I want to talk about is the crisis of the human person."

A few bishops, including Cupich of Chicago and Gregory of Washington, took issue with the letter, implying it was too critical of the pro-death president who identifies as Catholic.

Cardinal Cupich: "We're not out to condemn people here."

The second agenda item was to create a teaching document on the Eucharist. This pastoral statement, yet to be released, will highlight the important notion of worthiness to receive Holy Communion — something lost on many Catholics today.

Father Jeffrey Kirby: "People can be away from the Church and come to Mass, and without any second thought receive Holy Communion."

Archbishop Cordileone: "The sense of worthiness to receive Communion that goes back to St. Paul that has been reiterated consistently in terms of being baptized and right belief and living life in a state of grace is completely lost."

Without first providing a comprehensive catechesis on what befits worthy sacramental reception of Christ's Real Presence and why it's so necessary, Cordileone believes withholding Communion would not have a positive impact.

Archbishop Cordileone: "We need a major effort for re-catechesis. If that were the case, Catholics would understand."

While these moves by the U.S. bishops after the election are welcomed, with countless lives and souls at stake, some faithful Catholics see it as too little too late. 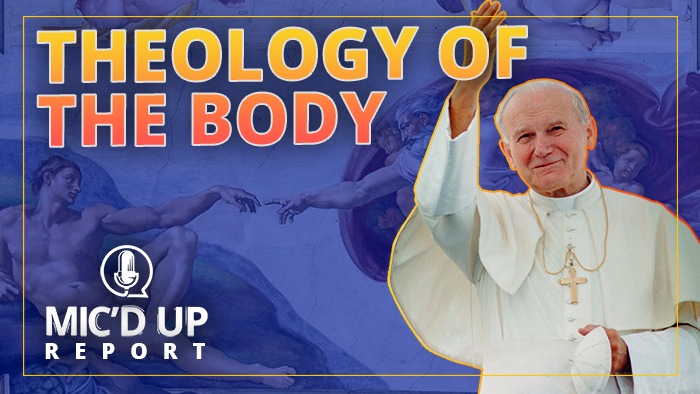 Theology of the Body
Often misunderstood