As the successors of the Apostles in the United States gather today here in Baltimore, one pink elephant is following them up into the conference room. Church Militant's Paul Murano exposes the central problem of the sex abuse scandal that the bishops continue to ignore — and seem to purposely avoid.

Almost 20 years after the Boston Globe shined its spotlight on clergy sexual abuse, bishops are still dodging the key issue of homosexuality in the priesthood.

Cdl. Timothy Dolan: "I want to be as compassionate and merciful as possible and don't want to judge anybody."

The 2002 Dallas Charter and the 2004 John Jay Report — commissioned by the bishops — focused only on abuse of minors. With the help of the Luciferian media, the narrative was framed as pedophilia.

And this doesn't take into account young adult males, including seminarians victimized by bishops. The research clearly shows it was never a pedophilia crisis. It's a homosexual crisis.

Fr. Mark Morozowich: "The body of Christ, the Church, is indeed in crisis."

The late Bp. Robert Morlino of Madison, Wisconsin, told his diocese in 2018, "It is time to admit that there is a homosexual subculture within the hierarchy of the Catholic Church." Yet the conspiracy of silence continues with bishops like Robert Barron, who wrote in his 2019 essay on the suffering Church, "The problem is largely clericalism."

Bp. Robert Barron: "When I was ordained 24 years ago, the great concern of our teachers and mentors was clericalism."

In 2005, the doctrinal office under Pope Benedict XVI reiterated the Church's longstanding rule of not admitting homosexuals to Holy Orders, adding, "One must in no way overlook the negative consequences that can derive from the ordination of persons with deep-seated homosexual tendencies."

Despite the facts, the stats and the prophetic voice of the Magisterium, bishops continued to ordain those saddled with same-sex attraction. And there's no indication they plan on broaching the subject here.

The main focus of the bishops' meeting is their Eucharistic-revival initiative. The infiltration of homosexuality among priests and bishops, which has led to grave scandal and massive loss of faith within the Church, is not on the agenda. 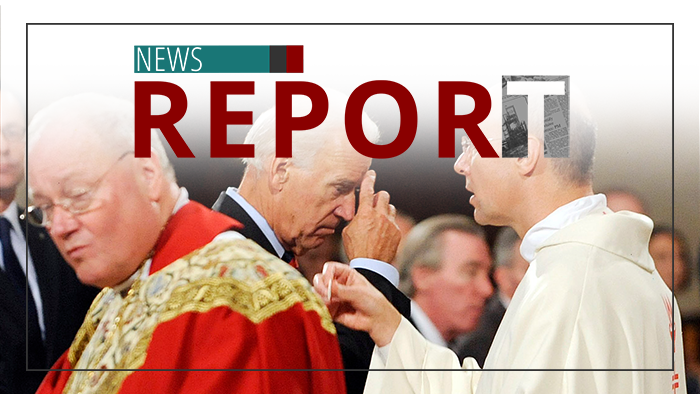