Catholics gathering for prayer in Brighton, Michigan, were among other groups across the nation that came together on Saturday for the National Day of Remembrance for aborted children.

In this election year, the call to prayer was also a call to action.

"We have to live it. And that's what you're doing today. You're actually saying 'We're going to name these children. We're going to bury them,'" Kresta told the group.

Little is known about Michael Gabrielle.

Only part of the baby's remains were found, along with 14 others, in the trunk of an abortionist's car.

Monica Miller's organization, Citizens for a Pro-Life Society, recovered the bodies and arranged for them to be named, buried and remembered.

Miller is known for her dramatic Red Rose Rescue activities.

But when more than 2,200 fetal remains were found at the home of an Illinois abortionist, it was Citizens for a Pro-Life Society that invited people to name to each one.

State Congresswoman Ann Bollin, who represents Brighton, is a cradle Catholic and uses her office in defense of the unborn.

"The number one priority for me is to protect life from conception to natural death, and that is how I will vote," Bollin told Church Militant.

Ordinary Americans are taking up the fight.

When New York state decriminalized infanticide, this Catholic got radicalized.

"I wanted to know what was going on in my own state of Michigan, and I found out that we were doing the petition to ban dismemberment abortion. And then I found the right-to-life group at my local parish and started to run the petition drives at the parish and throughout the entire community," said Shelly Shpakoff. 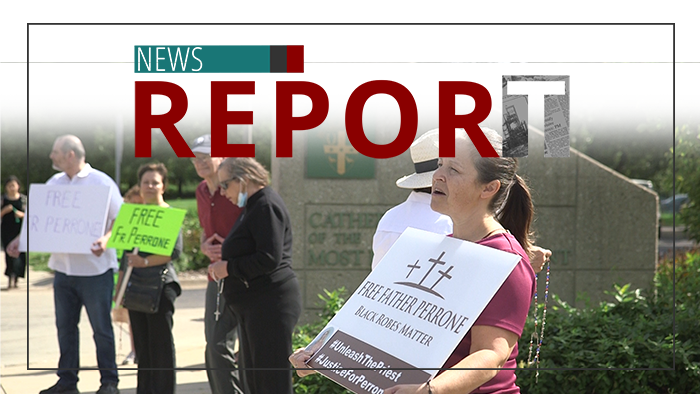