Making it easier to die

The Golden State is taking on a duller sheen with California's state legislature debating an end-of-life bill. This modified pro-death bill would speed up the killing process and remove reporting requirements.

California narrowly passed its so-called End of Life Option Act back in 2015. In order to pass, the bill required those with suicidal thoughts to make two formal requests to die, with the second coming 15 days after the first. Secondly, hospitals are required to submit data to the state for research and accountability.

Retired Sen. Bill Monning: "We reached out to the California Medical Association. And we knew that there was division in the CMA — not a unified position of opposition. There were doctors who were supportive, doctors who opposed, and doctors who were neutral — had concerns."

As it stands, the bureaucracy fails to accurately report somewhere between 7%–38% of the time on questions including whether a patient had insurance or if a doctor was even present with the patient when the deadly drug was taken. The current bill would remove even those meager protections.

The bishops of the California Catholic Conference are merely saying they're "disappointed to report" the bill is progressing.

As of 2019, 90% of California citizens had medical insurance, meaning if they choose to treat the disease, they can. However, as one class of Catholics learned in Australia while studying laws in other U.S. states, even if it's covered by insurance, a patient's options are what the government says they are.

Classroom video presentation: "I told them, I said, 'Who do you guys think you are? You know, to say that you'll pay for my dying, but you won't pay to help me possibly live longer.'"

Socialist policies around the world have shown the direction Americans' pro-death medical field will go if not effectively opposed.

The Netherlands allows children as young as 12 to be medically killed. Canada currently has a minimum age of 18, but Prime Minister Justin Trudeau is pushing for legislation that would allow a 12-year-old to be killed without first informing parents.

Monica Doumit, Director of Public Affairs and Engagement for the Archdiocese of Sydny, says : "Only about a dozen countries out of 190-something countries in the world have legalized some form of euthanasia or assisted suicide. For most of the world, it's still illegal and actually pretty abhorrent."

When a Culture-of-Death state government becomes guardian of health care decisions, patients are reduced from people to numbers and cost-balances.

In 2019, alone, over 400 Californians killed themselves with help from their doctors — in each instance, a mortal sin for both parties. 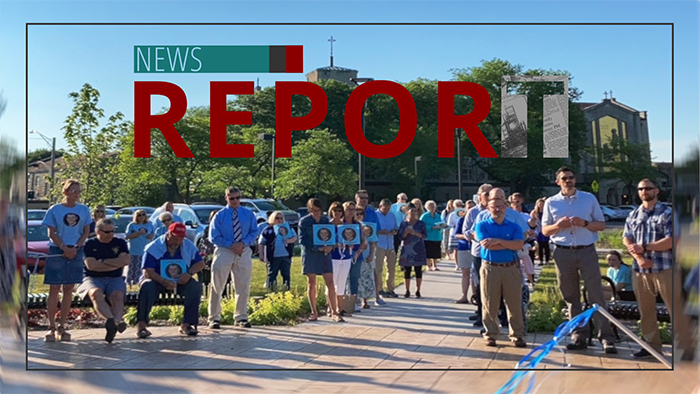