The cardinal of New York spent years denying wrongdoing by one of his most scandalous clergy. Now there's proof he knew the opposite was true. Here's Church Militant's Christine Niles to break down her latest Spotlight investigation.

Fr. Richard Welch: "And here we have not only bad behavior, you've got the immorality, you have the financial, we discovered a lot more than we thought we were going to."

Cdl. Timothy Dolan: "We're dealing with a lot of rumor, a lot of innuendo, a lot of gossip. What we have to deal with is the truth."

Miqueli was eventually forced to resign after the scandal, but continued his degraded lifestyle, as Dolan turned a blind eye.

Multiple welfare checks by police at Miqueli's home in Brick, New Jersey show the priest high on drugs, his house in disarray.

The priest succumbed to his drug use in July 2020. Even so, Dolan continued to deceive the public, saying in his death notice "No criminal charges were filed" against Miqueli after an investigation — never mentioning the Bronx D.A. actually conducted a sham criminal probe, never interviewing a single witness or subpoenaing a single document.

Father Richard Welch was former judicial vicar in New York, handpicked by Dolan to build the case against Miqueli to send to Rome and have him laicized.

The recordings were made by Tatyana Gudin, former girlfriend of Keith Crist and a crucial witness in the case against Miqueli.

Even as Dolan was publicly denying corruption, his own investigator, Fr. Welch, was amassing proof of just that. A 2,500-page dossier was sent to Rome, and just as it was deliberating on whether to strip Miqueli of the collar, he died, putting an end to the case.

We'll never know the outcome of the Vatican's deliberations. But we do know Cdl. Dolan deceived the public while turning his back on his spiritual son, allowing him to live — and die — in spiritual squalor.

As a note, Manhattan D.A. Cyrus Vance may soon be replaced by D.A. Alvin Bragg, a man who seems serious about going after corruption in the New York archdiocese. 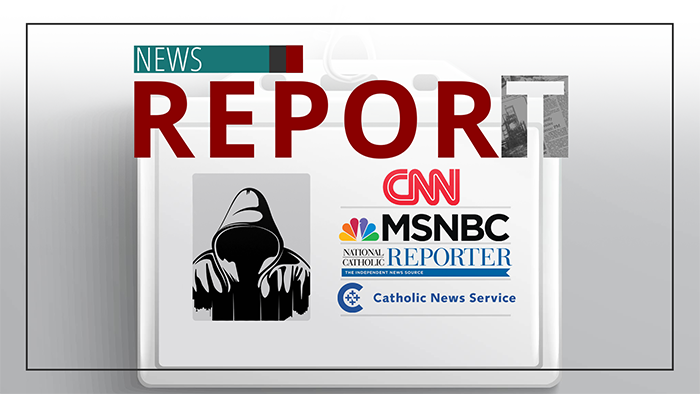