Myanmar's Catholic nuns, seminarians and laypeople are joining protests that have resulted in casualties.

Protesting military control, almost 1,000 Catholics — mostly young people — marched in the streets of Mandalay on Saturday and Yangon on Sunday.

Protestor: "The military wants to stop us from coming up on the streets so they strongly respond to us. We, the people, won't accept their unfair oppression and will continue to fight."

The nation’s military declared a one-year state of emergency at the start of February, saying the country's recent election was riddled with fraud.

The military claims Aung San Suu Kyi's party did not win. She was taken into custody while the internet was shut down, flights were suspended and a curfew was imposed.

Since protests erupted and have been ongoing for roughly three weeks now, protestors have been killed and others injured. The first death — a 20-year-old woman who was shot in the head.

More have been killed and the military is warning it will intensify its crackdown if people don’t clear the streets, a warning Leong Wai Kit, Myanmar correspondent for Channel NewsAsia, says is not an empty threat.

Leong Wai Kit: "There is nothing to read between the lines about ... this warning is as explicit as can be. There will be loss of lives if people continue to push for this movement."

The country's conference of bishops released a statement the same day, "We, Catholic bishops, send this appeal specially to those in power, pleading restraint in the streets and a return to dialogue."

Under Suu Kyi's leadership, Myanmar's economic situation had improved for many.

But she is not without critics.

Alexander Soros posted in 2017 a picture of himself, his father, George Soros, and Suu Kyi, to which one person expressed disappointment that Alexander "didn't address the genocide of the Rohingya people ... The woman whose hand you shake is complicit in this ethnic cleansing in Myanmar."

At the time, former international supporters claimed Suu Kyi did nothing to stop the rape, murder and other military atrocities against the mostly Muslim Rohingya people.

Suu Kyi said in a 2019 hearing at the United Nations' International Court of Justice the case gave "an incomplete and misleading factual picture."

The United States and Europe strongly condemn the military’s actions in Myanmar, while China — as usual — remains neutral.

Meanwhile, in addition to joining the protests, Myanmar nuns are holding prayer meetings for peace. 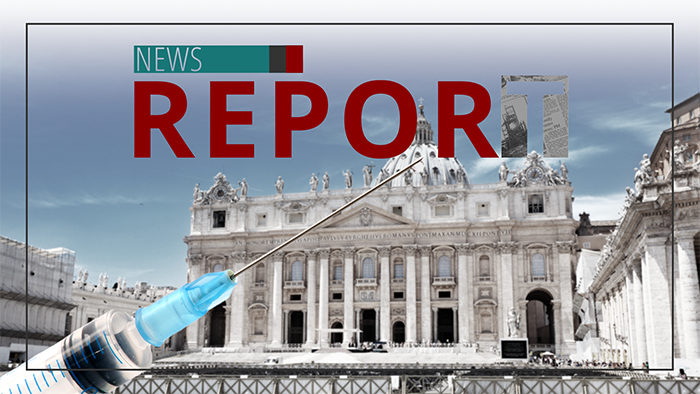