Is Jesse Lee Peterson a homopredator?

Last night's Special Assignment outlined the purported homosexual past of so-called minister and talk show host Jesse Lee Peterson. Church Militant sat down with Patrick Rooney, who told the shocking story of how Peterson allegedly pursued a 10-year homosexual relationship with him.

Rooney even recalls Peterson spinning his sodomitical acts as a spiritual "rite of passage."

Rooney: After we had just done our first sexual act, and, then, ever since then, he told me that once we did this I was "born again." This sounds crazy, but this is the absolute truth. He said I was "born again." He would remind me of that through the years.

Church Militant also spoke with a panel of four other former ministry members, like Samuel Arambula, who says he witnessed firsthand Jesse's homopredation.

Peterson has been seen on video running away from purported victims whenever they try confronting him.

Jesse Lee Peterson: "Tell them about you sleeping with your brother's wife."

Martin Francis: "Oh that's nice. He wants me to tell them how I'm sleeping with my brother's wife. That's fine. But Jesse, why won't you speak on your homosexual behaviors?"

Peterson has yet to respond to anyone's request for comment on the several allegations against him. Will he respond? For now, we don't know. Several of his most ardent fans are demanding Peterson address the allegations leveled against him. 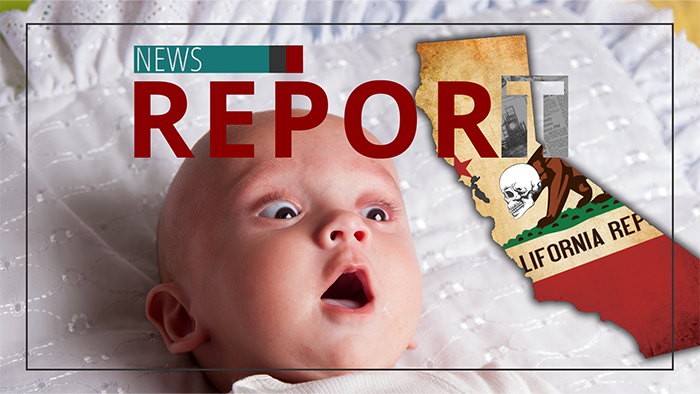 From Abortion to Infanticide?
CA bill opens door to death by neglect