After 16 years, Germany is changing leadership. Germans who oppose mandatory jabs will find that the newest "reich" on the block has no concern for fundamental freedoms. In tonight's In-Depth Report, Church Militant's Trey Blanton has the latest breakdown on European COVID tyranny.

German forces are stomping down on the unvaccinated, whom the incoming chancellor blames for continuing cases of the China virus.

Chancellor-elect Olaf Scholz: "This is the situation we are confronted with, and it's also clear what we need to achieve first. Those who have not been vaccinated yet need to do so."

Sixty-nine percent of Germans approve of the government making the jab compulsory, and it will come down to parliament to vote on the measure — which some still oppose.

Christine Aschenberg-Dugnus, Bundestag member, the Free Democratic Party: "This would be a serious bodily infringement. Hopefully, we will agree you can't force people to be vaccinated."

Germany is also hot on the heels of America in forcing the jab on children ages 5–11. Austria has already enacted stricter measures with less support. Only 55% of Austria's population approves of the current lockdowns and penalties against the unvaccinated, which include fines costing thousands of euros. Imprisonment for those who refuse the jab is also being considered.

Meanwhile, in the United Kingdom, Prime Minister Boris Johnson has decided to extend his country's restrictions until March, two years after the first lockdown began.

Prime Minister Boris Johnson: "I think another lockdown of the kind that we've had before is extremely unlikely — I'll be upfront with you about that, but we keep everything under constant review."

America used to fight against such tyrannical powers. The Constitution protects the nation's citizens from a rapid infringement against their rights, but, under Biden, the country is creeping towards the authoritarianism seen in Europe.

President Joe Biden: "To fight this virus, to protect one another, to protect our economic recovery and to think of it in terms of literally a patriotic responsibility rather than, somehow, you're denying people their basic rights."

The global pharmaceutical conglomerate has raked in tens of billions of dollars and will continue to profit with each variant and booster shot.

Albert Bourla, CEO of Pfizer: "I think it is a strong incentive for innovation, for the next pandemic, that people will see that if they step up to the game to bring something that saves lives, that saves money, there's also financial reward."

Decades from now, history students will either learn how the vaccine campaign saved mankind or attempted to destroy basic freedoms.

Protests continue around the world as governments like Germany ban the unvaccinated from public life. 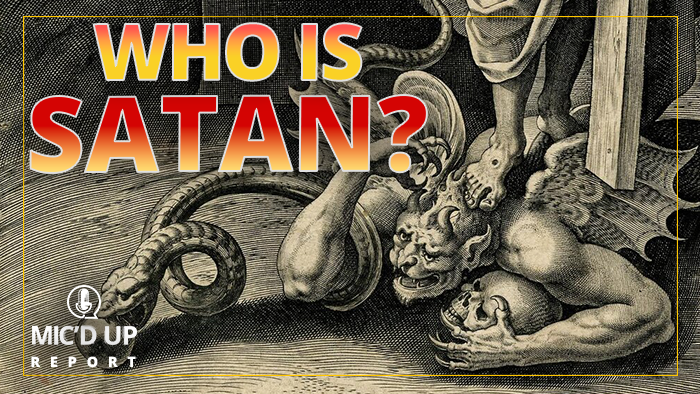 Who Is Satan?
The history of evil