Canada is one of many countries imposing tyrannical COVID measures on its people. All is not lost, however. Church Militant's Trey Blanton shows victories can still be gained by those who stand up to the government.

Canadians are still saddled with vaccine passports and other restrictions, but one outspoken critic received some vindication on Thursday. Pastor Artur Pawlowski is no longer compelled to add a disclaimer when he criticizes jabs and lockdowns.

The disclaimer, imposed in September by a liberal judge, required Pawlowski to tell audiences the so-called vaccines are considered safe by a majority of doctors.

Ezra Levant, founder of Rebel News: "We learned in court today that the prosecution didn't even want that, didn't even ask for that. That cooky, cooky judge put that in. Well, the grown-ups came back today, and the Alberta Court of Appeal stayed enforcement of that."

This high court decision is temporary. The appeals court will decide on the merits of the case next summer.

Pawlowski has been arrested twice this year. The first time, he was pulled over and arrested on the highway after hosting a prayer service that was over capacity — and again after returning to Canada from a trip abroad.

Artur Pawlowski, pastor of Cave of Adullam congregation: "To understand what is going on around us, we have to know the game. And I am sure you have heard that phrase 'play the game.' Do we even know what [we] are playing, what is at stake, what we are to lose and what we are to gain?"

Holy virtue places a duty on Christians to sacrifice freedom, money and, if required, their lives in order to live out the Faith.

So far, Pawlowski and his brother — Polish immigrants who survived Soviet communism — have been forced to pay tens of thousands of dollars in fines to the Canadian COVID regime. 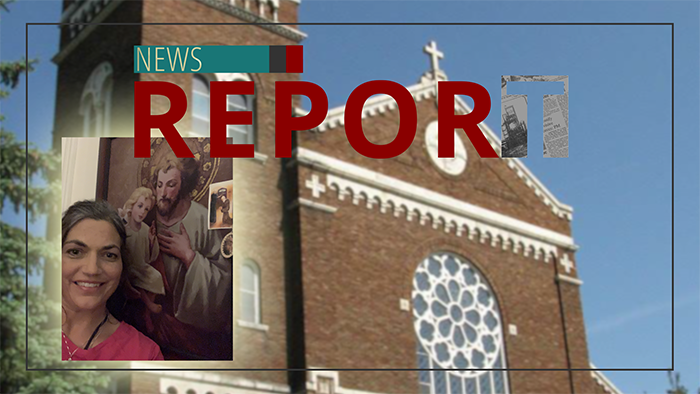 ‘Unchaining’ the Good News
The redemptive suffering of a Catholic mother