Music about decapitating little girls, endorsing satanism and murdering Christians is family-oriented, according to one Catholic university's radio station.

Seton Hall University's WSOU, Pirate Radio, has been littering the airwaves for almost four decades and is determined to continue despite outcry.

The most recent protest took place Tuesday of Holy Week.

The school's undergrad newspaper, The Setonian, responded with an attempt to vilify the faithful Catholics protesting.

The piece begins, "Dozens of unmasked protestors ..." — neglecting to mention the event occurred outside.

And one demonstrator told Church Militant campus security pulled up at the recent protest to mockingly mimic the Hail Marys they were praying.

The report went on to call TFP and the Lepanto Institute "ultra-conservative Catholic groups."

Cardinal Tobin actually has the power and the authority to shut the radio station down. And he could do it immediately. But for two years, he has refused to meet with his own concerned Catholics, who are begging him to do something about this satanic music. Even after the papal nuncio stepped in, he still refuses to address the problem.

Seton Hall University president Joseph Nyre, described on the website as "a devout Catholic," has likewise refused to intervene.

The school's professors know the power of music, recently holding an erudite discussion on the topic: "Spiritual Dimensions of Music: Meaning, Interpretation and Culture."

Dr. Gregory Floyd: "Music itself, in whatever form it appears, has something to do with and is somehow bound up with our inner selves, our sort of deepest, the deepest seats of our identity."

Singer: "I cry, but if you take a closer look, you'll see it's a demon's eyes; there's no coming back for me, for my spirit guide is trapped inside my brain."

Pirate Radio traces back to one of America's most notorious, now defrocked, ex-prelates.

Michael Hichborn: "It's important to remember that WSOU's satanic broadcasts started in 1986, when former cardinal McCarrick took over as head of the archdiocese of Newark."

The opposition is growing, with organizers directing Catholics to visit shutdownwsou.com for more information. 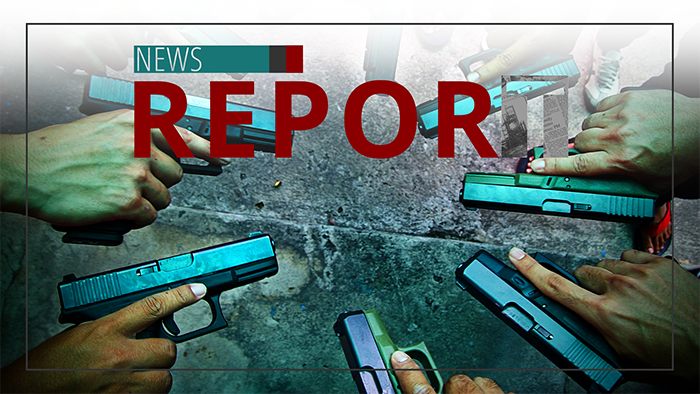