US bishops betray the Master with a vote

The U.S. bishops are talking out of both sides of their mouths again — this time, feigning concern over loss of faith in the Real Presence while ensuring ambiguity on giving Communion to manifest apostates like so-called Catholic Joe Biden. Church Militant's William Mahoney has more on one archbishop's recent correspondence, which confirms leaked U.S. bishops' conference talking points we reported on last night.

Baltimore's archbishop William Lori emailed a letter within the archdiocese yesterday confirming "the bishops did not vote to implement a national policy to deny Holy Communion to politicians who reject Church teaching."

Archbishop Lori, in his letter, explained the bishops will draft a pastoral document for the upcoming Eucharistic Revival, a multi-year project ostensibly to restore faith in the Eucharist.

But that document, he assured, will not be disciplinary, and thus nobody will be called out for public apostasy, sacrilege and scandal.

Lori asserted the document will "address the Church's teachings on personal conscience for every Catholic."

Based on his recent show of confidence, some are wondering if Biden was tipped off about this episcopal pre-decision.

Reporter: "The Catholic bishops are moving on this resolution that would prevent you and others who have supported abortion from receiving Communion."

Critics argue all this is just a ruse for the bishops to remain in bed with phony Catholic Democrats while appearing to care about Our Lord in the Eucharist.

The USCCB talking points stated, "There will be no national policy on withholding Communion from politicians."

Of course, there's no need for a national policy, it's already Church law.

By refusing to enforce that law — canon 915 to be exact — the bishops are saying one thing and doing another, preaching a hypocritical message of eucharistic incoherence.

Politically speaking, Abp. Lori is far to the Left with a pro-gay track record. For example, he hired an LGBT activist last summer to sit on a board of consultants for racial diversity and inclusion. 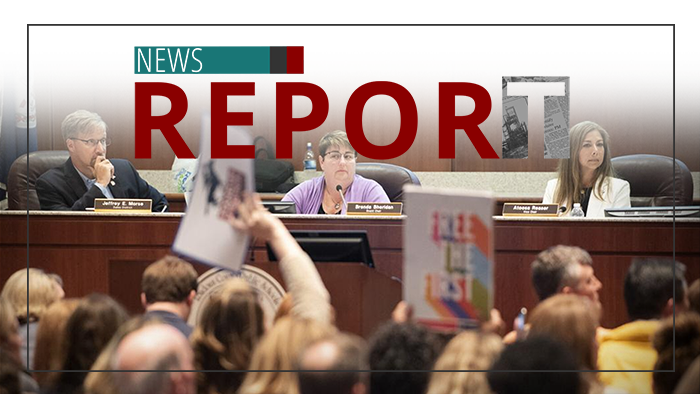 Resisting CRT
Is it even legal?