May 4, 2022  0
Podcast Available for Premium Subscribers

Even if Roe v. Wade is overturned, pro-lifers will have to redouble their efforts to save the unborn. With the apparent unraveling of America's abortion regime, Democrat-run states have begun transforming themselves into meccas of murder. In Illinois, for example, leftist lawmakers are ruthlessly promoting abortion. They're mindful that every state surrounding the Land of Lincoln is set to resurrect pro-life protections should Roe fall.

But, as Church Militant's Aidan O'Connor explains, a new project in the diocese of Springfield is set to reinforce the sanctity of life.

The daughter of a popular modern saint is planning to bring renewal to a state that supports child murder. Last week, Dr. Gianna Emanuela Molla announced plans for an international pilgrimage site in Illinois to honor her holy parents and promote the sanctity of human life.

Dr. Gianna Molla, daughter of St. Gianna: "I think that my saintly parents are a wonderful example of holy marriage and a holy family. Their lives teach us the way of the Cross is the right way we have to follow."

Dr. Molla will found the St. Gianna Beretta Molla and Pietro Molla International Center for Family and Life as a peaceful place of prayer and learning (named after her parents).

Dr. Molla's mother, St. Gianna, is a popular Italian saint known as the patron of mothers, families and unborn babies. In 1961, St. Gianna was on her fourth pregnancy and developed a tumor on her uterus. Doctors gave her a choice between aborting the baby to save her life or removing the tumor to preserve the child.

Saint Gianna chose to remove the tumor. She told doctors and her family, "If you must decide between me and the child, do not hesitate; choose the child. I insist on it. Save the baby." Dr. Molla was the baby born, and St. Gianna died a week after.

Devotion to St. Gianna grew, and after a number of miracles for pregnant mothers, she was canonized. Saint Gianna is loved throughout the world.

Dr. Molla noted that the diocese of Springfield is a central location for pilgrims to access.

Dr. Molla: "So the main reason we chose Springfield is because there is a very good, faithful bishop, Bp. Paprocki. He shares our mission to promote family according to God's project and the sacredness of human life from conception to the last breath."

The St. Gianna center will be a beacon of light, promoting holy families and the sanctity of unborn life. The pro-life, pro-family center is expected to draw tens of thousands of pilgrims to Springfield every year from around the world. 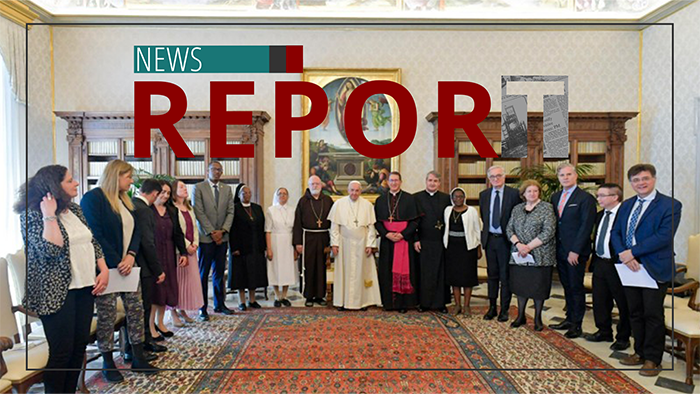 ‘Propose Better Methods’
Commission ordered to figure it out